Home Food For Thought Pervert Who Masturbated At 2 Girls In Mumbai Gets Caught And The...

Justice is served. After 10 days of being subjected to something that no woman ever deserves, Isha Chitnis, a brave Mumbai resident fought not just for her, but million other girls who never voiced their plights because they were embarrassed.

Yesterday, we informed you about the nightmarish account of two girls who were masturbated at by a pervert inside the D-6 coach of Tapovan Express at CSMT on June 29. Isha took the video of the scene and presented it as proof to the police. 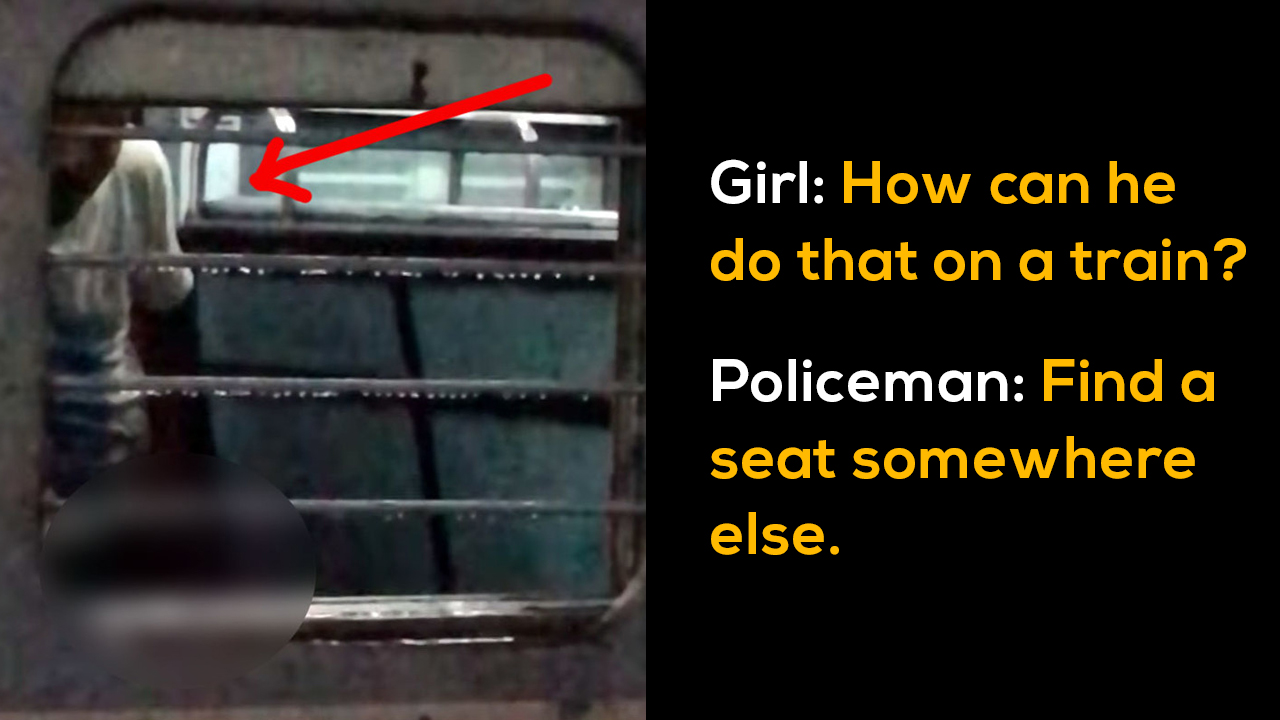 She kept tweeting to the railway ministry but there was no response. On July 11, after she wrote a blog describing the horrific incident, it started getting attention.

DRM soon responded to the tweet and prompt action was taken by the police. The accuser, Ashok Pradhan was caught within 6 hours of Isha’s story going viral. Police offered to come to Isha’s residence to register the FIR, but as she was out of town, they processed her e-mail as an FIR.

Pervert who had targeted 2 young women at CST held https://t.co/lkGci7BhDZ

Government Railway Police Asst. Commissioner, Machindra Chavan spoke to TOI and said that Ashok is originally from Bhubaneswar and works as a mason. He will soon be presented to the metropolitan magistrate after the identification happens. About the cop who did not co-operate Chavan said,

“The constable who had not cooperated with the victims has been identified. He will be suspended and a departmental inquiry conducted.”

And that is what happens when you keep fighting and don’t back down. Thank you, Isha for speaking up for yourself and giving the courage to many others to speak up!