Last night’s India vs Pakistan cricket match had bittersweet moments. Bitter because team India lost; sweet because Virat Kohli and MS Dhoni congratulated Pakistan cricketers on their win, reminding us of the spirit of cricket.

However, Indian bowler Mohammed Shami has been on the receiving end of immense hate on social media.

Mohammed shami had an off day today, the amount of abuses he is receiving from this rotten society is just because of his name. Team india today took a knee for BLM, can captain @imVkohli and team stand for shami? Or for they are just worried for Black life. pic.twitter.com/N0n3lklUFm

These comments on Mohammed Shami's post after the loss say it all pic.twitter.com/vxtyhLOEco 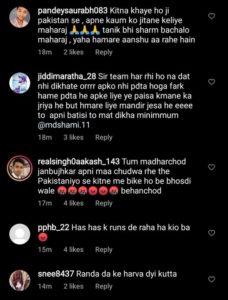 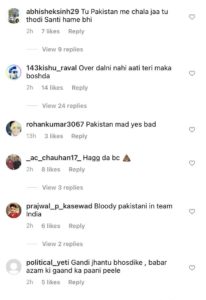 On the brighter side, many Indians showered their support on Shami and slammed those abusing him. Some even addressed the Indian Cricket Team, asking them to raise their voice in support of Shami.

#MohammedShami was one of 11 players who lost last night, he wasn’t the only player on the field. Team India your BLM knee taking counts for nothing if you can’t stand up for your team mate who is being horribly abused & trolled on social media.

We love you Mohammed Shami. Yes we’re disappointed. But am sure you’re a lot more heartbroken than any of us. And am sure the team and you will play better than last night. Sorry about some of us. Horrible. We’ll be cheering for you come next game. You’ll never walk alone. ❤️❤️💪🏽

Disgraceful and bigoted attack on #MohammedShami. Shame on trolls for miring the Indian team in unnecessary controversy.

What is happening to Mohammed Shami is totally unacceptable. If the team can't even stand up for their own teammate it is shameful. Instead of taking a knee it may help if they grew a spine. #T20WorldCup #MohammedShami

In next match, Indian team should take a knee for Mohammed Shami.

It is downright disappointing to see people abusing Mohammed Shami, a bright Indian cricketer, for absolutely no fault of his own.