Owing to coronavirus lockdowns, most of us are working from home and attending business meetings through Zoom video conferencing. However, over the past few weeks, disturbing reports about the app sending user data to Facebook have emerged. In addition, chinks have been found in the armour which enable hackers to hijack meetings, steal passwords and gain unauthorized access to the mic and camera.

The company faced a class-action lawsuit even as hacked accounts were sold on the dark web. David Heinemeier Hansson, the creator of Ruby on Rails and co-founder & CTO at Basecamp also questioned the brand’s claim that video calls were end-to-end encrypted among other privacy glitches.

"The Zoom app notifies Facebook when the user opens the app, details on the user's device.., [their] time zone and city, which phone carrier.., and a unique advertiser identifier.. which companies can use to target a user with advertisements", WTF 😭 https://t.co/KxpdLk55g4

Here is how the CEO of the company responded:

Thank you! New users including K-12 schools are using Zoom now, sometimes the security features are not enabled like password, waiting room, lock meeting etc. We will enforce these settings in addition to training and blogs. I have 3 kids and they are also on Zoom. Thank you!

But the stream of privacy troubles of Zoom hasn’t stopped since.

New: hackers are selling two critical Zoom zero-days, one for Windows, and one for MacOS.

The Windows zero-day is an RCE on sale for $500,000, and is "perfect for industrial espionage," according to one of our sources. https://t.co/eMcRFHUsP2

Now, The Cyber Coordination Centre of the Ministry of Home Affairs (MHA), Govt of India, has issued an advisory saying Zoom is not a safe platform, reports The Hindu.

According to News18, the advisory recommends following safe practices such as the lock meeting option, a new ID and password for every meeting, waiting room feature, disabling the “Allow removed participants to re-join” option and restricting the recording feature. 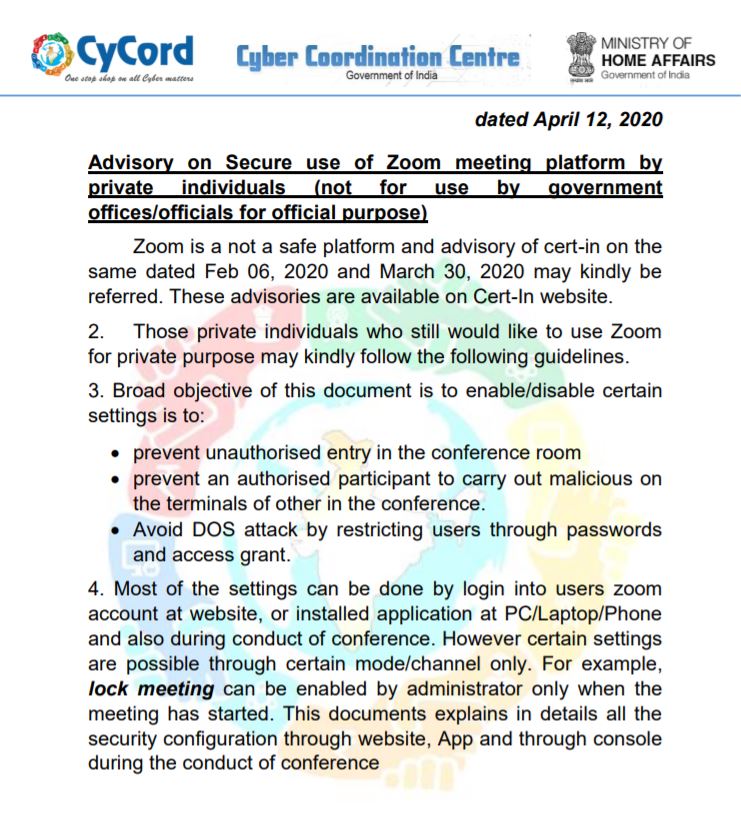 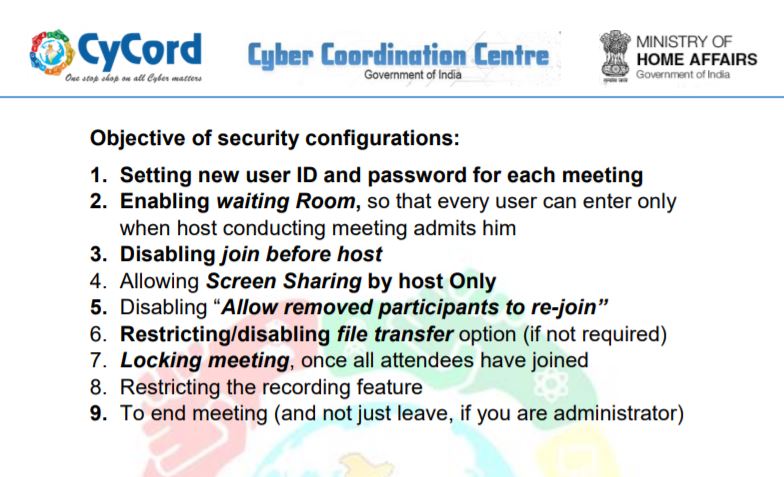 Technology makes our lives easier but it may sometimes come at a price as evident with all the privacy and security issues on Zoom. Having said that, even if we cannot completely eliminate our dependence on the platform, we can at least take the above-mentioned precautions to safeguard our data. Stay alert, stay safe folks.

Soha Explains The Importance Of Fans’ Role In Making Sure Actors...