It is great to see how Indian television is slowly letting go of the age-old formulaic narratives and finally welcoming fresh and unconventional storylines which are relatable to the new generation. A few months ago, we saw how Patiala Babes told the story of a daughter who got her mother remarried and it was groundbreaking! And now, SONY’s latest show is breaking stereotypes on different levels.

Telling the story of a widowed father, his only daughter, and another middle-aged-lady who hilariously enters their lives, Mere Dad Ki Dulhan is refreshing in so many ways. The best aspect of the show is its characters. Ambar Sharma is an overprotective and nagging yet fun-loving dad whose character is like a breath of fresh air. He isn’t the quintessential white kurta-pyjama, deep-voiced father whom the daughter fears. In fact, he roams around in a T-shirt and shorts with chappals, making sandwiches. His arrogance also comes with brilliantly written comical dialogues. 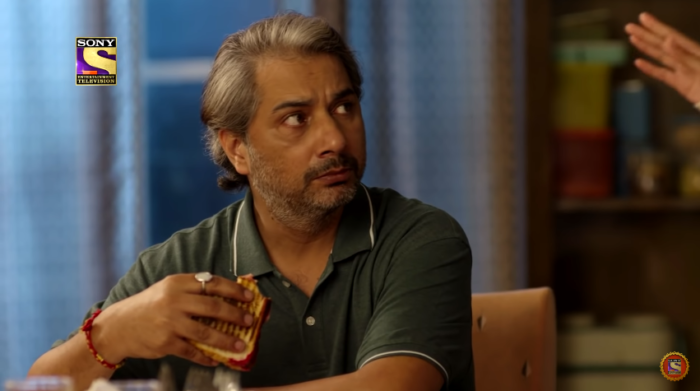 His daughter, Niya, is a 24-year-old app genius who has left a mark in the corporate world with her latest hit online dating app. She isn’t a conventional female TV serial character either. She fixes electric lines when there’s no current for 6 hours and doesn’t flinch from calling her dad out for being a pain sometimes. She is adorable and feisty, and we love this combination! Another character whom we absolutely adore is that of Guneet Sikka – a 40-year-old single woman living with her mother who, by the looks of the trailer, will soon become Ambar’s love interest. Instead of being shamed numerous times by her mother for being single at the age of 40,  she is happy for she has a roof over her head and food to eat. She has also tried searching love online but failed, like so many of us! 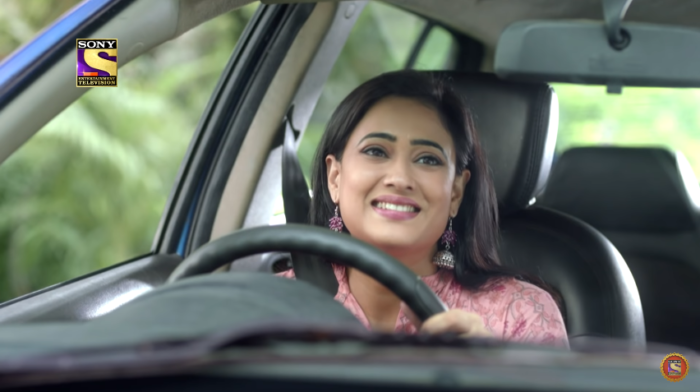 Now, coming to the points which need a special mention which makes the show a truly enjoyable watch:

The cast! We see veteran TV actors like Shweta Tiwari and Varun Badola in one frame and till now, there has never been a dull moment. Anjali Tartari, the actor who plays Niya, does quite the impressive job in portraying the character’s doubts and emotions.

However, one aspect which steals the show is the portrayal of the kind of father-daughter relationship which breaks away from many conventions. Like how the two take turns to cook a meal, how the two can talk about female undergarments without any awkwardness, or how the father is possessive about his daughter dating but expresses it in the cutest way. In a scene where Ambar thinks Niya is going out on a coffee date, he says, “Kisi ko coffee peeni hogi usse bolna ghar pe ajaye, papa bohot acche coffee banate hai!” There also comes a point where Niya gets an offer to go to the US, Ambar isn’t the typical Amrish-Puri-like father who says, “Jaa Simran Jaa, jee le apni zindegi”. Instead, he buys himself a phone so that he can call her via WhatsApp and not spend money over ISD calls!

With so many platforms having already discussed widow-remarriage, not many of them have touched upon the fact that even widowers need and long for companionship after a certain stage. This important message is the essence of the entire show. Mere Dad Ki Dulhan also gets brownie points for touching upon a very significant issue of today’s generation – conmen on dating apps. It shows how people create fake social media/online dating accounts and successfully con people and rob them of their money.

A mature cast, evolved and relatable storyline, brilliantly written dialogues, and the frequent insertion of comic scenes make Mere Dad Ki Dulhan such a fun watch. And people on the internet are saying the same. Have a look:

Y’all have got to watch #MereDadKiDulhan
So amazing..beyond words tbh!touching the topic of single parenting and showing the life and relations of a father daughter duo so perfectly..Shook!
If only this gets its recognition and maintains its level!
One of the best so far❤️

What a lovely first episode, it was real, it was honest, it warmed my heart and then broke it. It captured everything a father daughter relationship stands for, the entire "cannot live with them but cannot live without them" sentiment translated beautifully.#MereDadKiDulhan pic.twitter.com/okdJ95BIng

Epi 3 of #MereDadKiDulhan is such an emotional roller coaster between dad & daughter. For anyone who has left home in late teens or early 20's you will relate to each scene. @varunbadola7 is a class apart. What a breather of a show from the cliched love stories.

If you haven’t yet had a look, watch the trailer here:

The first few episodes have been a delight so far and we can’t wait for the rest of the story to unfold! So, I’ll be hooked on to Sony, Monday to Thursday at 10 PM. I absolutely love where the new generation TV serials are headed!