A month ago, Madras High Court had directed the Tamil Nadu medical board to revamp its curriculum and remove insensitive references made regarding the LGBTQ+ community. Following this, the Kerala high court informed the medical education board to remove queer-phobic contents in MBBS textbooks.

And now, the National Medical Commission has directed all medical colleges to remove “unscientific” and “derogatory” remarks about the LGBTQIA+ community from MBBS textbooks, reports The Indian Express.

“It has been noted that the various textbooks of medical education mainly of Forensic Medicine & Toxicology subject and Psychiatry subject contains unscientific information about virginity and also contains derogatory remarks against LGBTQIA+ Community and homosexuals,” the National Medical Board stated.

Responding to this incident, Dr. Trinetra Haldar Gummaraju, a trans woman, took to Instagram to reveal the various derogatory content against homosexuality, trans-sexuality, virginity, etc. found in MBBS textbooks that are taught to students.

Pictures show how lesbians are called “mentally deranged”, lesbianism a “sexual offence”, and transvestism (dress in the clothing of the opposite sex) a “sexual perversion”. These are pictures taken from Reddy’s Forensics and Shaw’s Gynecology, she revealed. 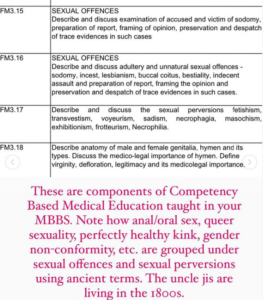 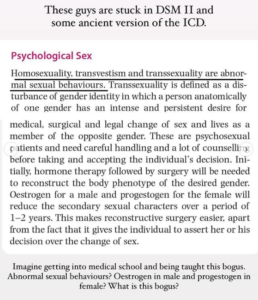 “I remember attending these lectures and having such major anxiety, I could barely make it to class. Imagine being taught amongst fellow medical students that your queer identity is meant to be diagnosed, poked, prodded, fixed with hormones and corrective surgery, until you’re declared healthy and non-queer,” wrote Trinetra. 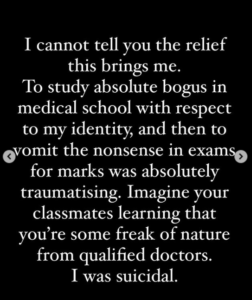 Several people online showered their support on Trinetra and expressed their shock at such unscientific and regressive things being taught to students. Here’s what some of them said: 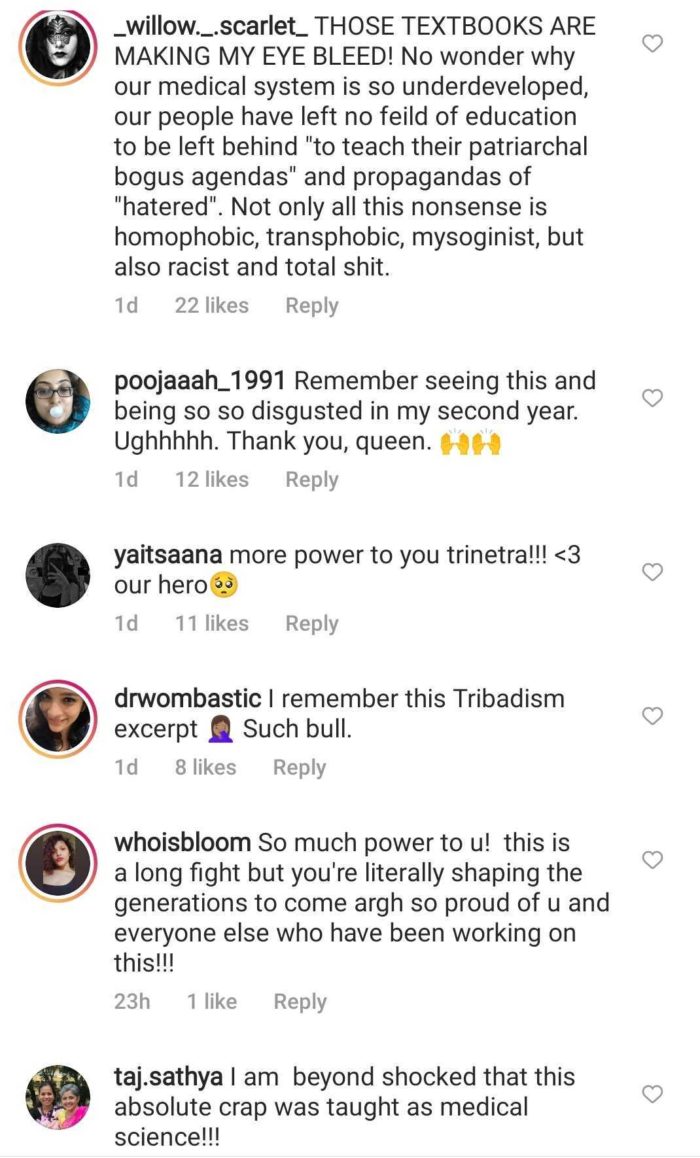 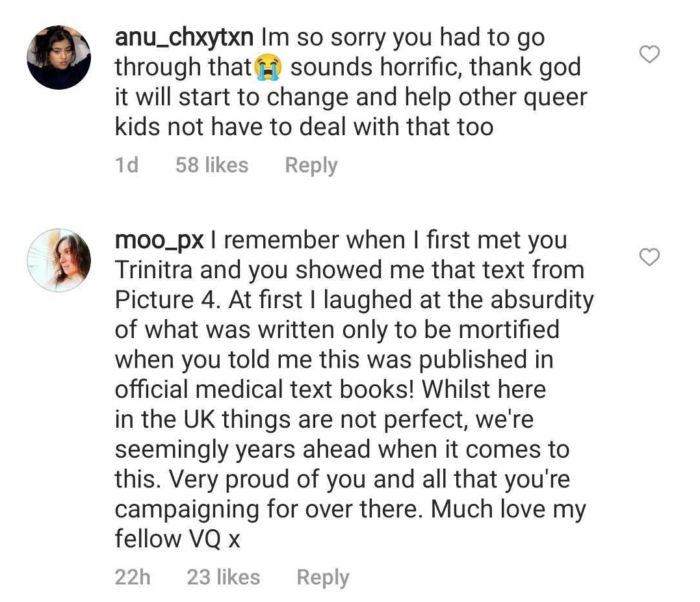 All medical colleges, universities, and institutions have been asked to reject textbooks that contain “unscientific, derogatory, and discriminatory information about virginity, LGBTQIA+ community, and homosexuals”, reported IE.

This is a big win for the LGBTQ+ community!