There are several ills that plague the film industry and the movies that come out of it. Colourism, racism, sexism, misrepresentation still exist in mainstream cinema even though there is a movement in place pushing for better scripts and characters. However, there’s one thing that still continues despite several debates, and that is a female actor being cast alongside a male actor who is twice her age.

Recently, the official teaser for the Akshay Kumar starrer ‘Prithviraj’ dropped online. What immediately grasped the attention of people is that 24-year-old Manushi Chhillar has been cast alongside 54-year-old Akshay Kumar. 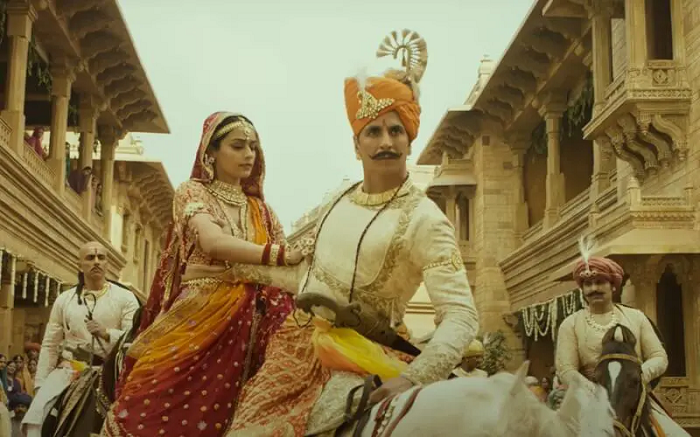 You may have a look at the teaser here:

Not just Akshay Kumar, but working alongside way younger female actors is something most of his contemporaries including Shahrukh, Salman, Aamir, Ajay Devgn, etc. are guilty of. Several people slammed the film and its makers for promoting ageism. Have a look:

Just a reminder that @akshaykumar is 54-year-old man with a Canadian passport romancing an actress who is 24 years old.

We need to pick our heroes more carefully. https://t.co/sj6F58QANi

akshay kumar needs to get a grip. how tf can a 54 actor be paired with a 24 year old actress? it’s disgusting 🤢

Prithviraj Chauhan died at the age of 43, and the actor portraying him is, well, 54.

Sadly Bollywood has no actor below 50. However, Ms. Chillar, the actress portraying, Sanyogita is 24. Bollywood’s another misfortune, no actress around 50, so the kid had to do it. #Ageism rocks

And that's bollywood lovestory for you.

Manushi will play the role of Akshay's wife in Prithviraj.

Casting younger female actors beside older male actors only further the notion that a female actor is desirable and worthy of work only when she is young. This is one of the reasons why so many older yet extremely talented female actors struggle to find projects. Earlier, at the age of 62, Neena Gupta went public and asked for work.

What are your views on this issue? Tell us!