Global warming and climate change have become the most dangerous threat to human life in the world. People at social, political and individual levels are taking efforts to curb the growing pollution. One such effort taken by the New Delhi Municipal Council is the ‘vertical gardens project’.

As a part of this project, the Delhi government is setting up vertical gardens on metro and overbridge pillars across NCR. But many instances show citizens exploiting the facilities given to them by the government.

From robbing the Indian Railways of blankets and bedsheets to stealing iron rods and raw material from a construction site, people find ways to take advantage of the facilities given to them.

In a similar case, a video of a man stealing plant pots from a vertical garden in the capital surfaced on social media. This did not go down well with the netizens and they slammed the man for his insensitive and unethical act. 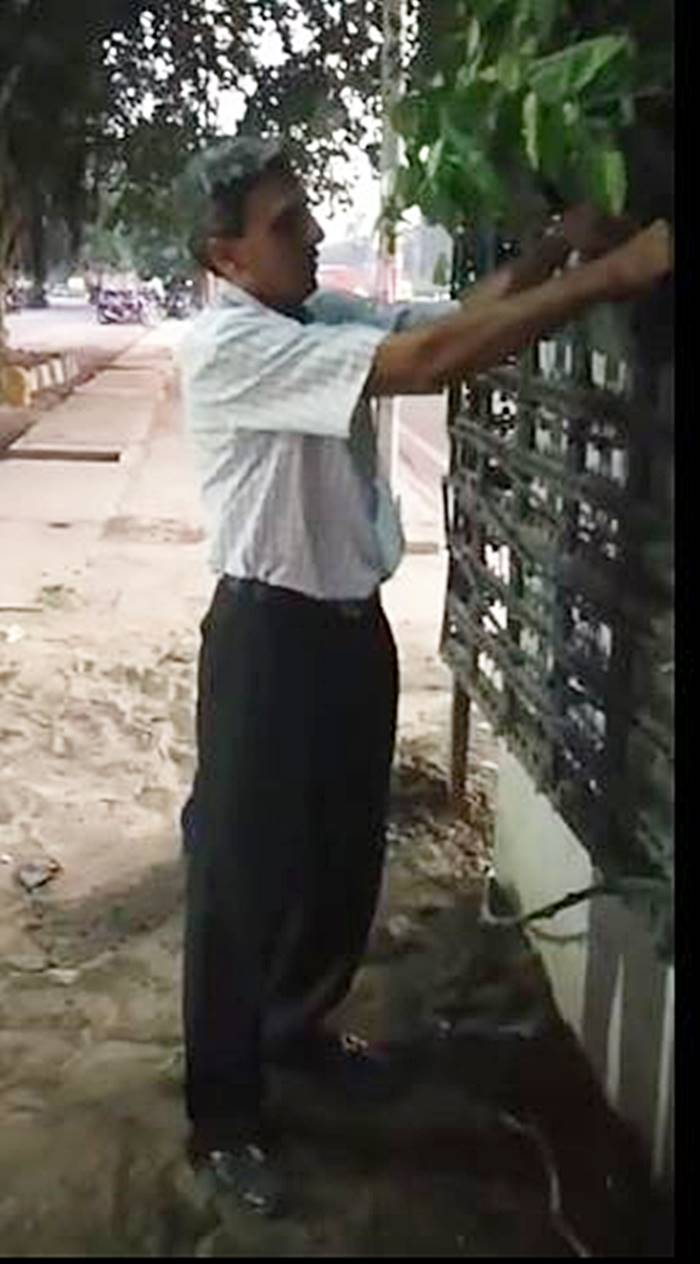 A Facebook user, Dikshit Sharma shared another video of the same old man from the previous clip. The man is seen saying in the video that he took away the pots to put them in an MCD park. He says that he has brought the planters back and kept them in their original place. He also apologizes for stealing the pots in the video.

Dikshit also claimed to be the one behind the previous viral video of the old man.

“I have got the contact number of Mr. Gyanesh Kumar Verma,(gamlaa Chor uncle ji). I called him and asked to put those pots back, initially he refused to do so. I acted as an MCD official and told about the challan or raid by MCD officials at his residence in shalimar bagh AC Block. Then he agreed to come to the same place to put those pots back,” he wrote while sharing the apology video of the man.

Good morning india, Thanks for your share and comments on the GAMLA CHOR video posted by me on 8th, I didn't know the…

Der aaye durust aaye! We hope the man has learned a lesson for life and wouldn’t repeat this again.