If you have ever visited a zoo, you’d know that there are certain guidelines that all visitors need to follow. Some include not trying to scare the animals, throw stones at them, try to excite them, and maintaining some distance from the fencing. Climbing the fence and sneaking into animal enclosures are strictly prohibited for safety purposes. However, one man in Delhi didn’t get the memo.

According to a report by Hindustan Times, a 21-year-old man climbed into a lion enclosure in a Delhi zoo. He sat on the ground extremely close to the lion and even went on to lie down! 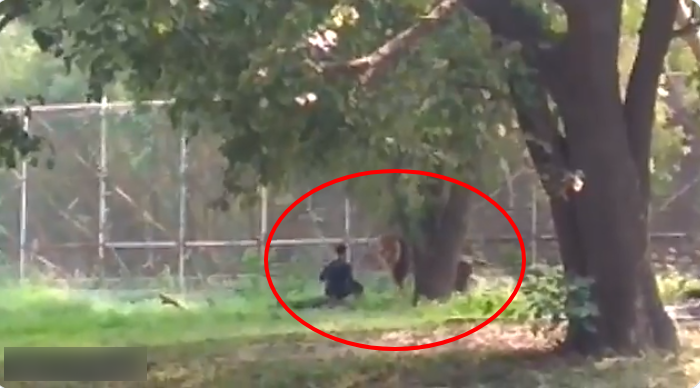 In a video shared by The Indian Express of the incident, the lion can be seen standing calmly for a while but later appeared to climb on the man. He was quickly saved by the zoo officials.

The Deputy Commissioner of Police revealed that the man was able to enter the enclosure by “scaling the iron grill that serves as a fence” around it. 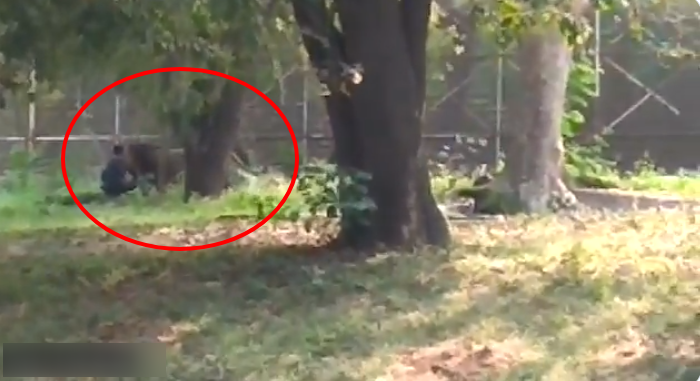 He also revealed, “The man belongs to Seelampur in north-east Delhi and is mentally disturbed. We have sent him to a hospital for medical examination. He is unhurt.”

Thankfully, the lion was calm and left him unharmed. Zoo visitors should always follow the safety guidelines. In case it’s someone with a mental/physical disability then they should be strictly monitored by a guardian!

Two Thieves Driving Stolen Cars Crash Into Each Other, Both Arrested