Man Climbs Electric Pole Just To Do Sit-ups On It, Causes Power Cut In Thousands Of Homes

From throwing coins into a plane engine for ‘good luck’ to making employees drink urine for underperformance, people have done a lot of questionable things. And this Chinese man is giving them a run for their money.

According to News18, an unnamed man climbed atop an electric pole to do sit-ups on it. We kid you not, he actually pulled off the dangerous stunt on the outskirts of the southwestern city of Chengdu.

Following his antics, emergency services, including medical personnel, rushed to the scene and the electricity department had to shut down the electric supply in the area leading to a massive blackout. Thousands of people in the area had to sit in darkness because this man, suspended about 10 meters (30 feet) in the air, was performing a stomach crunch off the top of the pole. 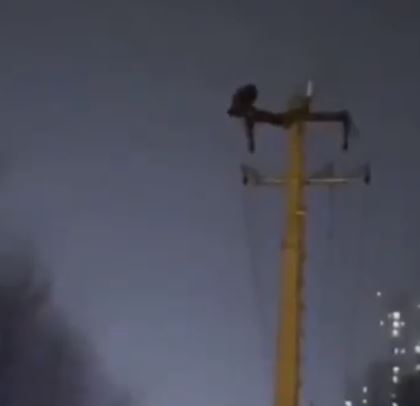 It’s unclear what prompted him to go to this height. However, the sudden power cut annoyed a lot of residents of the area. “I was annoyed because of no electricity and when I see the news and know the reason, I feel annoyed and amused at the same time,” Gulf News quoted an affected resident saying so.

The most mind-boggling behavior ever! Man was found doing sit-ups on the overhead power line in SW China's Chengdu, leading to a widespread power outage, affecting tens of thousands of residents. The police have detained the man. pic.twitter.com/Dl3DDc7qOX

Regardless of what the reason was, the man could have badly injured himself. Earlier, a Telangana man walked on high-tension electric wires to remove a branch. We hope better sense prevails and people stop taking such deadly risks.