Home Animals Man’s Happy Dance With A Stray Dog At Midnight Ends With Them...

We know how crazy a dog lover can get when they see an adorable pooch wagging their tail and running towards them. And when a slightly inebriated animal lover spots a doggo at a party, one can only imagine how happy both of them would be. Well, if think this could result in a low-key ‘paw-shake’, then let me tell you about the guy whose video is going viral for his happy dance with a doggo.

In CCTV footage, a man can be seen dancing with a stray dog on the streets at night. Even the doggo looks excited and amazed on seeing the human this delighted. According to News18, the video can be traced to Turkey. The man in the video is allegedly someone named Metin Can Şener who was so overjoyed on seeing a stray dog on his way back home that he started dancing with him on the streets in the wee hours. Even the doggo can be seen running towards the drunk man while wagging his tail.

The video was also shared on Reddit a day ago.

People have since then flooded the thread with comments where many say it’s precisely what they do with their pets back home. 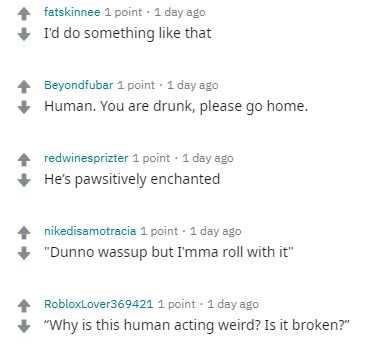 Reportedly, both of them became really good friends after that night.

Isn’t this every dog lover ever?