I’m no expert but I guess one of the most important things about marriage is exclusivity. You’re supposed to be bound to one person for life and if things don’t work out, you can always get a divorce. Some people also have open marriages in which the husband or the wife or both can date and have sexual relations with other people.

Which is why it was so strange for me when a man took to Reddit under the subreddit r/India to complain about his wife having an affair when he himself gave her permission to do so?! 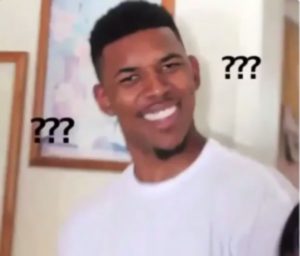 The guy is 25 years old and his wife is 24. They got married a year and a half back and it was an arranged marriage. What’s worse, it was a long-distance marriage as the two of them were living in different cities owing to their work.

One day, the wife tells the husband that there’s a guy at her office who was flirting with her.

“Due to work-related issues, we were separated in different cities and didn’t get to spend much time with each other. But we did get really close due to regular calls and texts. After a few months, she tells me casually that a guy from her office is meeting with her regularly and maybe borderline flirting. Given her past, I knew she would know how to handle this. A few days later, she tells me that he is “kind of cute”. Slowly I realize, she is interested in him as well,” he wrote.

Claiming to be an “open-minded” guy, he actually told his wife to go ahead and have a fling with the other dude to keep her “happy” in their long-distance relationship.

“Since I wasn’t physically there with her, I, being an open-minded asshole, told her to go ahead with him if she is interested (big mistake). She was shocked and changed the topic. A few days down the line, she asked me again if I meant what I said. I told her, she can go ahead if its a casual fun relationship (thought that it would make her happy, given our LDR).”

A few movie dates turn into a fling and then a fling turns into a live-in relationship.

“She assured me, it will just be movie or lunch dates and NOTHING more than that and I was completely fine with that. Of course it didn’t stop there. They would eventually make out, cuddle and have regular sex as well. Now she practically lives with him. We are still in separate cities.”

And now, he doesn’t know what to do.

“I don’t know what to do at this point, this is not what I wanted. I am trying to move to her city, but I don’t know if things would change. I have got attached to her and I don’t want to divorce. Even if I do divorce her, I would end up paying a lot in settlements. At this young age, it feels my life has been completely ruined.” 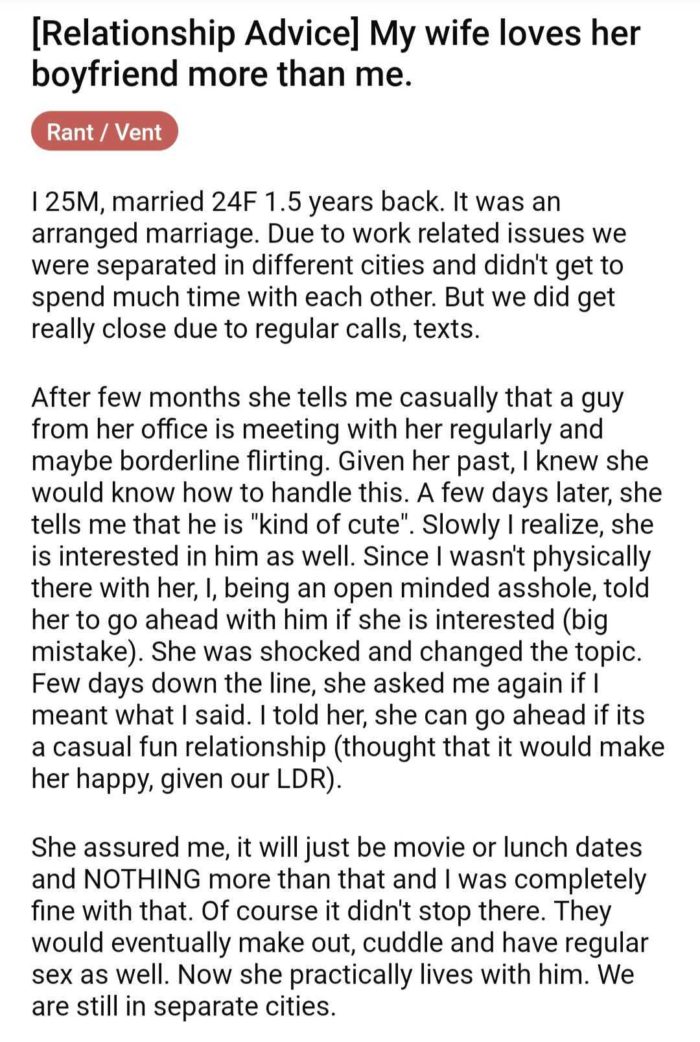 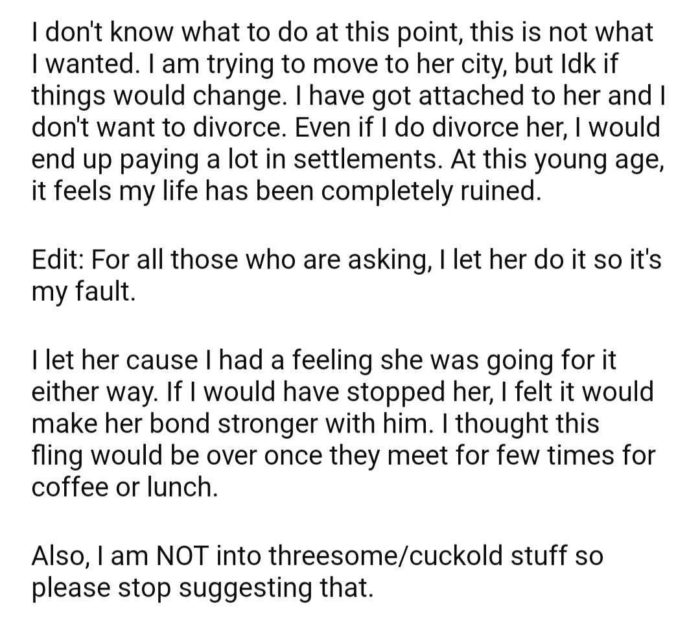 Just like me, people online weren’t sure what to take away from this post. After all, bruh did dig his own grave…

What do you think about this relationship dilemma?