Remember back in 2014 when a leading news channel sensationalised Deepika Padukone’s cleavage? It had started a much-needed conversation about the inappropriate, and quite frankly violating, gaze with which female celebrities from the film industry are viewed. It has been 8 years since, and turns out, leading news channels haven’t learnt a lesson.

A leading daily recently faced backlash online after they published a sexist article with Malaika Arora’s pictures. Have a look: 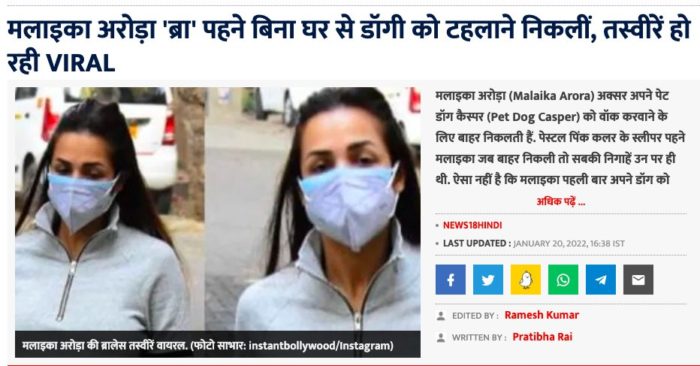 Not just this, several other news websites published similar articles where they wrote about Malaika Arora allegedly going “braless”. 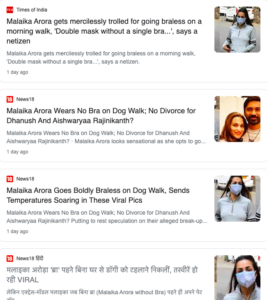 People online slammed the publications for not having basic decency and reminded them of the ethics of journalism. Have a look:

When most people go home after a hard day’s work, their families ask, “how was the day and what did you do?” I wonder how these TV anchors answer such questions when asked by their parents, their children. #News18, what do your staff tell their parents and children? Think. Think.

Such is the level of all media house!! It’s a long list pic.twitter.com/8sxKl1vw4O

Truly…. its her own personal choice. Why do some media houses deliberately interfere into other people’s life ?

@News18India have u lost all your senses everybody isn't expecting journalism from u but
This is truly shameful 😔😔@MalaikaArora https://t.co/dliaKRaap3

What in the fuckity fuck. @news18India @ZeeNews

And you know what really will be the 'funniest' part?
These articles will have the highest clicks.

What a female celebrity, rather any woman, chooses to wear is nobody’s business. Such sexualization of female celebrities by the media needs to stop.