Elusive couple Malaika Arora and Arjun Kapoor have given their fans and the media loads to speculate about. The rumoured couple has been spotted together at their friends’ parties and attending events, but have not yet officially acknowledged their relationship status.

However, that hasn’t stopped news about their impending marriage from circulating! Add to that, Arjun’s recent Koffee With Karan appearance and Karan Johar’s constant teasing of him and of his India’s Got Talent co-judge Malaika during his ‘Toodles’ videos on Instagram keeps fanning those flames even more!

Adding fuel to that already raging fire was a recent selfie that Malaika shared on her Instagram stories. She could be seen thanking her friend for her new necklace which had what appeared to be the initials ‘AM’ as the pendant.

Media wasted no time in jumping to theories about what or rather who the ‘A’ in the pendant stood for. Some assumed it simply stood for Malaika’s last name ‘Arora’. But a whole lot of them enthusiastically prattled on about the ‘A’ being the rumoured ‘A’ in her life, Arjun Kapoor.

Dousing these speculations with a whole lot of cold water, Malaika then posted another picture, not a selfie this time, to finally clear the air!

What most people didn’t catch in all that hyper enthusiasm was that since the first picture was a selfie, the pendant appeared reverse in the photo! Which, as Malaika clarified, means… 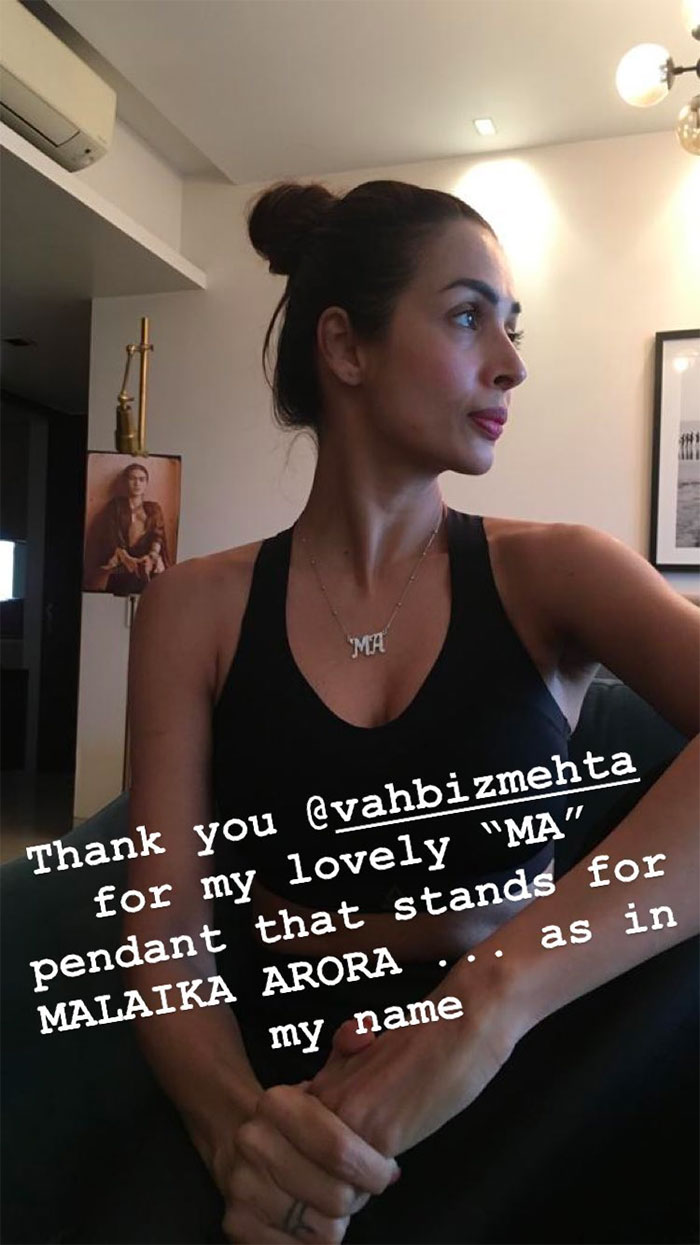 Hahahahaha! This would be the appropriate time to yell “Popat”! Surprisingly, while media was busy speculating what the pendant meant, there were many astute fans who made this deduction and declared that the pendant was not ‘AM’ but ‘MA’ for Malaika Arora! Kaafi smart!

So that’s that, right? Well, may be not! The guessing game continues! Malaika Arora has dropped the ‘Khan’ from her name on social media, which has led people to think she’s ready to take the next step in her relationship with Arjun Kapoor.

But hey, it’s all just conjecture for now! Thanks ya, KJo, for that perfect word! When it comes to Bollywood relationships, it’s our favourite too!