Arya Stark has been the only good thing in Game of Thrones season 8. A badass who took on the Night King and is now supposedly headed towards killing Daenerys (green eyes!), we will never get enough of her even after the show ends. 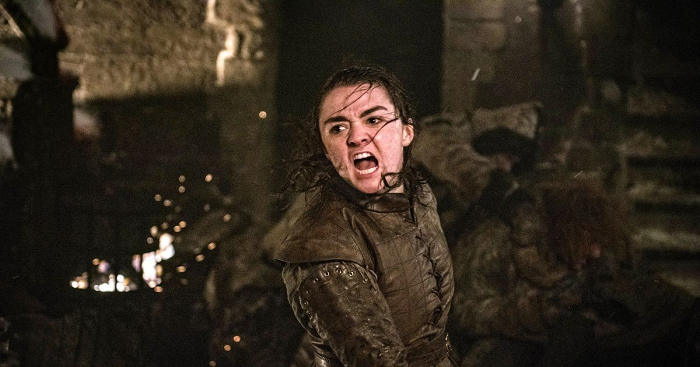 However, the actress who plays Arya Stark, Maisie Williams, recently opened up about her mental health journey. Just recently Sophie Turner aka Sansa Stark spoke about how she has been dealing with depression and GOT fans rooted for her.

And now, speaking on a podcast called Happy Place hosted by Fearne Cotton, Maisie revealed her experience dealing with depression.

Maisie accepted to being a victim of social media fame and the toxic culture that comes with it. Unable to deal with negative comments about her, she claimed to have felt “going down a rabbit hole”.

“I went through a huge period of my life where I’d tell myself every day that I hated myself. It got to a point where I’d be in a conversation with my friends and my mind would running and running, and I’d be thinking about all the stupid things I’ve said in my life and it would just race and race. We’d be talking and I’d be like ‘I hate myself’.”

feelin like a piece of heckin candy floss at @coach #nyfw

She revealed despite all the love she was getting from GOT fans, she would stay up till midnight and count all the things she hates about herself. In retrospect, Maisie understood that a lot of what she was feeling had something to do with her past.

“So many of these problems are really linked to things in your past. as soon as you start digging and start asking yourself bigger questions than: Why do I hate myself? It’s more: Why do you make yourself feel this way?”

Maisie is still struggling with her esteem, low confidence, and self-love, but she hopes to continue to work on them and get better. In the age of social media where everyone is trying to portray perfect lives on the internet when actually they feel miserable in real life, Maisie feels that dropping the “act” is the first step towards getting better.