Earlier this year, a man from Tamil Nadu was awarded the National Innovation Prize after he made a remote control toilet bed for his ailing wife. And now, we hope that the prize goes to this Ludhiana boy who took innovation to the next level!

According to a report by News18, a boy from Ludhiana has made a car-bike hybrid by replacing the handle of the bike with a steering wheel, attaching two seats over the bike, and adding a car’s bonnet to the front. 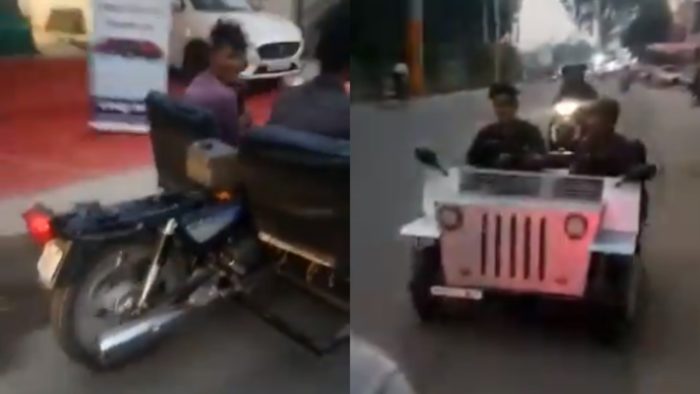 In a video that has been going viral, two guys can be seen sitting on the car-cum-bike. The posterior of the vehicle is that of a bike while the anterior is that of a car. As one of the guys drive it, the vehicle moves pretty smoothly on the road!

The person recording the video asked the boys if they made the hybrid themselves, to which they agreed. They went on to show him the gear knob and brakes and revealed that the entire enterprise cost them Rs 17,000. 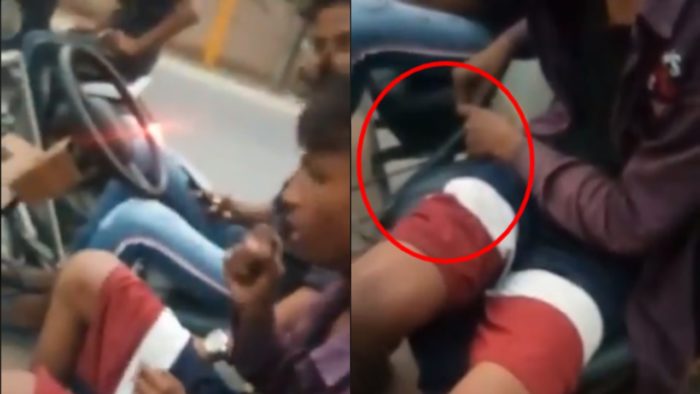 India has got talent. Made in Ludhiana pic.twitter.com/wsYOI7VhHs

We have real talent in this country. Jai ho.

India doesn't lack talent…it only requires proper address and a platform to showcase it!

India surely doesn’t have a dearth of innovation and talent! Can we hand them over the prize now?