If you think convincing conservative Indian parents to get you married to a person of your choice is difficult, then think about same-sex couples who not just have to fight their families but also need to stand strong against an orthodox society to finally stay together for the rest of their lives.

Adhila Nasarin and Fathima Noora also went through a lot of stress, torture, and mental trauma before the Kerala High Court finally granted them permission to live together, reported News18.

After fighting their families and knocking on the doors of the judiciary, the same-sex couple is finally living their best life. And to celebrate their union, they decided to do a wedding photoshoot wherein they posed as brides.

Talking about going ahead with the photo shoot, Adhila said, “We just tried the photoshoot because we thought the idea was interesting.” She also shared her tension to get married to the love of her life. “We’re not married yet, but at some point, we’d like to be.”

A report by NDTV suggests that they met in Saudi Arabia when they were students and later decided to live together. But their families objected to their relationship and asked them to get separated.

The women then decided to fight for their love and filed a petition in the Kerala High Court back in June. And finally last month, the court reunited the two women.

But despite being allowed legally to stay together, they do not have the rights of a married couple in India.

“If we fill out any form, they ask for a wife, husband, or father’s name. At my workplace and elsewhere, I still have to use my father’s name. We were at a hospital recently and had to give our fathers’ names. It was frustrating,” Adhila told BBC.

Their wedding photoshoot reflects the strong bond these women share with each other. Donning exquisite silver jewelry and dressed in embellished lehengas, the couple finally sees their dream come true.

Sealing it with a kiss.

They exchanged rings and garlands under a canopy by the seaside in Ernakulam district. 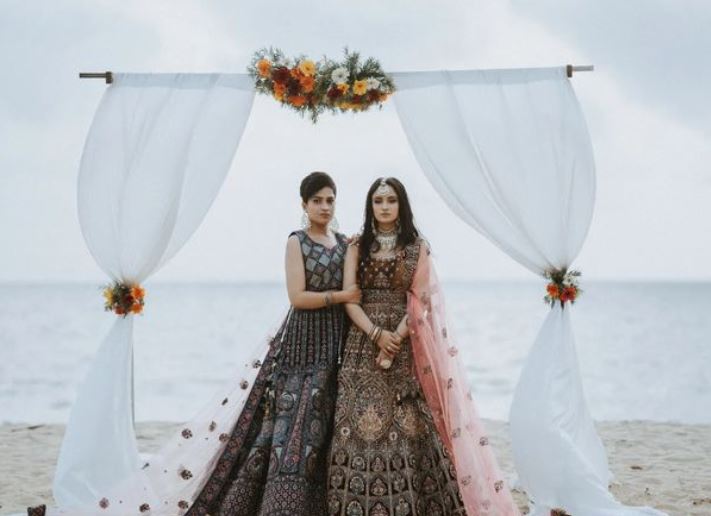 In another picture, Nasarin and Noora are seen holding a ‘Pride Flag’ colour cake. 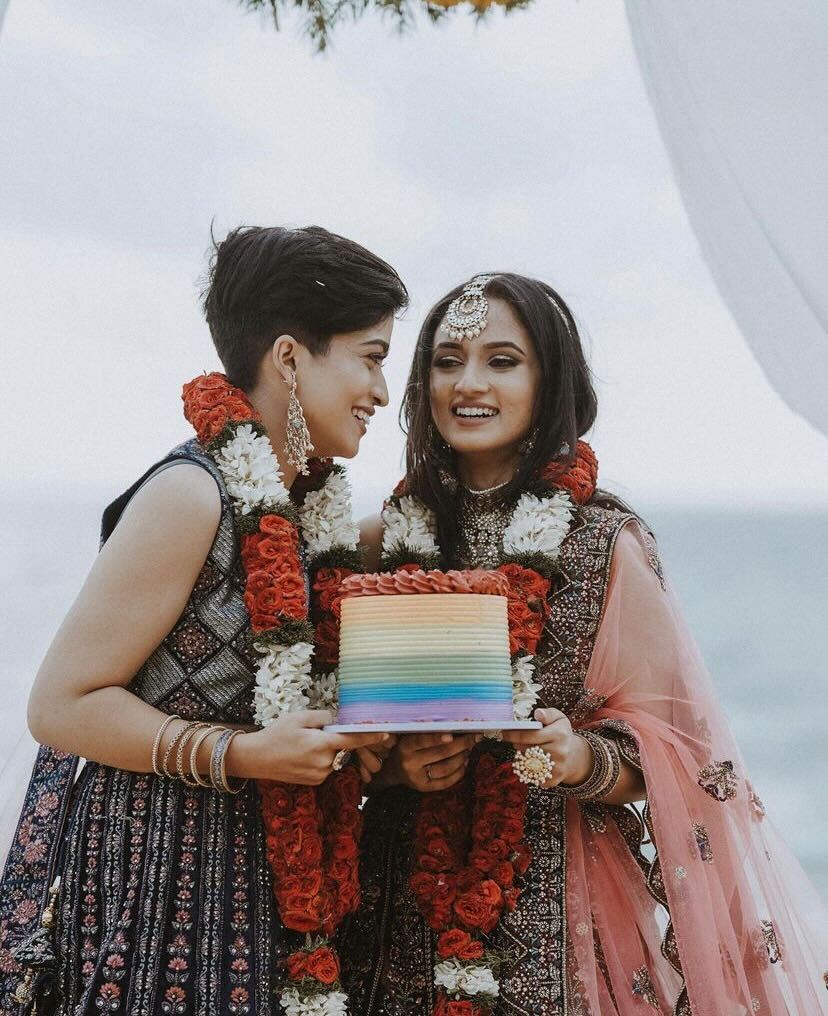 Moments that they will cherish for the rest of their lives. 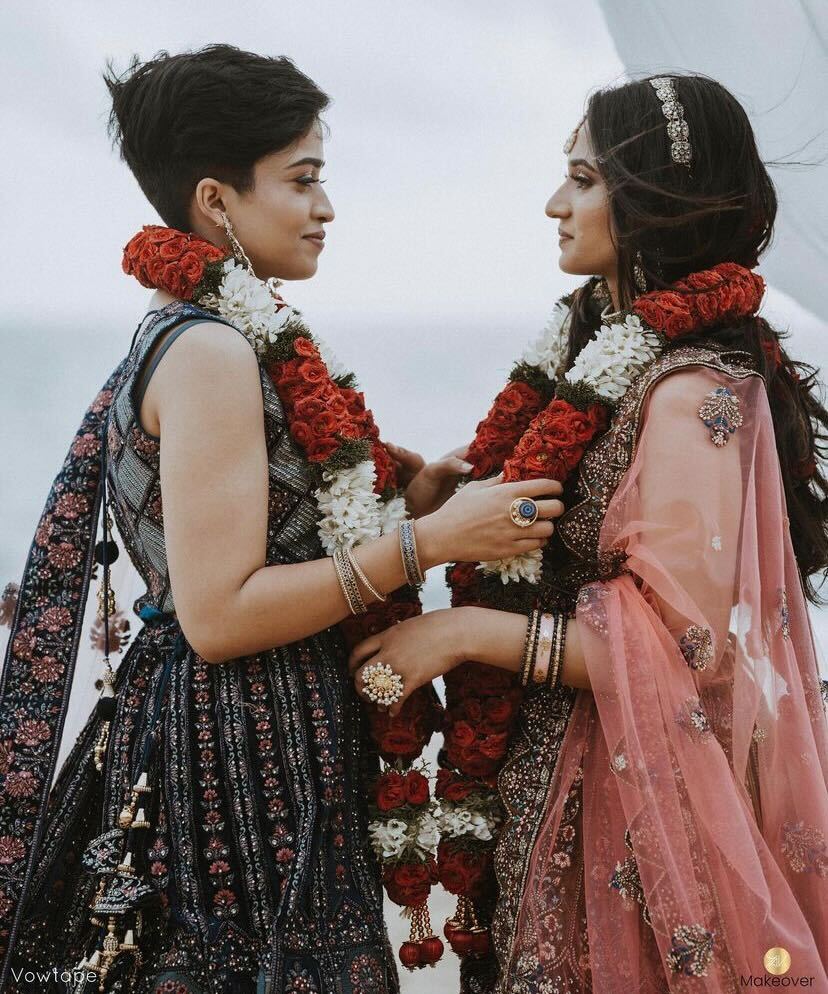 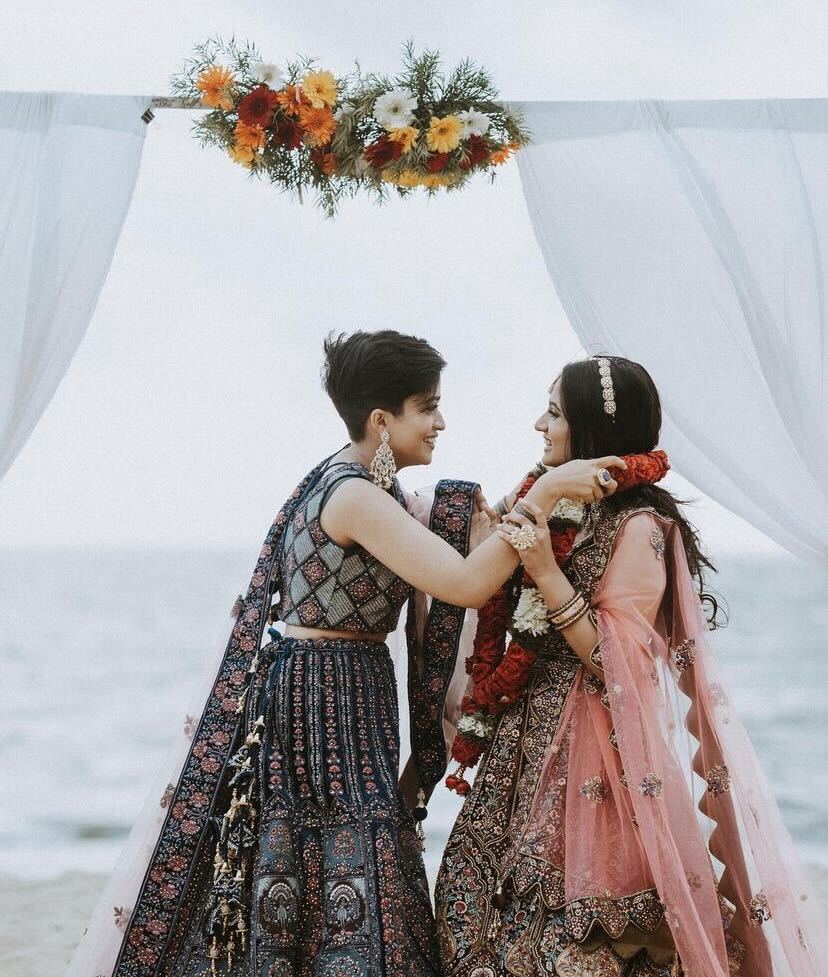 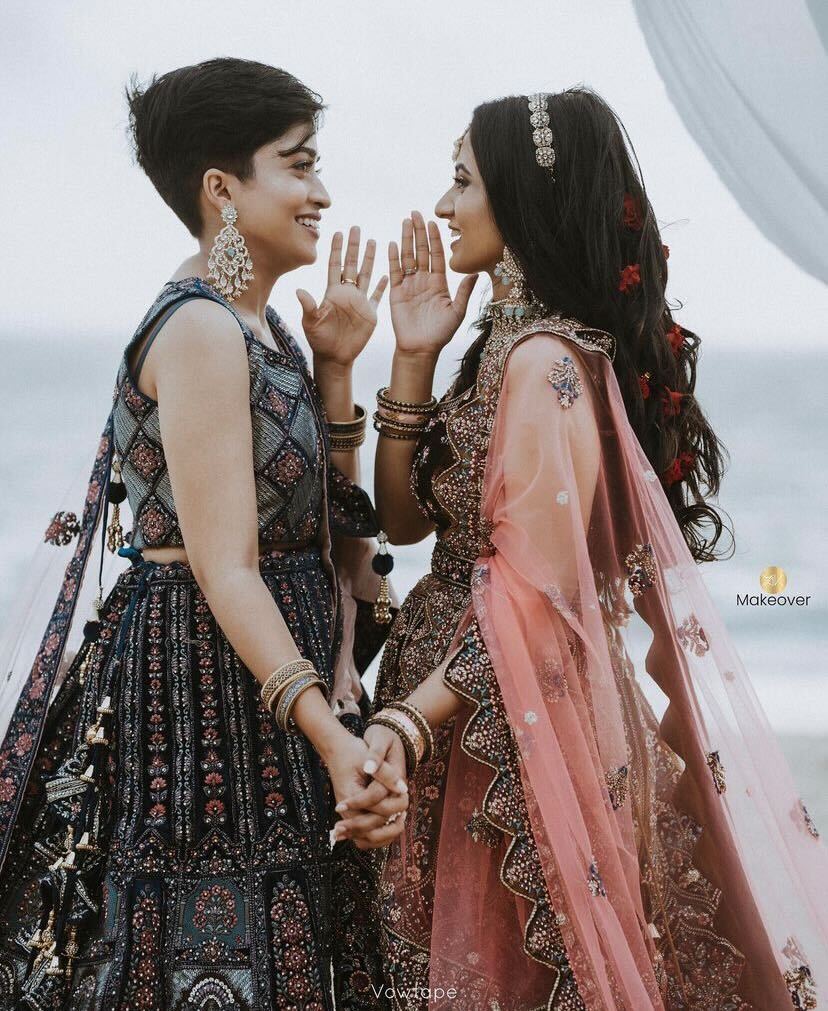 Back in 2018, the Supreme Court of India decriminalized consensual homosexual activities between adults. However, as of now, same-sex couples cannot legally get married in the country.

We hope they, along with other same-sex couples, get their due respect and privileges as other heterosexual couples soon.