What if you wake up in the morning and there is no water in the sink. You go to the loo, no water again. Your refrigerators are full of empty water bottles and your showers are dry. Quite frustrating right!

Well, this is what a majority of Indians are facing today. Some even have to walk miles to get access to adequate drinking water. Studies suggest, 21 cities in India including Delhi, Bengaluru, Chennai and Hyderabad will run out of groundwater by 2020, affecting around 100 million people.

This grave danger that many Indian cities are facing today caught the attention of the 44-year-old Oscar award winner, Leonardo DiCaprio who took to social media to highlight the water crisis in Chennai.“Only rain can save Chennai from this situation,” the post reads.

#Regram #RG @bbcnews: "Only rain can save Chennai from this situation." A well completely empty, and a city without water. The southern Indian city of Chennai is in crisis, after the four main water reservoirs ran completely dry. The acute water shortage has forced the city to scramble for urgent solutions and residents have to stand in line for hours to get water from government tanks. As the water levels depleted, hotels and restaurants started to shut down temporarily, and the air con was turned off in the city's metro. Officials in the city continue to try and find alternative sources of water – but the community continue to pray for rain. Tap the link in our bio to read more about Chennai's water crisis. (📸 Getty Images) #chennai #watercrisis #india #bbcnews

His post stirred a debate with people contemplating the causes of the water scarcity. 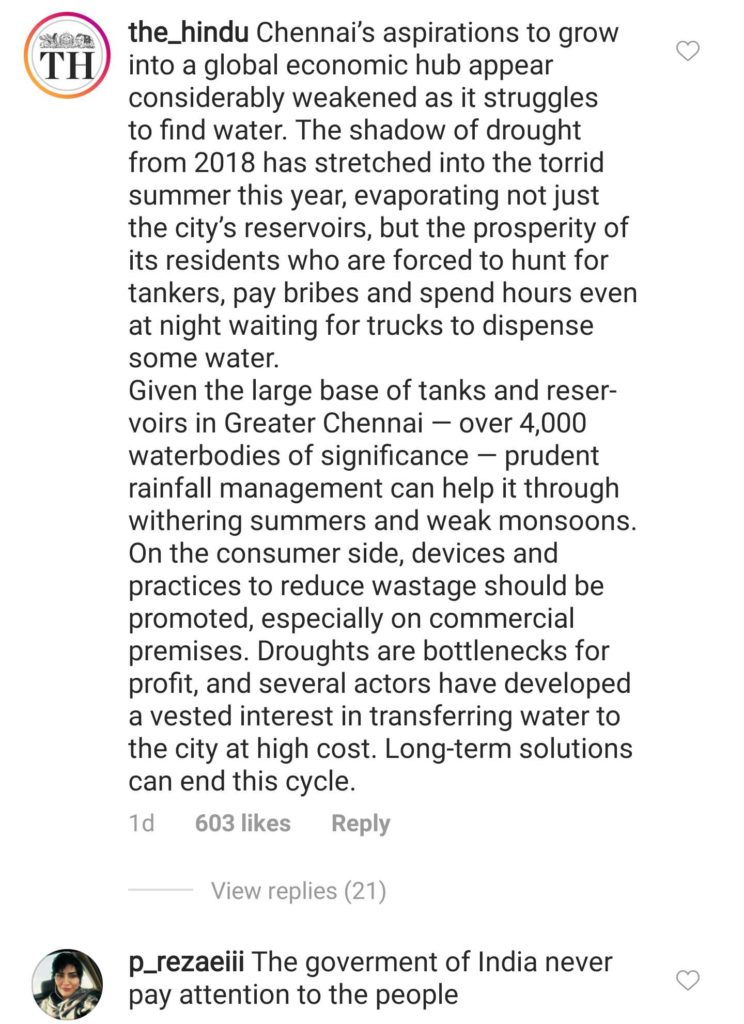 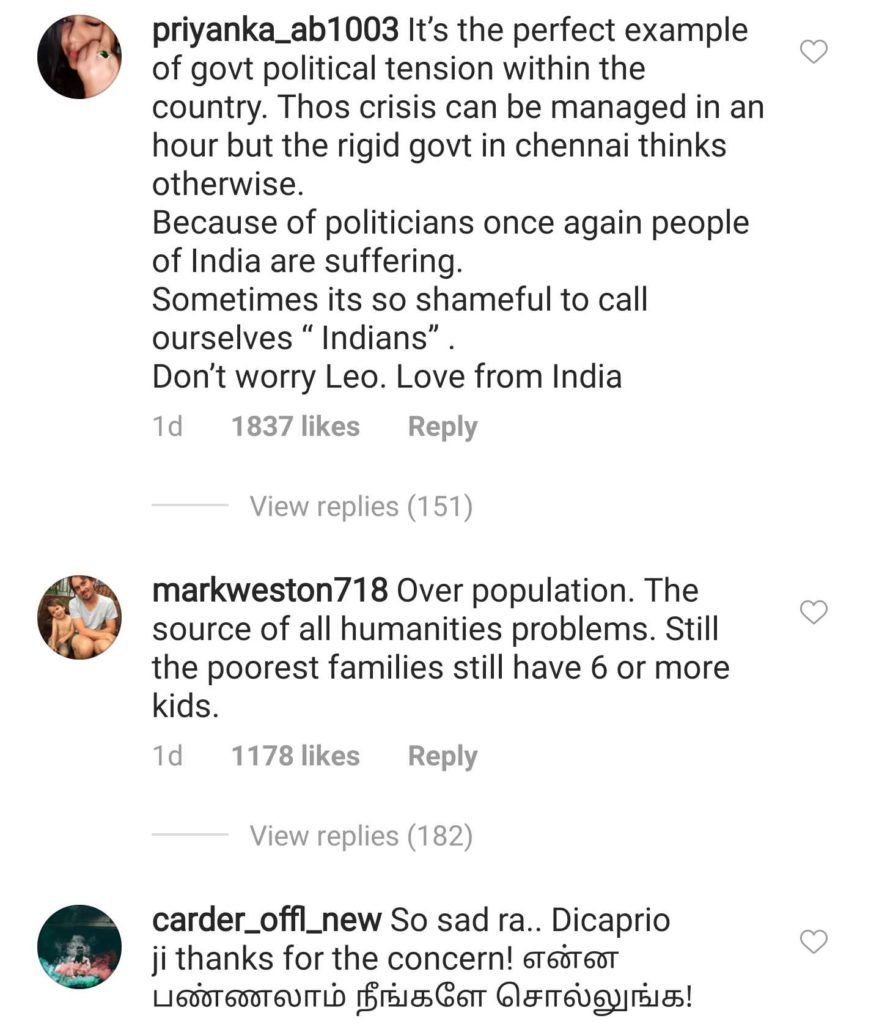 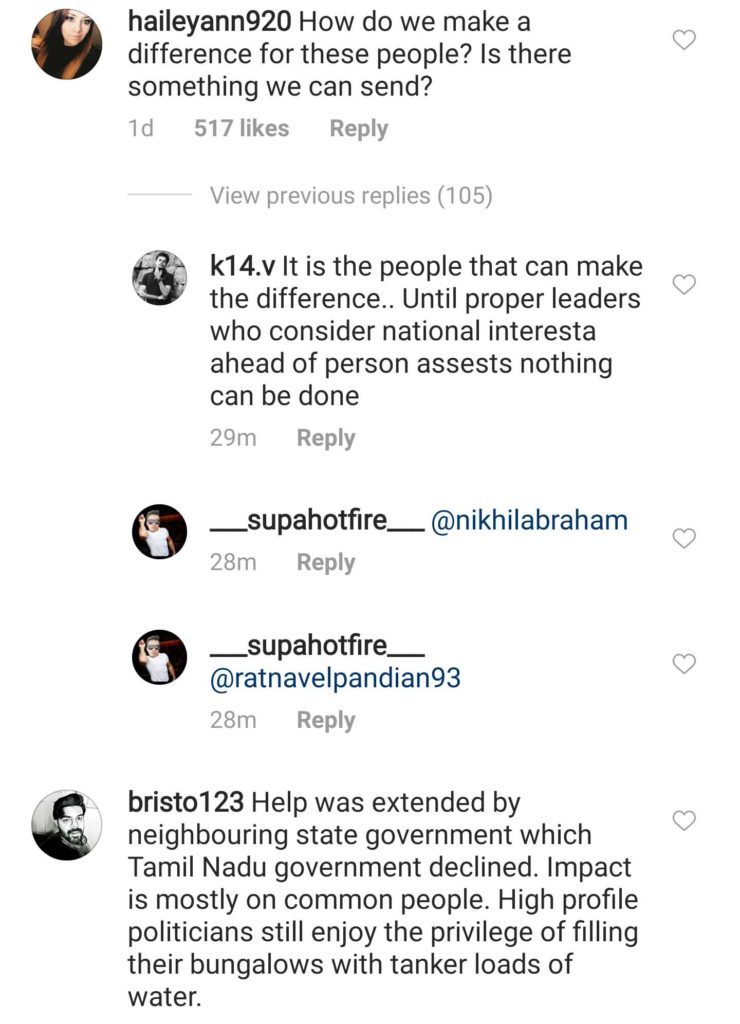 Leonardo DiCaprio shared a post by BBC that reads, “As the reservoirs started to run dry, many hotels and restaurants shut down temporarily. The Chennai metro has turned off air conditioning in the stations, while offices have asked staff to work from home in a bid to conserve water. The situation has also prompted clashes to break out between residents. Last week, police arrested a man for stabbing his neighbour during a fight over water-sharing in the neighbourhood.”

This is not the first time that actor and environmentalist, Leonardo DiCaprio has commented on such issues. His Instagram page is full of similar posts highlighting various environmental issues. He even posted about the 65 metre-high Ghazipur trash mountain in Uttar Pradesh that is rising 10 metres every year.

Taking cognisance of this grim reality, a community in Chennai saved thirty thousand litres of water in over an hour from its first showers. Evidently, rainwater harvesting and similar rainwater storage systems offer a fitting solution.

Let’s do our bit towards water conservation.