A couple of days ago, a Korean woman who goes by the name Mhyochi on social media platforms was harassed by two men in the streets of Mumbai while she was live streaming.

Her plight came to light when another Twitch streamer named Aditya (@Beaver_R6) shared her video online and asked the Mumbai Police to take necessary actions in the matter.

@MumbaiPolice A streamer from Korea was harassed by these boys in Khar last night while she was live streaming in front of a 1000+ people. This is disgusting and some action needs to be taken against them. This cannot go unpunished. pic.twitter.com/WuUEzfxTju

Soon after, the two accused were nabbed and sent to judicial custody.

Inspector @avinashn44 and his team who brought the culprits identified from @mhyochi's clip into custody within 2 hours of being informed. Big salute and thanks to these exceptional policemen. Thank you @MumbaiPolice pic.twitter.com/0QPF8WVraE

In this regard, a Twitter user named Girish Alva recently shared a new video wherein we can see that a guy, who was watching the woman’s live video, came to the spot where she was being harassed and rescued her from the two accused.

In the video, the man,  identified as Atharva, told Mhyochi that he saw her live stream and hurried to the scene. 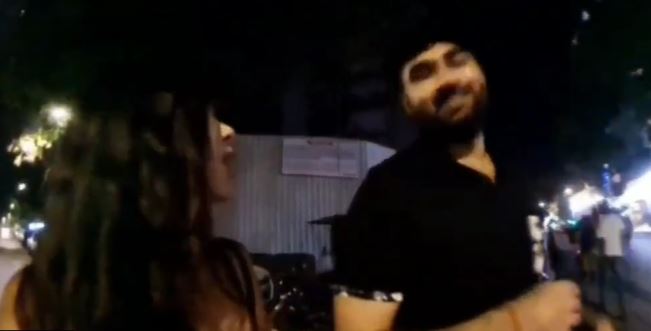 He can also be seen speaking to the two accused and asking them not to harass the woman. Soon after which, they left.

Mhyochi was overwhelmed by the man’s gesture and thanked him multiple times for coming in to help her.

Korean Youtuber was molested during live streaming, by Shaikh & Ansari in Mumbai. They were later arrested.

Here's what happened immediately after the incident.

One guy who was watching her live stream, came to rescue her. She thanked him saying "mumbai is pretty much safe" pic.twitter.com/1zmdTOBWbt

And as a token of gratitude, the woman took both Aditya (who shared her video on Twitter) and Atharva (who came to help her) for lunch. 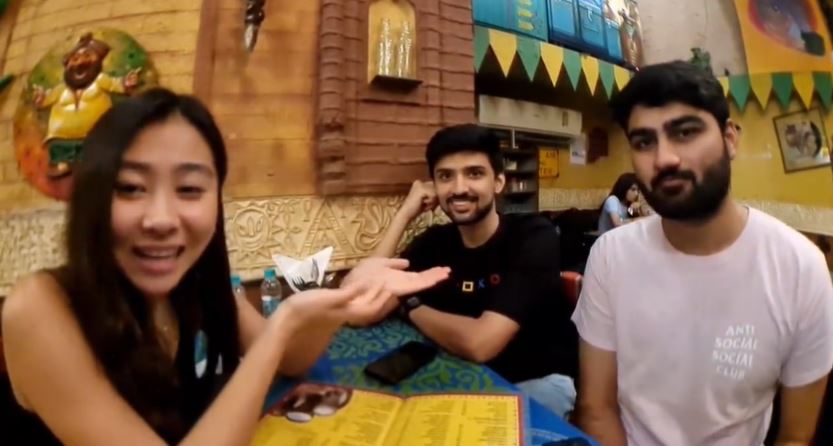 Mhyochi shared a small clip from their lunch together wherein she introduced her live audience to them. She captioned the video, “Finally meeting with Indian heroes. Be my guess for the lunch today!” (sic)

Finally meeting with Indian heroes💜
Be my guess for the lunch today! pic.twitter.com/Um3lOeeciT

People online were glad that after the heartbreaking incident, Mhyochi also came across the ‘good men’ of India.

Glad you also met the good kind of Indian guys and not just the bad kind! Also glad you are safe! SVP

This is how my Bombay was when I was growing up. 👍

Proud on both brother.a lot of thanks to both .Jay hind

If any guest came India, Then every Indian’s has not only responsibility but also Our duties for her protection and respect
🙏🙏🇮🇳🇮🇳

This is what these guys did. Proud of you guys pic.twitter.com/Et3JvpYjeC

Good on you for standing up for yourself and turning a bad experience into one where you made some friends and sent out a message. Very impressed.

Now … this looks like the Mumbai I know … where, we say, all the helpful ppl of the world gathered to stay , somehow ..
🤗🤗🤗🤗 – Mumbai meri Jaan
Have a nice stay dear…

Good on these guys for turning Mhyochi’s bad experience into a heartwarming story. May your tribe grow!