Korean Woman Harassed In Mumbai’s Khar On Live Stream, Blamed For Being ‘Too Friendly’

When a woman visits any foreign land, she’s often nervous about her safety and well-being. The fear multiplies when someone is visiting a country where molestation, eve-teasing, harassment, and even rape make headlines more often than not.

And even though we Indians boast of Atithi Devo Bhava (a guest is akin to God), there are reported incidents of foreign nationals being conned, harassed, and pestered in the country.

In a recent incident, a Korean Twitch Streamer named Hyojeong was harassed on the streets of Mumbai on Tuesday night. Hyojeong AKA Mhyochi was exploring the city while live streaming on the streets of Khar when two guys approached her on a bike. 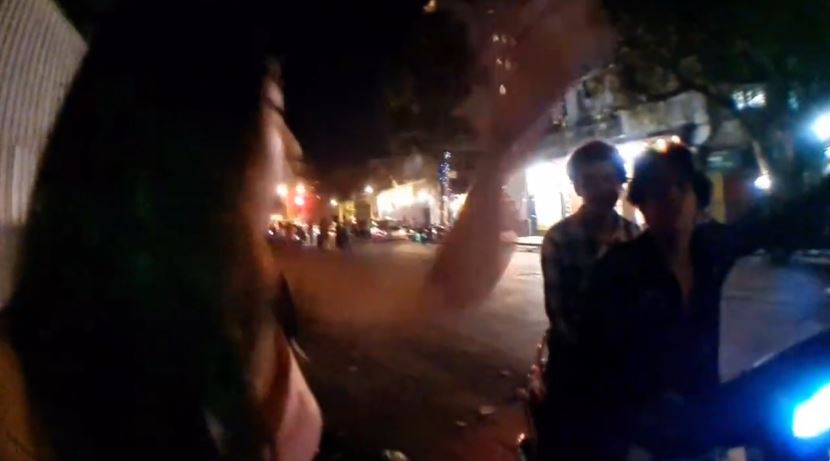 In the video that has now been extensively shared online, a guy can be seen dragging her towards his bike, insisting Mhyochi rides with him even though she kept saying ‘no’ to him. The woman politely denied going with him after which one of the guys came closer to her, kept his arms on her shoulders, and even kissed her forcefully. 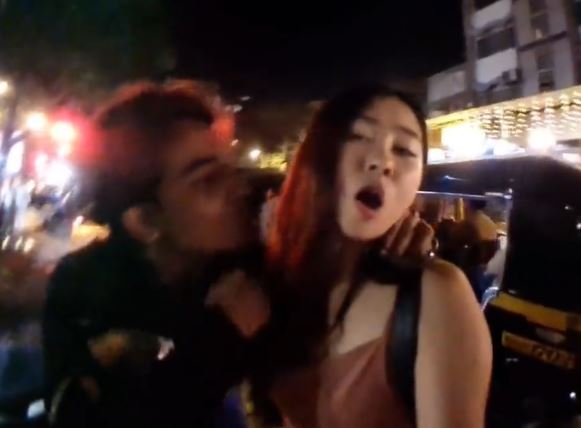 She somehow managed to get away from the harassers and started walking towards her hotel. These guys again followed her, pestering her to sit in between them on the bike. 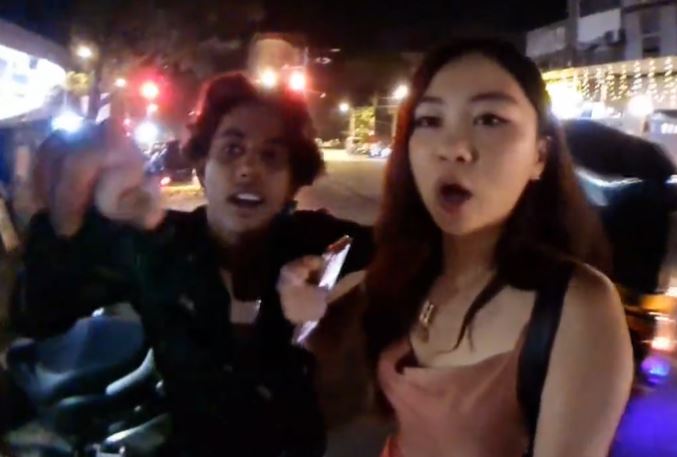 A Twitter user called out their outrageous action and shared the video online asking the Mumbai Police to take swift action against them.

@MumbaiPolice A streamer from Korea was harassed by these boys in Khar last night while she was live streaming in front of a 1000+ people. This is disgusting and some action needs to be taken against them. This cannot go unpunished. pic.twitter.com/WuUEzfxTju

After the video went viral, Mhyochi retweeted the video and said that even though she was the one harassed, people said to her that she initiated it by being too friendly and engaging in the conversation.

“Last night on stream, there was a guy who harassed me. I tried my best not to escalate the situation and leave because he was with his friend. And some people said that it was initiated by me being too friendly and engaging the conversation. Makes me think again about streaming.”

Last night on stream, there was a guy who harassed me. I tried my best not to escalate the situation and leave because he was with his friend. And some people said that it was initiated by me being too friendly and engaging the conversation. Makes me think again about streaming. https://t.co/QQvXbOVp9F

Thankfully, the cops took a Suo Moto action in the incident and the culprits have been arrested and FIRs were registered against them.

Mumbai Police’s Khar Police station has taken a Suo Moto action in an incident that happened with a Korean woman (foreigner) in the jurisdiction of Khar West.

In this regard, both the accused have been arrested and booked under relevant sections of the IPC.

Thank you everyone who retweeted this and shared this forward. I didn’t expect this to go so viral.Apparently the culprits have been arrested and FIRs registered against them. This is what we expected from our efficient @MumbaiPolice. Swift Justice.

People online aggressively condemned the actions of the two culprits. Some also slammed those who thought the woman was at fault.

Being friendly is not an invitation for harassment. It a matter of shame this happened to you. I’m sorry you had to experience this. We are better than this. Hope you make better and happier memories.

Thoroughly disgusted. This was assault. So sorry this happened. I hope @MumbaiPolice will take strict action. Also you handled this really well, though you should not have had to.

We are sorry for your horrible experience.

Not your fault at all. Don't take the blame on your shoulders. Those despicable guys should face the music.. https://t.co/FSqQg44cWm

*Woman says no multiple times and begs them to leave her alone*
People: she was too friendly https://t.co/fZSK8hwRwO

Indians finding ways to blame women for inappropriate conduct that happened with them? Imagine my shock https://t.co/x4rA8gyxWT

This is why our country can never improve. We have no respect for women, talent and right to privacy. We are still the old uncivilised bunch of idiots who can only indulge in religion, Eve teasing, and casteism. #India #Shame https://t.co/kgbEKtwoFU https://t.co/nOwcA3pNdS

I am truly sorry for what you have gone through. This is not your fault and definitely not initiated by you.
Please do not give up streaming. Do not let disgusting men change your path and goals in life. Easier said than done I know.
In solidarity ✊🏻 https://t.co/DDaq88HV6s

How are always women always painted as the perpetrator in any situations ever https://t.co/nCDK7OtZdI

India for girls-
1. Do not travel alone without a companion preferably male.
2. Do not talk to strangers/smile at them.
3. Expect noone will help you and guys might come from random places to touch you inappropriately.
4. Travelling after dark is dangerous. https://t.co/DfbHwxf9cW

This video is making me furious. The reality of women’s safety in India has been revealed to the thousands of people who were watching Mhyochi’s live stream. This is so pathetic and sick.

Also, how can people find fault in women every time? Even in this situation where everything is crystal clear?