Amid the rising COVID-19 cases in the country, the demand for medical supplies has increased. This has unfortunately led to shameful malpractices like unnecessary hoarding and black marketing.

Amid this, the Delhi Police raided 2 popular food joints in Khan Market, Delhi, and recovered over 100 oxygen concentrators that are useful in the treatment of several COVID-19 patients. 96 of these machines were recovered from Khan Chacha, and 9 from Town Hall restaurant, NDTV reports.

Both of these outlets are linked to Naveen Kalra who allegedly sold these concentrators in the black market. DCP South Atul Thakur said, “Original price of each concentrator is between ₹16,000-22,000. But they were selling it anywhere from ₹50,000-70,000.”

The police explained their modus operandi, saying that they took orders online and quoted triple the price. Further estimates show that they have already sold them to 50 people till now.

In response to the news, many people took to a food delivery platform to drop bad reviews for the restaurants and also called for a boycott. 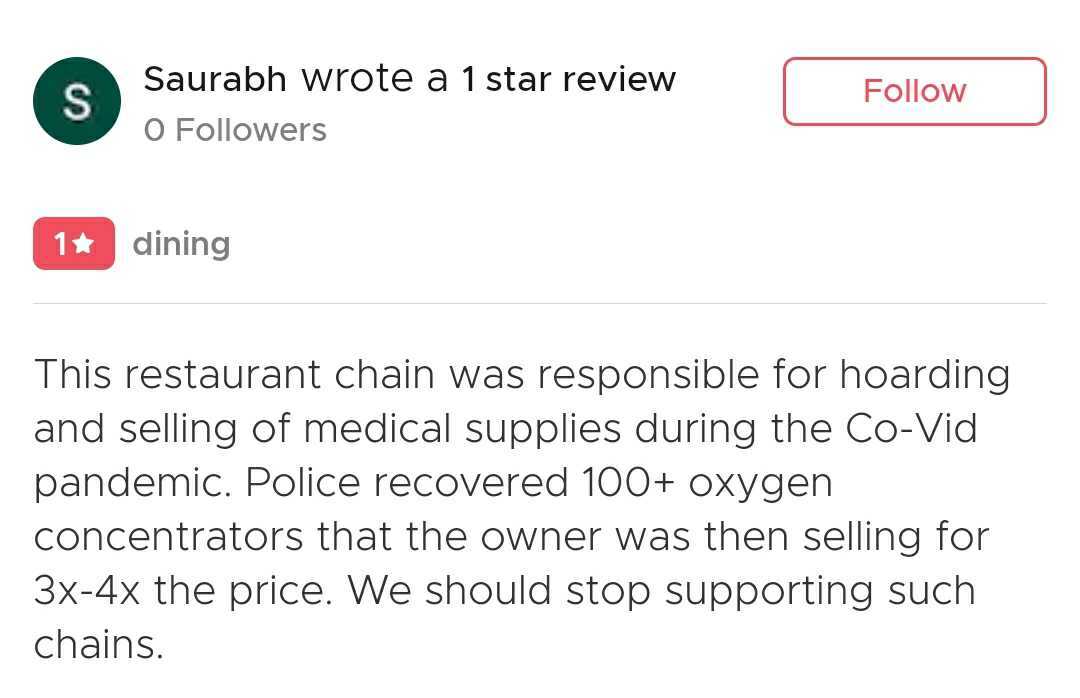 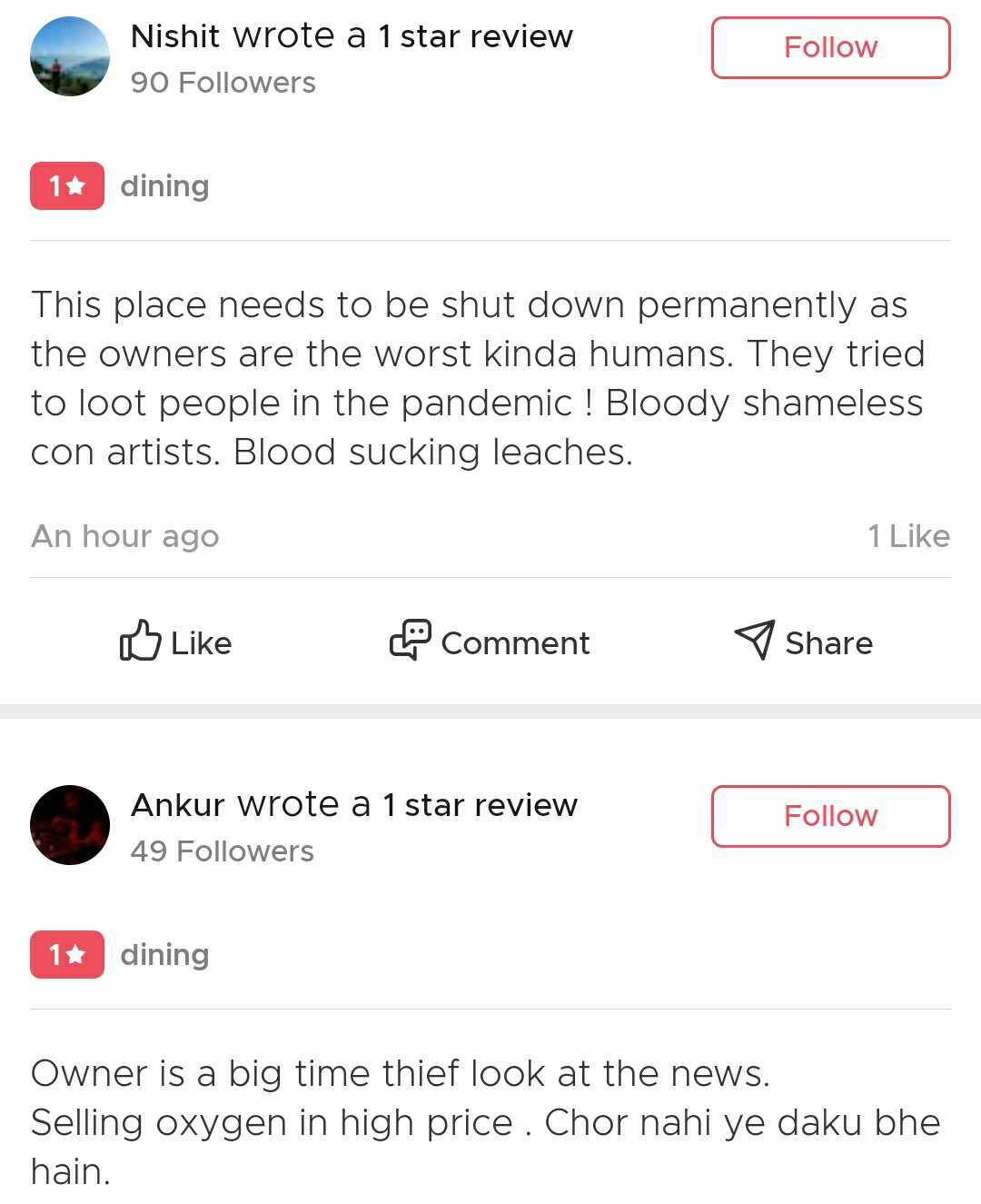 What do you think of this incident? Tell us in the comments below.