In recent years we have seen a rise in the nationwide popularity of Kannada, Telugu, Tamil and Malayalam films. Films like Baahubali, RRR, Pushpa, and KGF have broken records like no other. It has also irked the audience to make a comparison between them and Bollywood films.

Karan Johar, in an interview with critic Anupama Chopra, expressed that had Bollywood made a film like KGF, they would have been “lynched”.

“When I read the reviews of KGF, I’m like if we made this, we would be lynched. But here, everybody is like ‘Oh it was a celebration, a party’ and it was. I loved it. I loved it with all my heart. But I feel hum yeh banaate toh?”

He went on to add that Bollywood isn’t given “any kind of leeway” and that they are trying to be “somebody else”, causing their work to spill all over the place.

“It’s working both ways. I feel we are also not given any kind of leeway and then we are trying to be somebody else. So, we are all over the place. We are living a dual existence and we have to stop.” 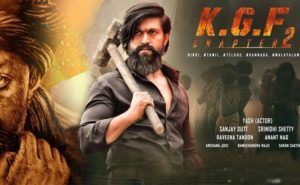 On one hand, there were fans who challenged Bollywood filmmakers to make a film like KGF and then talk.

Kgf was a hit cause of mass belt which Indians craved from a long time + south makers are concentrating on cinematography and presentation.

First make a movie like kgf ,then blame critics.
Bollywood makes movies like heropanti2 in the name of masala movies then wants audiance and critics to watch that shit.

You can make good films and it won’t be lynched. But if you r keen in promoting only star kids, anything u make ll go down the drains. Appreciate real talent and then talk about south film making.

I don’t agree with this,bcs if u made good entertainment movie then audience always watch,instead of good movies what u make HP2 Baaghi 3 Attack Satyamev jayate 2 Marjaavaan kind action movies then koi [email protected]@@ b nahi jayega….
KGF 2 worked at BO bcs its well made mve

On the other hand, there were people who completely agreed with him and said that Bollywood gets unnecessary hate. After all, look at the response that the Brahmastra trailer got.

He is correct the way Bharamstra is criticized , it won’t be same if it was a South Indian movie

It’s a fact. The way Brahmastra is getting trolled, I can only imagine what appreciation it would have got if it was made in the South industry. People would have said south is competing with Hollywood whereas Bollywood is busy in making Heropanti 2 kinda movies

Thats 100% correct. Nowadays, everything coming from south is being praised and anything from Bollywood experiences a heavy backlash.

he is not wrong. people will literally do a investigation of sorts on even a trailer to find something to criticize on ! The hate train is just horrible. it seems as if these people have absolutely no life ! I just feel sorry for them.#Brahmastra

Do you agree with what Karan Johar has to say here?