Ajay Devgn now has a new business venture. He is opening multiplexes named NY Cinemas and is launching it in the city of Ahmedabad. According to Outlook, the multiplex will be spread over 25,000 sq ft and house four auditoriums, an “action-filled filmy lounge” with a live kitchen and a mocktail bar “specially curated to suit the taste and palate of the people of Ahmedabad”.

Besides Ahmedabad, NY Cinemas will soon open in Anand, Surat and Rajkot.

One of the celebrities who lauded this venture of Ajay Devgn of spreading cinema all the more to the masses is Kangana Ranaut.

But her appreciating Devgn’s efforts is a little peculiar because a couple of months back in an interview, she had complained that he doesn’t promote any of her movies.

However, Kangana took to Instagram Stories to give a virtual thumbs-up to the ‘Singham’ actor.

She wrote, “This is the best and most effective way a superstar can utilise his resources and influence, not only it generates employment it also increases our screen count… Number of screens in India= less than 7000. Number of screens in China = more than 70,000. Congratulations sir @ajaydevgn.” 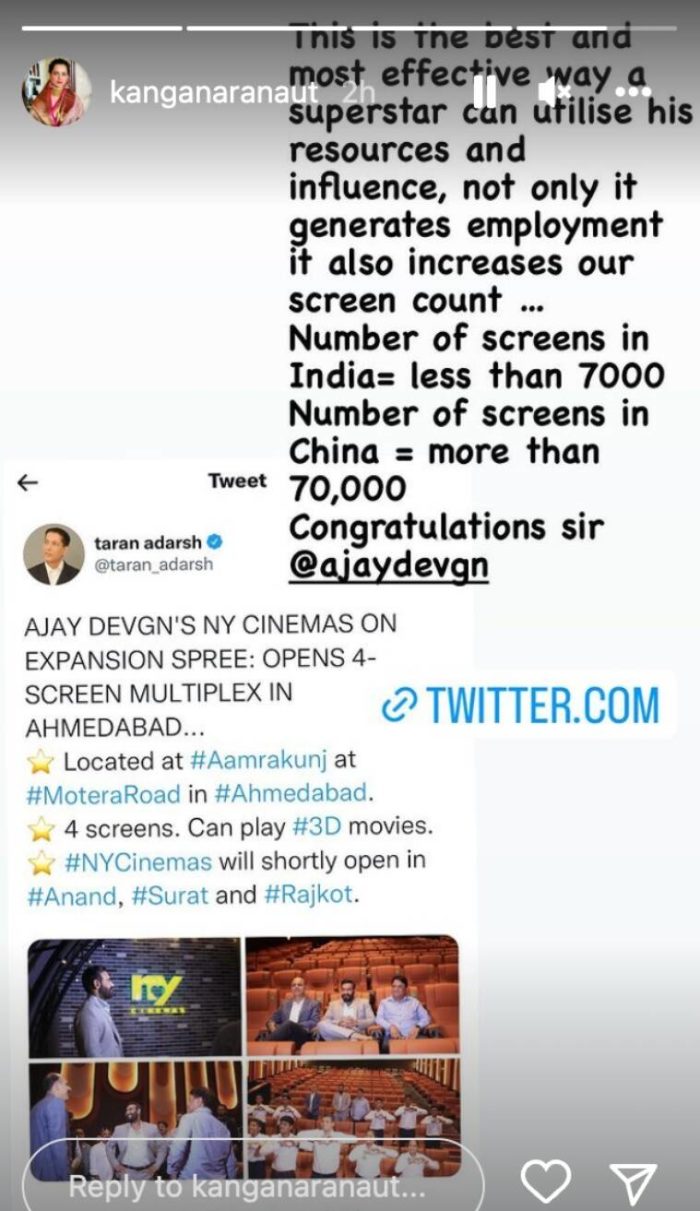 Do you think Ajay Devgn’s business venture is the right step ahead to increase the movie theatre-going audience?