Rangoli Shares Screenshots, Slams Journalist Who Got Into A Verbal Brawl With Kangana Ranaut

Kangana Ranaut is popular for her outspoken nature in the entertainment industry. The Queen actress never minces her words while expressing her views about anything and everything. And her candid statements often fetch her all the limelight.

Kangana is recently hogging headlines for her spat with a journalist at the press conference of a song launch from her film Judgemental Hai Kya. Kangana attended the event with co-star Rajkummar Rao and producer Ekta Kapoor.

The war of words began when Kangana denied answering the questions of a particular journalist. She alleged that the journo had been running a smear campaign against her.

Kangana was apparently disappointed with the journalist for writing a bad review of her last film Manikarnika: The Queen Of Jhansi. The actress alleged that the journalist had visited Kangana in her vanity van for 3 long hours for an interview and also had lunch together after which he thanked her over a text message. But later on, gave a bad review for her film and repeatedly trolled Kangana.

“You are bashing my film Manikarnika. Have I made a mistake by making a film?” Kangana said. “You are calling me a jingoistic person for making a film on nationalism,” she added.

The journalist denied all the allegations against him and said, “You cannot intimidate a journalist because you are in a power position.”

The spat turned ugly when another journalist started screaming at the actors and anchors of the event for interrupting in between. Ekta Kapoor tried to intervene in the matter but all in vain. In the end, Rajkummar Rao apologized to the journalists and requested them to keep calm.

The video of the spat is going viral on social media. While some people are praising Kangana for speaking her heart out fearlessly others are bashing her for creating drama everywhere she goes.

"Journalist picked a fight with Kangana and forced his question on her when she was politely denying him" !!!

How casually she lies about lunch nd 3 hr meeting. Kudos to journalist who defended her lies.

She is a good actor with no ethics. Now anyone can imagine what Hrithik & other guys have gone through handling her lies.Her sis is even more crooked than her.High time for @BDUTT to interview her again! This time for her lies.

That guy clearly exposed her lies and dared her to show a single piece of evidence to which she had no answer. Bechara Hrithik Roshan didn't have that tenacity to fight on the same scale due to his advisors counsel

Rangoli Chandel has come up in support of her sister Kangana and bashed the journalist in a series of tweets. She had shared the screenshots of his tweets and articles where he has taken digs at Kangana. 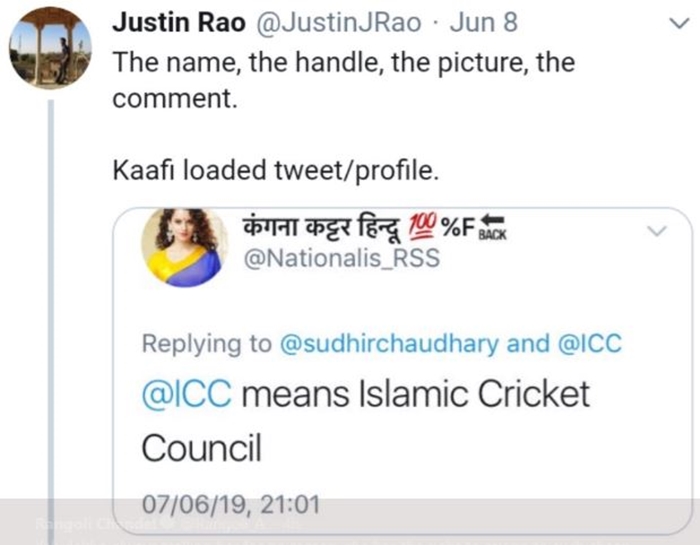 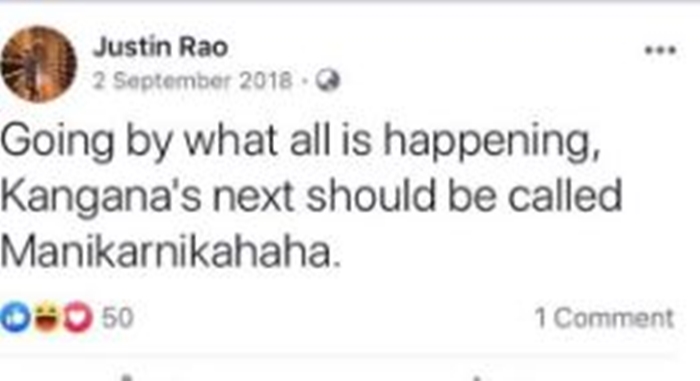 “How dare he mock Manikarnika’s name and openly lie that he never wrote anything about it, lekin Kangana ko khilli udane wali hasi kabhi nahin bhoolti… (Kangana never forgets the people who make fun of her), she wrote.

“It’s a shame that used to pretend to be her friend but when she spoke against cow slaughter and made a nationalist film he did major smear campaign against her,” she added.

Rangoli also mentioned that ever since Kangana made a film on nationalism everyone has turned against her.

On the work front, Kangana Ranaut is gearing up for the release of her upcoming film Judgemental Hai Kya where she will be seen alongside Rajkummar Rao. The film is set to release on July 26.