I think out of all the Bollywood celebrities, John Abraham is the only one who has zero Fs to give. You’ll rarely see him attending gatherings, parties and award functions all dressed up in designer ensembles. If you have been following him, you’d know that he tries to be as minimal as he can – simple clothes, simple life. Even his home, even though big, has a very minimalistic vibe.

But one would expect that at least at a function hosted by the Ambanis, he would arrive all glitzy and glamorous. But no. John Abraham, like an icon, arrived wearing a pair of blue jeans, a white t-shirt, a black jacket and a pair of white sneakers, at the engagement party of Anant Ambani and Radhika Merchant. 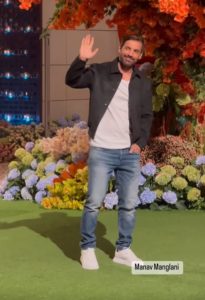 Here’s a video of him:

People online couldn’t get over the kind of swag John Abraham has. I mean, he doesn’t need to show off or prove anything to everyone. It’s like he is very secure in his being and doesn’t care the least of what anyone else thinks or says. 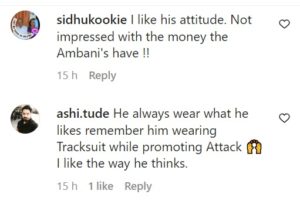