I have watched ‘Jayeshbhai Jordaar’ and in the end, I couldn’t make sense of why it bombed at the box office and received negative reviews from movie critics. It is not just a fun watch with brilliant performances by every member of the cast including Ranveer Singh, Shalini Pandey, Boman Irani, Ratna Pathak Shah, and Jia Vaidya but it also sends across an essential message on female infanticide. Female infanticide, or killing of the girl child in the womb on knowing her sex, is a social evil which still plagues several parts of the country despite it being illegal. Not just this, the movie is packed with references to the many superstitions that we believe in, some funny and some grave.

The film barely had any songs and solely focused on a man on the run with his pregnant wife and daughter in order to save his girlchild. It also covered domestic violence, took a dig at toxic masculinity, sexual harassment, and many more topics packed seamlessly in the 2 hours and 20 minutes run film. 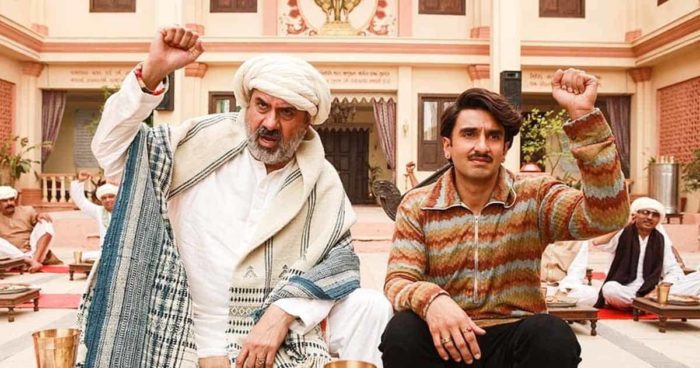 When ‘Jayeshbhai Jordaar’ was released in the theatres, I read tweets and watched reviews by many reputed film critics. The general verdict was that it wasn’t a good enough watch. But now that it has been released on an OTT platform and viewers are watching it, the film has been flooded with positive reviews on Twitter. Have a look:

Jayeshbhai Jordaar what a nice movie.

As a human being and a progressive society we have failed #JayeshbhaiJordaar movie to be watched and become a blockbuster.@RanveerOfficial bro u killed it in every aspect, u made me cry…I urge everyone to watch.

@RanveerOfficial we are sorry man.. what a movie #JayeshbhaiJordaar you are amazing and what a beautiful movie it was. I wish it would have made more money but it was a gem.. god bless you #ranveersingh

Watched #JayeshbhaiJordaar at Amazon Prime. Shuru shuru mai was kya hia ye kyo hai ye but after 15 – 20 min, it was awesome till end. Kabhi #fun #laughter toh kabhi #struggle but a great message has been delivered. A nice movie

Decent watch movie with a good content.The execution of the content is good but the screenplay lacks the amount of freshness and feel to a certain level tbh.

Ranveer singh is superb and all others are decent too,do watch it for Ranveer and content !! pic.twitter.com/HBX7EqqA31

Light, funny and a movie with very pious message. Wish our governments would have made it tax free. @RanveerOfficial is unstoppable.@bomanirani is effortlessly brilliant.

10 mins into #JayeshbhaiJordaar I am hooked! If only every male is Jayesh Bhai despite the social environment and his father's influence. #RanveerSingh @RanveerOfficial 💕

Finally watched #JayeshbhaiJordaar and man what an amazing performance @RanveerOfficial. He aced the Gujarati Chokra. What a spectacular performance by him
Shalini you were too good #RanveerSingh

‘Jayeshbhai Jordaar’ has flaws, I won’t lie. But it’s a comedy which gets dark at times and sends across a crucial message simplistically, making it a worthwhile watch. Which is probably why it scored 7.1 on IMDb and 80% on Rotten Tomatoes. It’s sad how truly good movies are bombarded with bad reviews. Such a shame.