Despite so much awareness, there are only a few people in the world who find a dustbin in public places and throw waste materials into them. Many others prefer ruining the beauty of a place by littering in public.

And what would you do in such a scenario? Most of us would just walk past the clutter thinking it’s not our waste so it’s not our responsibility to discard them.

But these Japanese guys aren’t unconcerned like most of us. Hence,  they decided to pick up all the trash from the Al Bayt Stadium in Qatar after the opening match of the FIFA World Cup 2022. 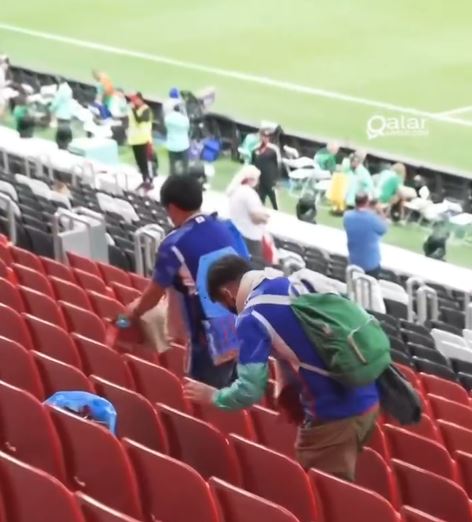 In a video that has now gone viral, several Japanese people were seen picking up water bottles, plastic wrappers, and other trash that those who came to watch Qatar versus Ecuador match had scattered on the stadium.

They stayed back after the match and cleaned the stadium picking up every piece of garbage that was littered. It’s not like a team from their country was playing the match but still, they decided to do this noble act. When asked why are they doing this even though it doesn’t concern them, a woman said, “Japanese never leave rubbish behind us. We respect the place.” 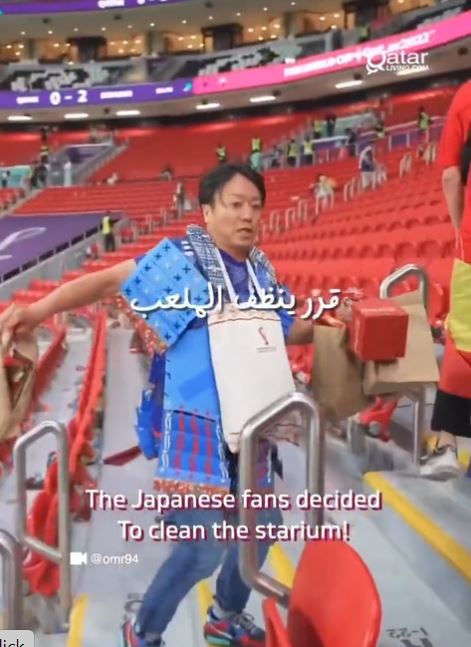 And there was an army of people like them cleaning the stadium. They even picked up the flags of the countries that played the match to show them some respect.

Their commendable gesture not only got appreciated online but also inspired others to do the same in their surroundings.

Massive respect for these guys. Let’s try to be like them and not like those ignorant people who turned the stadium into a garbage pit.