Home Food For Thought 8 Hardworking ISRO Women Scientists Who Are Breaking The Space Ceilings With...

Behind every successful man, there is a woman.

“Behind every successful space mission in India, there are a thousand woman scientists.”

India has successfully launched satellites into space, put an orbiter around the Moon and Mars. That too with a frugality even the developed nations admire.

But behind the scenes, away from the public eye, quiet, unassuming and positively brilliant women spearhead many important missions of the Indian Space Research Organisation. These women have not only broken the glass ceilings but have not even thought of the sky as their limit – quite literally.

They are passionate, strong and independent women of science that look like our neighborhood aunties, but pack a scientific punch that would impress the likes of Tony Stark and Elon Musk. Today, let’s take a look at the women in ISRO.

1. Ritu Karidhal, mother of two worked on most weekends, brainstorming with ISRO engineers 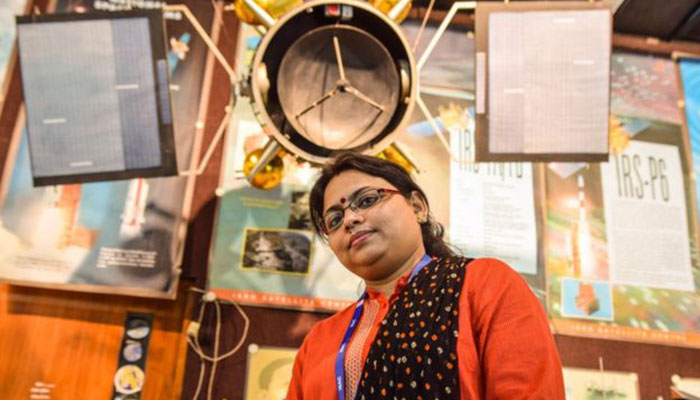 As a kid, Mrs. Ritu Karidhal used to wonder why the moon becomes bigger and smaller. She also wondered what lay in the dark side of the moon.

And decades later, she became the Deputy Operations Director of the Mars Orbiter Mission. After reading each and everything related to space science as a kid, she now heads one of the most well-known missions of ISRO.

2. Moumita Dutta – read about the Chandrayaan mission as a student, now works as a Project Manager for the Mars Mission 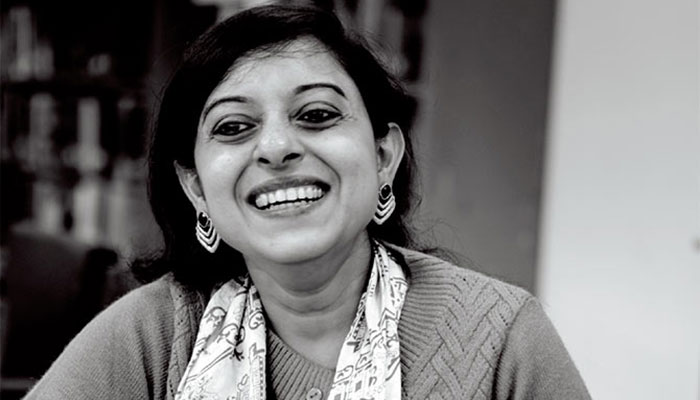 She is the project manager for payloads for the Mars Mission. She completed her M. Tech in Applied Physics from the University of Kolkata.

Today, she leads a team to make indigenious progress in optical sciences as a part of ‘Make in India’ initiative.

3. Nandini Harinath – her first job was at ISRO and 20 years later there is no looking back 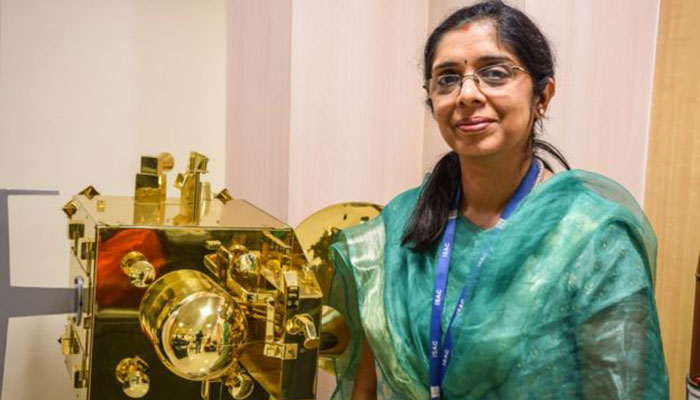 She became inspired to study science after she saw the Star Trek series. Coming from a family of teachers and engineers, she was naturally drawn to science and technology.

Today as a Deputy Director, she feels proud to see the Mars Orbiter Mission on the new 2000 rupee notes. She works extremely hard, and despite having children, she did not go home for days just before the launch.

4. Anuradha TK – As a Geosat Programme Director, she is the senior-most woman officer at ISRO 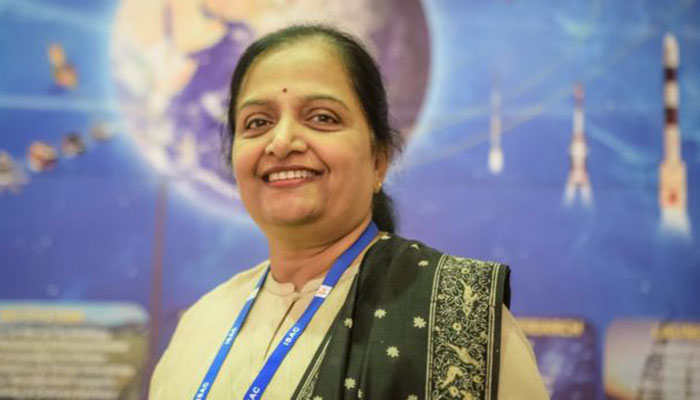 She first thought about becoming a space scientist when she was just 9 years old. That was when Neil Armstrong first walked on the moon, and Mrs. Anuradha was hooked.

As the senior-most officer, she is the inspiration for every woman scientist working in ISRO. As a student, she loved the logical subjects as compared to the subjects in which she had to memorise everything. Today, she applies the same logical brain to head one of the most important departments in ISRO.

“Sometimes I say that I forget that I’m a woman here. You’re treated as an equal here.” 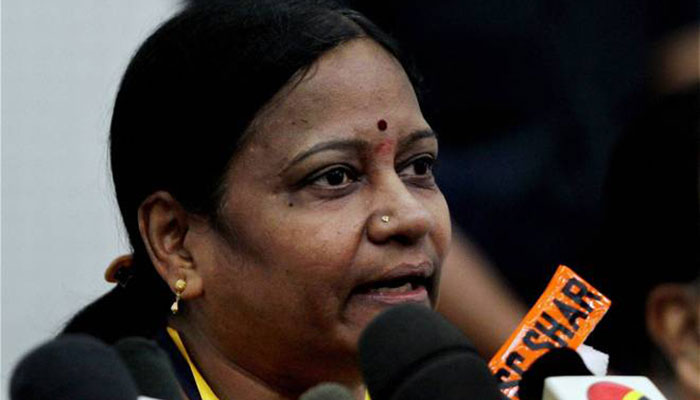 She was the second woman after T K Anuradha to head a satellite mission at ISRO. At 52, she has made her state of Tamil Nadu proud.

She is the first woman to head a mission that involves a remote sensing satellite. 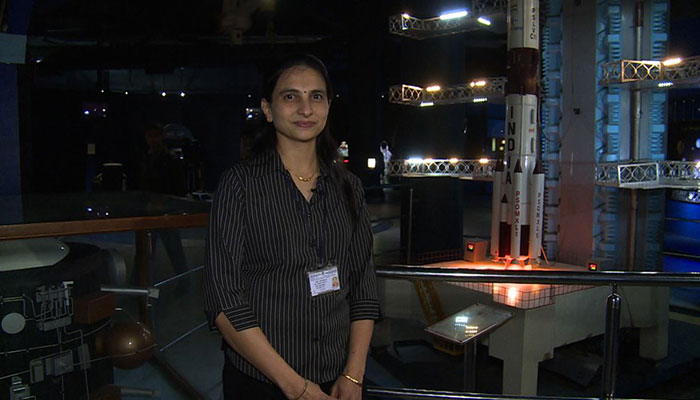 She led a team of 500 scientists as a systems engineer at ISRO. For two years, she said goodbye to Sundays and even national holidays.

The sacrifice showed fruit when she was overjoyed with the success of the Mars Mission.

What’s next? She aims to become the first woman director to head a national space agency. A hardworking woman like that, fingers crossed! 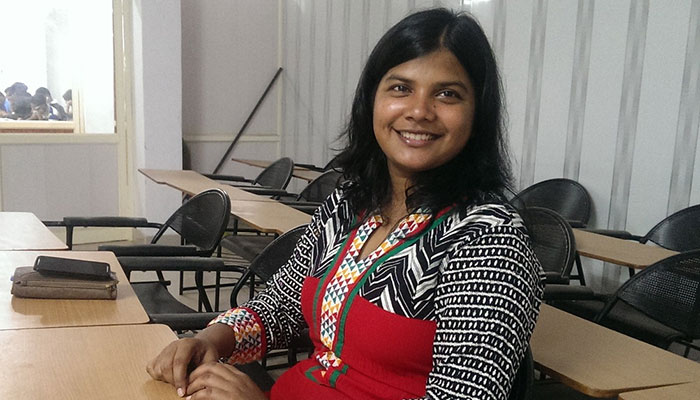 Kriti Faujdar is a part of the team that monitors the satellites and the other missions continuously. She is the person that makes the corrections if something goes wrong.

Her work shifts are erratic too. On some days she has a day shift and on some, it is from dusk to dawn. She is unfazed by this because she loves her job.

8. Tessy Thomas – the missile woman of India who headed the Agni IV and Agni V mission Tessy Thomas technically works for the DRDO and not ISRO, but she deserves to be on this list. We could not leave her out.

It is her hard work and dedication that has brought India close to becoming a member of the exclusive club of countries with ICBMs (Inter Continental Ballistic Missiles). Because of her achievements, she is fondly called ‘Agniputri’ by the media.

Today, there are more than 16,000 women working for ISRO and the number is growing every day. It is easy to imagine ISRO completely comprised of men because all 7 heads have been men.

But the fact is that thousands of women work hard for our premier space agency.

For these women, even sky is not a limit.