There’s this weird thing Indians do – whenever we travel inter-city, we tend to carry innumerable and often unnecessary things along with us. Our moms go out of their way to pack achaar, ghee, masalas, papad and what not into our bags. If you are travelling via a flight, chances are the airport security will catch you then and there!

A similar thing happened to IPS Officer Arun Bothra who was carrying a bag full of peas at the Jaipur airport and as expected, the airport security asked him to open his bag. They must have been in for a shock when they found this: 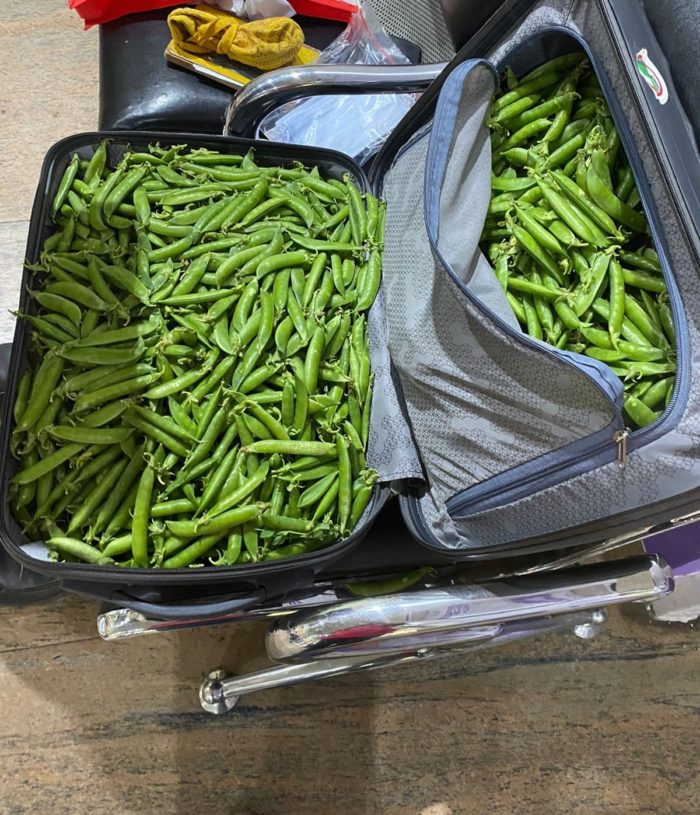 Have a look at the IPS officer’s tweet here. If this is not peas smuggling, I don’t know what is!

That’s not all. People online responded to his tweet by sharing hilarious examples from their own lives. Many revealed how they travel with bags full of fruits and vegetables from one city to another!

My in-laws from Varanasi bring mangoes from their orchards the same way.

And they’re made to open, too. 🤣 pic.twitter.com/u62aDBgRIG

And I had to dump 2 Kg Desi ghee in dustbin bcz i kept that in handbag,forgot that these things are not allowed in hand bags, mummy ko aaj tak nhi bata paya nhi to bahot dant pad’ti 😂😂

Reminds me of that time when we were at US customs.. eating our amrood .. full tokri we brought from Allahabad..
We were told throw it or eat it there only…produce cannot be brought into US…
It was some sight …
Haha

My wife used to buy fresh brinjal and cauliflower from Kolkata and carry in handbag. Faced similar situation. Airport Securities couldn’t believe! We used to laugh!

For somebody like me who is extra scared of airport security, this comes as a shocker!