Guy Says Instead Of Watching Films At Theatres, We Should Donate The Money To The Poor

A film is not just about the big-name lead actors, the directors and the producers. A film is represented by the hundreds of names who work day and night to bring together every frame. These names are often overshadowed by the bigger names but if they wouldn’t have been present, we wouldn’t have the film industry.

These people are the spot boys, makeup artists, assistant directors, scriptwriters, set designers, post-production artists, stunt artists, costume designers, and even the cleaners, cooks, and chaiwalas who look after every need of the team. Nowadays, when people are so adamant about boycotting the entire Hindi Film Industry and are trending hashtags to boycott every new film that comes out, they need to remember the hundreds of other ‘smaller’ names whose lives they’ll be ruining.

They think they’re attacking a system, but what they are actually attacking are the livelihoods of innumerable people who depend on the film industry. Just because of the top 1%, the other 99% are treated as collateral damage.

Hence, when one guy named Siddharth Dey took to LinkedIn to express that instead of spending money on watching films in the theatres, we can use that money to educate poverty-stricken students, he was thoroughly schooled.

“Do you know that an average Indian spends nearly 1800 rupees when they go for a movie at a multiplex? This includes a movie ticket, food, etc. But do you know there are around 35 million kids who do not make it to school due to poverty? The money you spend at the theatre can educate at least 5 students. Your one movie ticket can educate the future of India. Stop watching movies in theatres and work towards a better India,” he wrote. 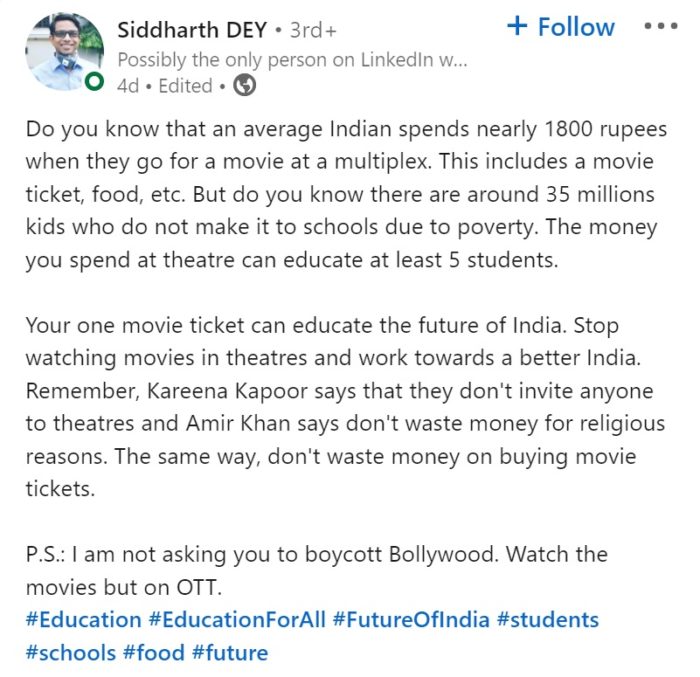 Thankfully, there were several people who reminded the guy of the hundreds of others who work towards making the film. Also, why do we need to stop watching films to help with the education of students? Why can’t we do both? 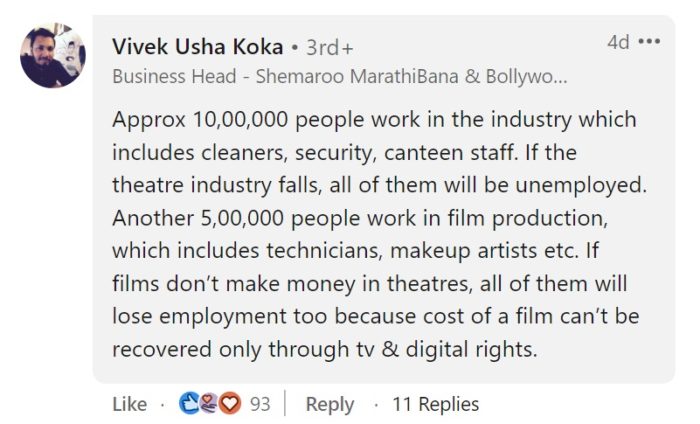 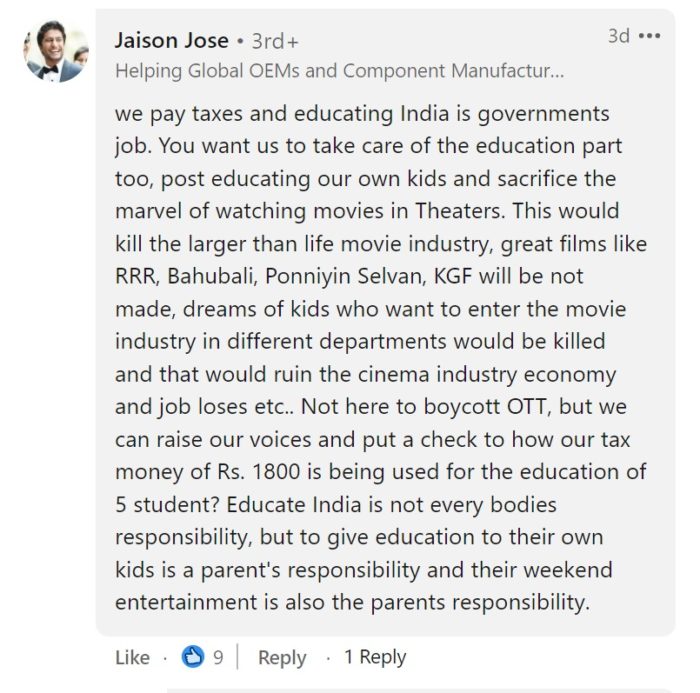 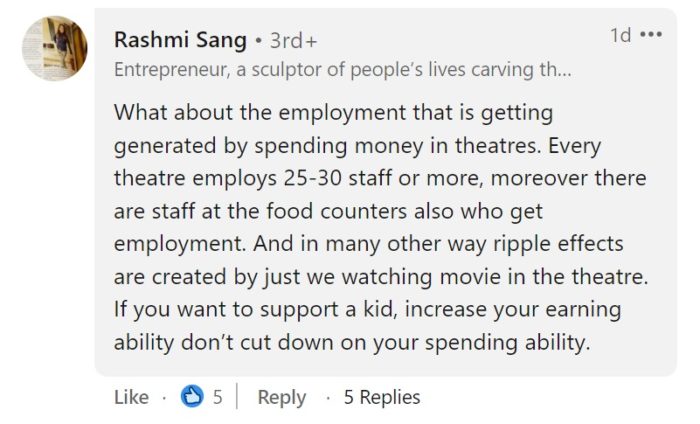 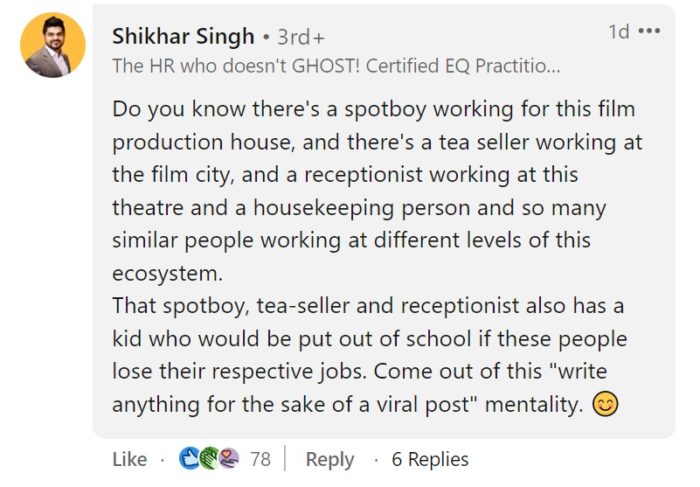 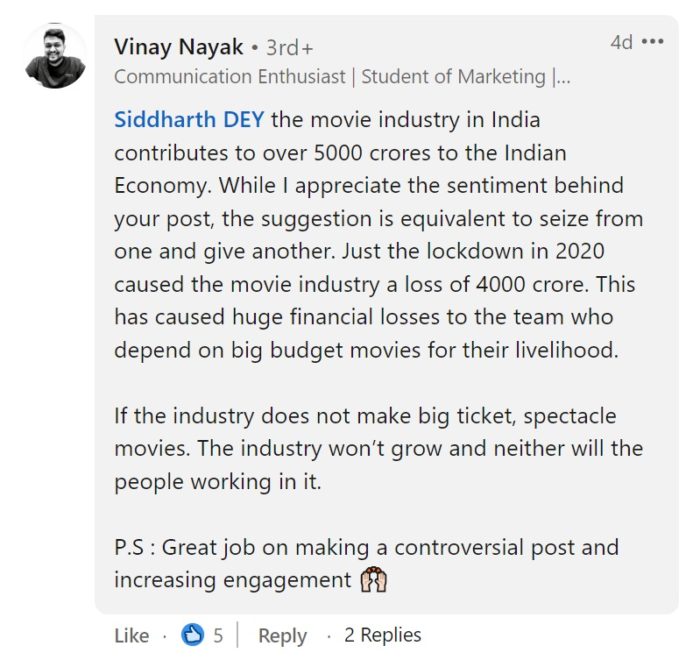 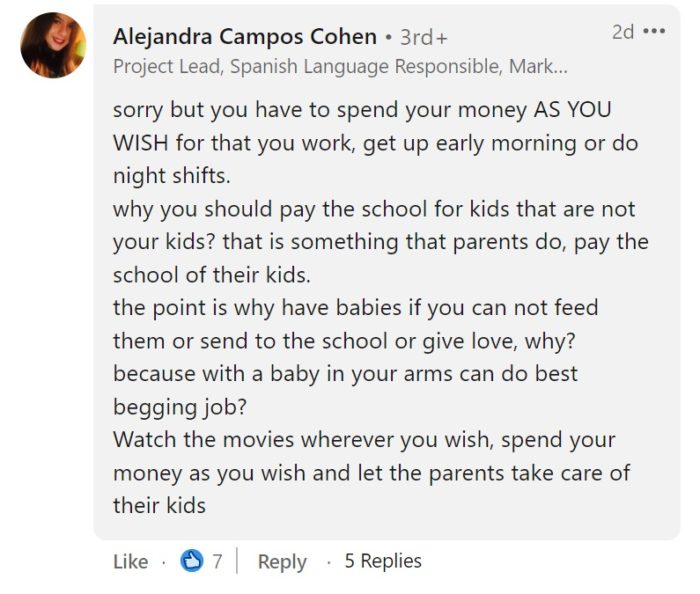 What are your views on this issue?