“Women are not safe” should now be declared an indisputable universal truth, without any caveats. Because honestly, the peripheral details don’t seem to matter anymore. Whether it is the street or her own home, whether it is late in the night or broad daylight, and whether it is some random stranger or a family member, feeling safe for women is NOT an option. And in case you forget this axiom, do not worry. For incidents like these will keep happening every day to remind you that you’re just another woman in a man’s world.

A blogger/model from Indore was subjected to a horrific ordeal on Sunday evening, as she was riding on her scooter through a busy city street. Two men tried to molest her by pulling her skirt, which caused her to fall off her ride and hurt herself.

In a Twitter thread, which has now gone viral, she narrated the entire incident and even shared a picture of her injured leg. 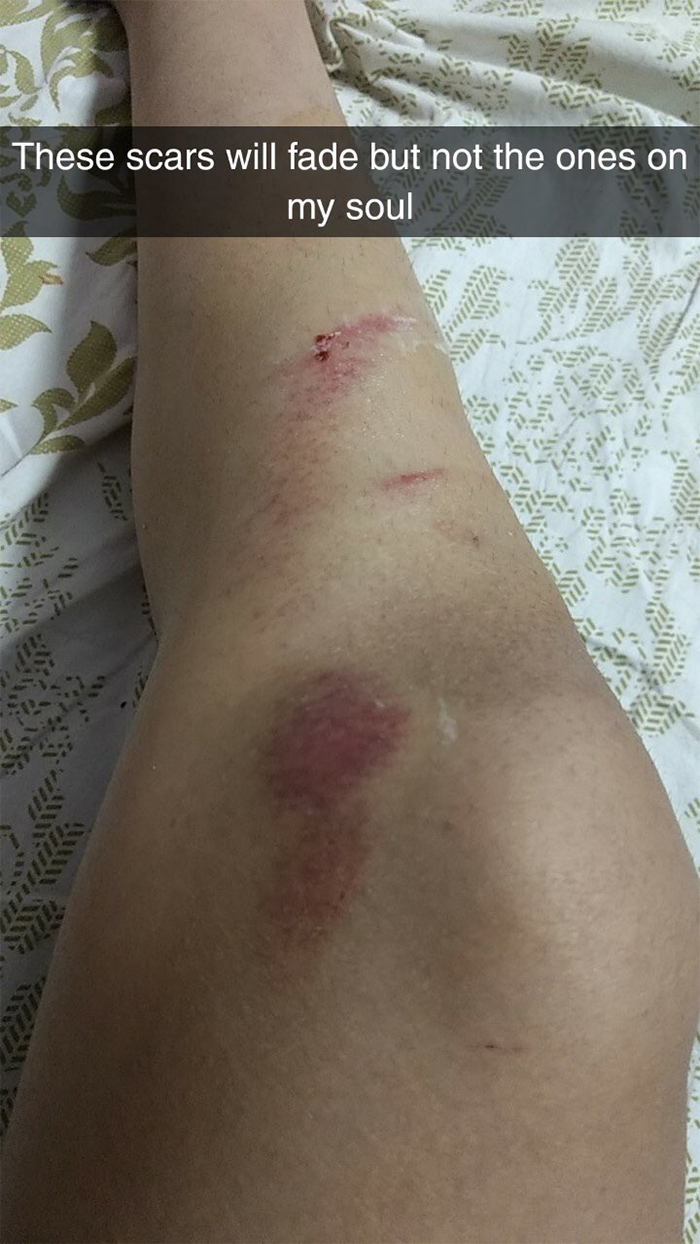 Because of how suddenly it happened, she couldn’t see the vehicle’s number or stop the miscreants. Worse, none of the other people on the street tried to apprehend them. 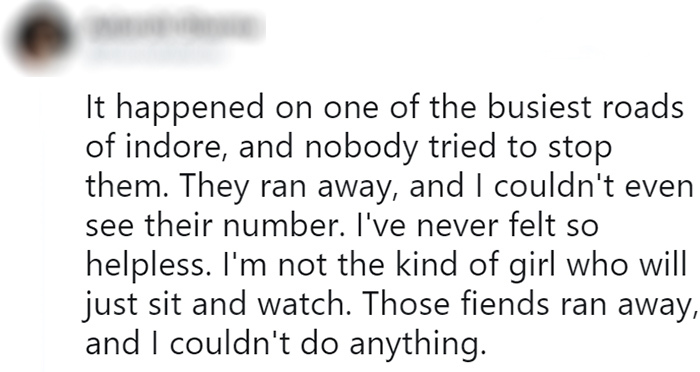 It’s easy for people to say, “Why didn’t you do something?”, “You should’ve done this or that!”. But it isn’t that easy.

At that moment, her entire being was rejecting the dreadful feeling that the incident had brought on. She was numb.

The bystanders who came to her rescue did not disappoint in their reactions. As is the usual case, one of them subtly managed to blame her wearing a skirt for what happened!

She goes on to mention how nothing was more offensive than being shamed for her clothes for this. 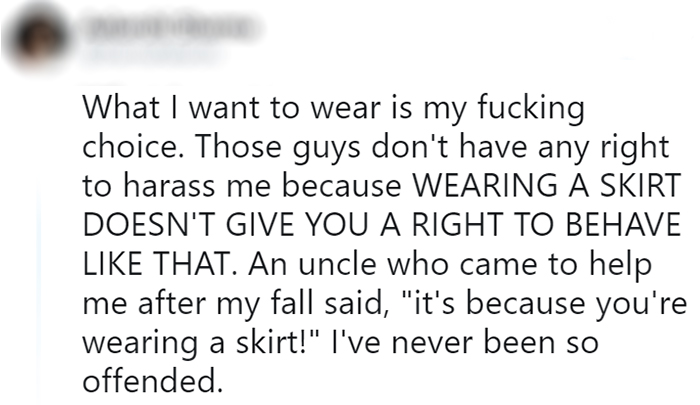 The girl even did an Instagram LIVE video, where she was seen, teary-eyed, trying to describe what happened to her.

In the video, she talks about how the only reason the molesters were unable to pull her skirt entirely was because of the proper way she was seated on her scooter. Had things been different, they might’ve been successful in their filthy intentions.

But your sympathy might just be displayed by red hot anger at the kind of comments she received on her LIVE feed.

There were ‘laugh’ reacts, and questions like “Is this real or are you acting?” and even one “Why are you crying about it on Instagram?”.

For the girl, talking about her molestation on social media could not have been easy. However, she chose to do it because she doesn’t want to embolden such perps further.

Unfortunately, there were no CCTV cameras in the area where it happened, so there isn’t much help she can give to the police for tracking these molesters.

As of now, there is no confirmation on whether she has filed the police complaint. 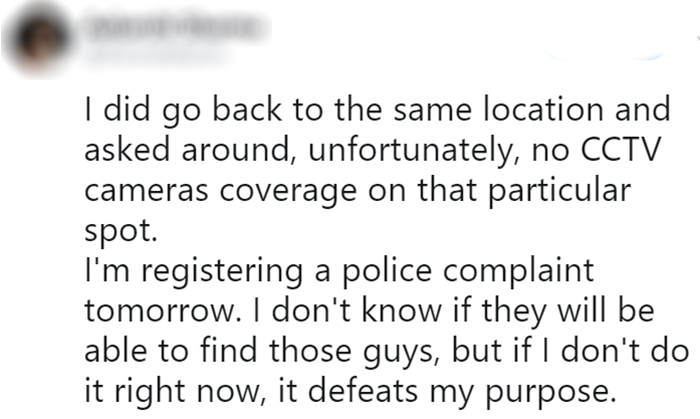 But she seems resolved to not forget this incident and plans to do everything she can to make people aware of how unsafe Indore, and every place is for women.

Eve teasing and molestation is just another Monday for women who brave the world by venturing out of their homes, dressed in clothes of their choice.