Indian Student Refuses To Return Home From Ukraine Without His Pet Dog, Pleas For Help

People living in Ukraine have built their entire life in the country in the years they have been residing there. There are people who they can call family and aren’t willing to easily break those ties at a time when the country is being invaded by Russia.

Earlier, a medical student from Haryana denied coming back to India because she wanted to take care of three kids after their dad joined the army to protect Ukraine.

I think Putin didn't expect #Zelensky to become so popular. By his courage, his closeness to his people, Zelensky became a hero all over the world.
Pic: This evening President Zelensky eating with his troops.#Ukraine #UkraineRussiaWar #Zelenskyy #UkraineWar pic.twitter.com/f8LJ6z7cxT

Now, another Indian student is trying his best to bring along his furry friend, a dog named ‘Malibu’ along with him to India.

Rishabh Kaushik, a third-year student of software engineering at the Kharkiv National University of Radio Electronics in east Ukraine, has refused to leave the war-torn country without his pet dog. 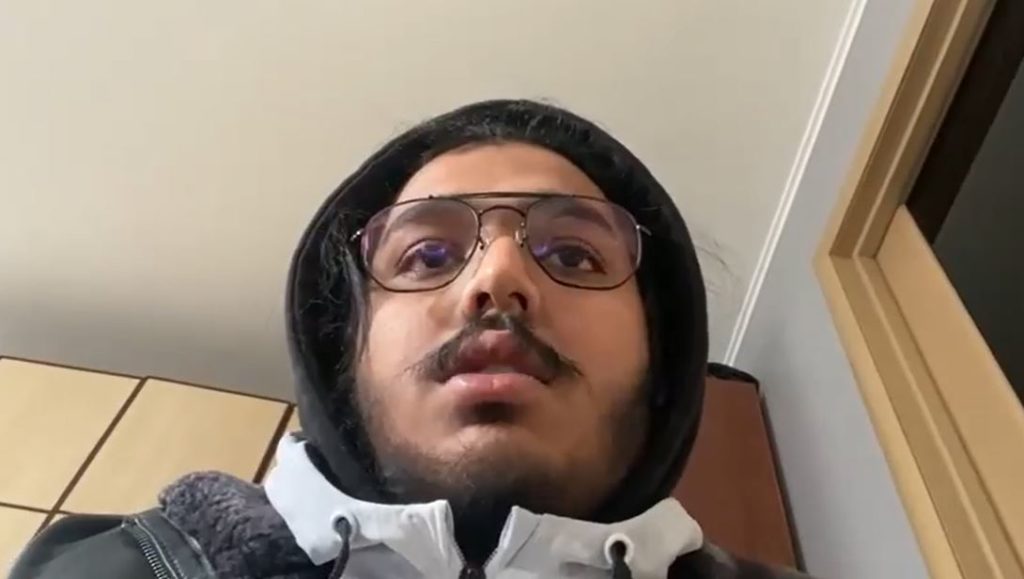 Rishabh’s family is also engaged in business in Ukraine. Hence, when they came to know that the country might get into a war, the entire family, consisting of about 7 members, left for Dubai. But Rishabh decided to stay with his pet dog Malibu and take due permission from the authorities to take Malibu along with him.

In a video message, Rishabh says he is knocking on every door and leaving no stone unturned to ensure Malibu comes along with him. He alleged that despite completing all the paperwork, he hasn’t received a green signal yet.

He has been urging the Indian government and the embassy in Ukraine to evacuate his four-legged partner, whom he had rescued a year ago, along with him, reported Hindustan Times. 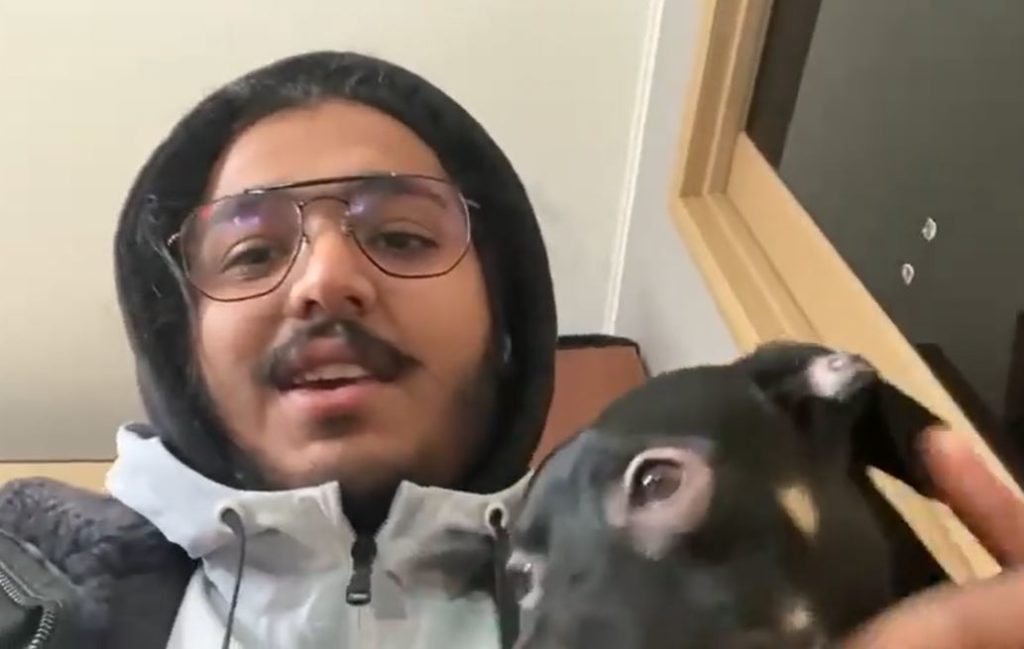 In the clip, Kaushik shares how the Indian embassy in Ukraine and the Centre’s Animal Quarantine and Certification Service (AQCS) in Delhi haven’t been successful enough in providing any aid to him in this regard.

“They are saying please send your air ticket. How can I have an air ticket when the Ukrainian airspace is closed? I am stuck here now in Kyiv since my flight was on February 27.”

“I would have been in India right now had the Indian government given me the required NOC (no objection certificate) as per the laws,” he said in the video.

Kaushik further spoke that Malibu is also stressed with all the bombing happening around. He said that they have been hiding in cold bunkers and keep going back to his room to warm themselves up.

“Today morning we all woke up with bombings. Even my dog is scared, he’s crying all the time.”

Here’s the video of him sharing what’s happening in war-struck Ukraine.

The entire world is witnessing the war which has unfolded in Ukraine. The sound of explosions and warning sirens and the sight of tanks and military vehicles patrolling the streets of Ukraine have traumatized our dear Josephite Rishabh Kaushik batch of 2018.

Rishabh has been studying computer engineering in Ukraine for the last 3 years. He’s an extremely bright student. This is the last year of Rishabh’s college.

Rishabh’s family is also engaged in business in Ukraine. As soon as the family members understood that the dispute between the two countries could escalate, on February 19 and 20, the entire family, consisting of about 7 members, somehow booked tickets and left for Dubai.

The family asked Rishabh to move to Dubai but Rishabh refused to leave just because his pet dog “Malibu” with whom Rishabh has been living for the last 1 year could not go on the flight. Therefore, Rishabh told his family members that he would return home with his “Malibu” (Ukrainian name of dog which means ‘sweet’) after taking NOC from the Government of India and all the departments in 2 to 3 days. The family felt that the situation had not worsened so far, so they accepted Rishabh’s words.

As the dispute escalated between Ukraine and Russia, Rishabh’s father Madhukant spoke to Rishabh immediately and arranged for the visa, and also made complete arrangements to move him out of Ukraine. Even then, Rishabh insisted on coming back with his pet “Malibu”. Rishabh started completing all the paperwork. Whatever correspondence that Ukraine and the Indian government wanted him to do, Rishabh got those papers made and submitted online with immediate effect, but no response was received. Because of this Rishabh went back to his hostel. We asked Rishabh why he is risking his life for a dog. Rishabh replied I am not putting my life in danger; I am currently safe in my hostel. I want my request to reach the officials of the Government of India, who are not ready to talk even after the paperwork to bring my dog to India.

He contacted Delhi airport officials over the phone but they did not offer any help. The same thing happened to me at the Kyiv Embassy as well. He wants to come back home with his dog. He questions if I return alone, who will take care of “Malibu” here?

Rishabh is currently in Kyiv. Bombing is happening outside at a distance of about 5 to 6 kilometers from where he is in Bunker. Rishabh is very saddened that such a situation has arisen between the two countries, but he hopes that everything will be back to normal soon. Praising the beauty of Ukraine and the people there, Rishabh says that everything is very beautiful here. All of a sudden the roads are deserted. People are very scared. I have not seen such Ukraine in 3 years to date. I will pray to God that everything will be fine soon.

It is a fervent appeal from the Managing Committee to all the Josephite to please share this post as much as possible and see that reaches the right ears and Rishabh is back home safe with his parents.

As of now, hundreds of Indians have been rescued from Ukraine and efforts are underway to bring all 20,000 of them back. We hope and pray that both Rishabh and Malibu come safely to India.