Indian Man Laid Off From Microsoft After Working There For Over 21 Years, Shares Heartfelt Note

Every time we hear about someone being fired from a company, it makes us worry about the world economy and where things are leading. From Meta to Twitter, several biggies have laid off people and continue to do so.

Earlier, an IIT graduate was seen seeking job opportunities when he was sacked by a multinational investment company just six months after joining.

Recently, technology giant Microsoft Corporation has joined in and hinted at laying off  5% of its workforce. According to a report by DNA, the company may be cutting around 11,000 jobs with the engineering and human resources departments expected to be impacted the most. As the payoff spree kickstarted, an Indian was among those affected by it.

In a LinkedIn post, the man who worked in the company for 21 long years wrote that his position at Microsoft has been terminated.

Prashant Kamani was last employed as Principal Software Development Manager at Microsoft. In his lengthy post, Kamani poured his heart out and got a little emotional as he prepped to leave the company.

“Today I was informed that my position at Microsoft has been eliminated. As I reflect on it today, I feel a sense of gratitude more than anything else. Microsoft was my first job after college, and I still remember coming over to a foreign land all nervous and excited, wondering what life has in store for me. After working for over 21 years at Microsoft, in multiple roles, multiple organizations, as an IC and as a manager, client, hybrid and services software, V1 products and V10+, UX, backend, and everything in between, I can truly say it’s been very fulfilling and rewarding.” (sic)

In the post, Kamani extended his gratitude toward his company and the people he has worked with over the years.

“I’ve learned immensely and grown as a result. Microsoft gave me many opportunities to learn and expand my skills, and I was able to take full advantage of them. The wealth of experience I gained throughout my career can’t simply be measured in years, it is truly immeasurable. And for all of that, I’m truly grateful to Microsoft.

However, the things I’m most grateful for are the relationships I have formed over the years with the people I have worked with. I’ve been surrounded by people who are extremely talented and smart.” (sic)

After thanking his family for always being by his side, Kamani, who is based out of Seattle, quoted psychiatrist Dr. Phil Stutz from the documentary “Stutz” where he says there are three aspects of reality – Pain, Uncertainty, and Constant Work.

“I was watching a documentary ‘Stutz’ the other day, in which Dr. Stutz says there are three aspects of reality – Pain, Uncertainty, and Constant Work. You grow by working through and dealing with the pain and uncertainty. And you achieve happiness by not relying on the outcome but embracing the process. I’ll try to internalize that as I go through this journey.” 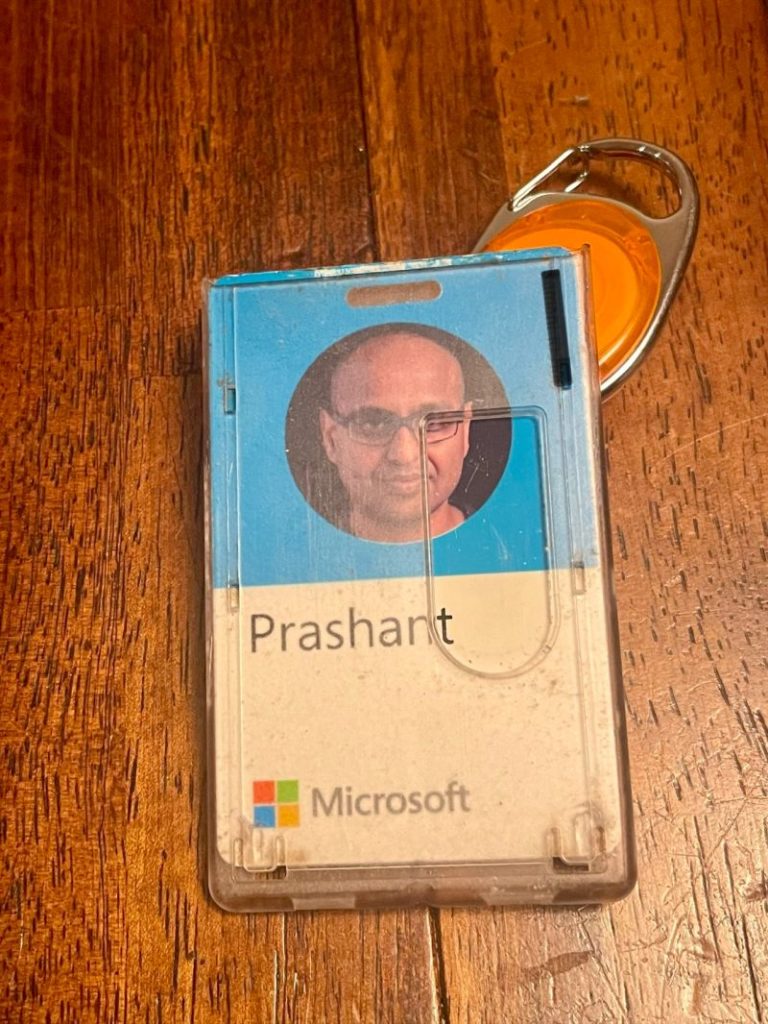 Concluding his post, the man who began working as a software design engineer in 1999, and stayed in that role for around 15 years asked people to recommend him for software management positions.

People online were appalled to know that despite Kamani giving so many years to the company, they terminated his position. This is how they reacted: 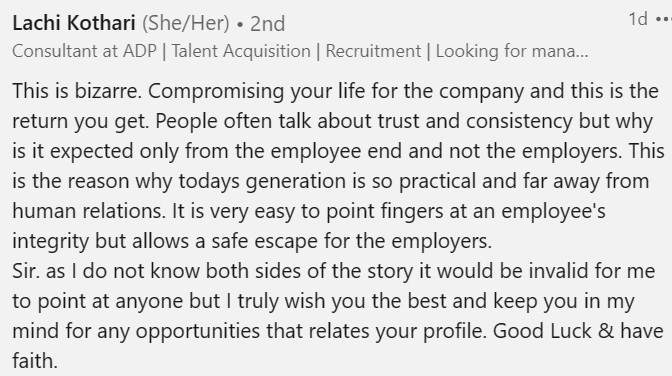 We’re sure any company would be happy to get Kamani on board. Stay strong and positive.