Many people will have you believe that India and Pakistan are rival nations. But how can they be when once, both were a part of the same nation? There are more similarities than there are dissimilarities and one woman realized so after she became friends with a Pakistani woman.

Taking to LinkedIn, Sneha Biswas, an Indian woman, revealed that on her first day at Harvard Business School, she met a Pakistani woman who later on became one of her closest friends.

“Growing up in a small town in India, my knowledge about Pakistan was limited to cricket, history books and the media. All revolving around rivalry and hatred. Decades later I met this girl. She is from Islamabad, Pakistan. I met her on my Day 1 at Harvard Business School . It took us 5 seconds to like each other and by the end of first semester she became one of my closest friends on campus,” she wrote.

She became inspired by how her friend had the courage to chase her dreams despite being raised in a conservative society.

“Over multiple chais, biryanis, financial models and case study preps, we got to know each other. Her stories of growing up in a conversative Pakistani backdrop, but blessed with supportive parents who gave her and her younger sister the courage to break the norms and chase their dreams, resonated with me. Her stories of fearless ambitions and bold choices inspired me.”

“I realized that while pride for your individual nations stand strong, your love for people transcends geographies and boundaries. People, fundamentally, are similar everywhere. Boundaries, borders and spaces are built by humans, and while it all might make sense to the head, the heart often fails to understand them.”

Several people took to the comments section to shower the two friends with support and hoped that the hatred and enmity between the two nations can soon turn into love and friendship. 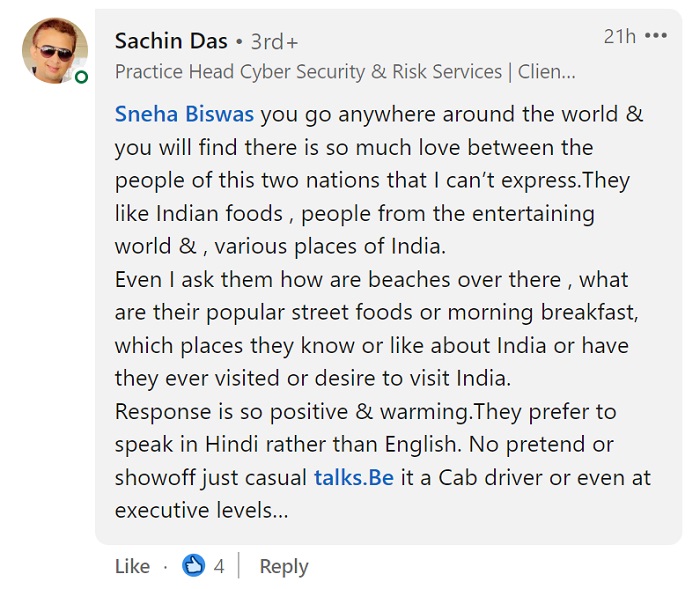 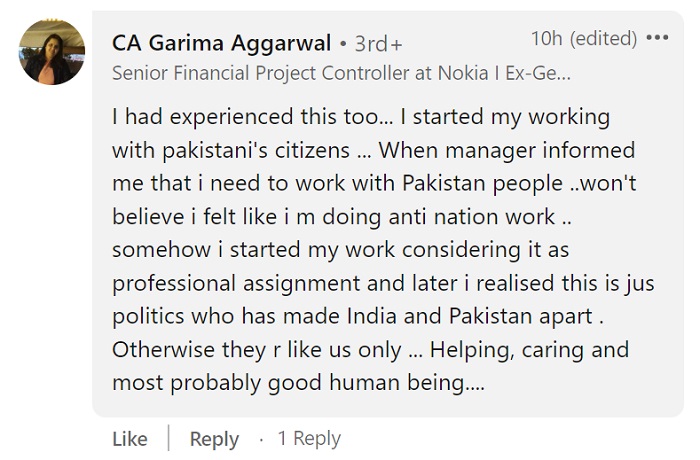 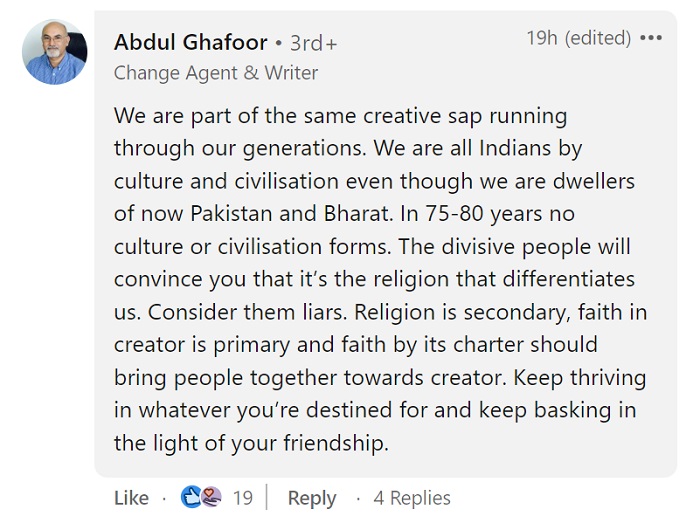 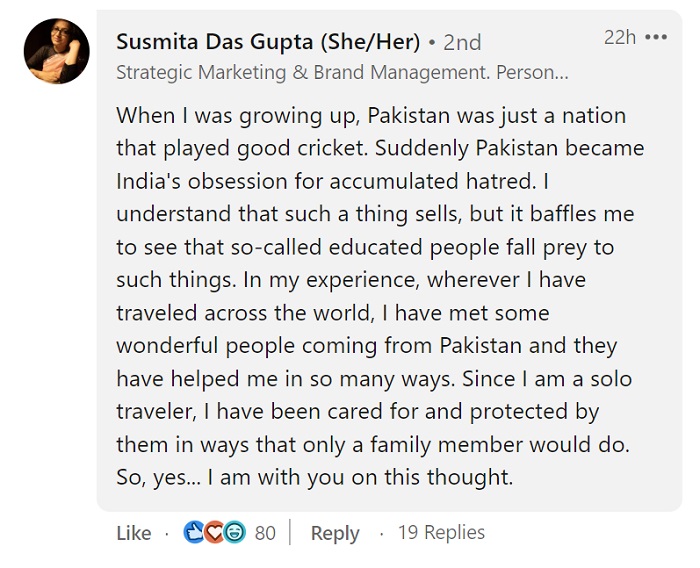