Long queues outside banks and ATMs is a common sight these days across the nation. As banks opened after demonetisation, people rushed to get their ₹500 and ₹1000 notes replaced and/or submitted into their accounts.

Those who were fortunate enough to have gotten their hands on the newest highest denomination currency of our country seem pretty excited and flaunted it on social media as well.

Although, the new currency is said to be very hard for anyone to copy, it is always good to know what makes it unique and learn about its security features.

1. Here’s a specimen of ₹500 banknote with security features  numbered .

In the ₹500 banknote, a window security thread has been added which changes its colour from blue to green when the note is tilted. Also, there is a portrait and electrolyte watermark.

2. The infographic below describes the security features corresponding to the numbered image above. 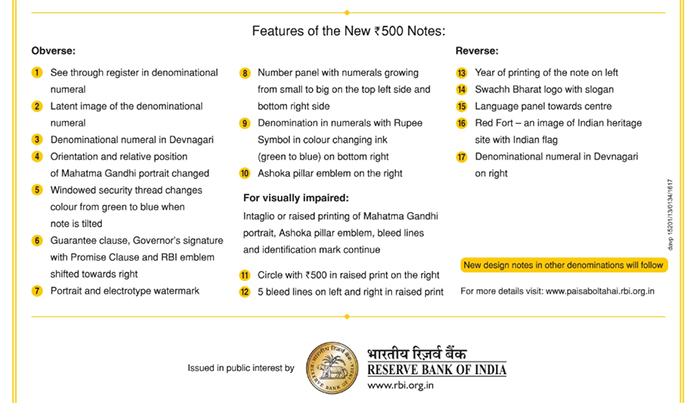 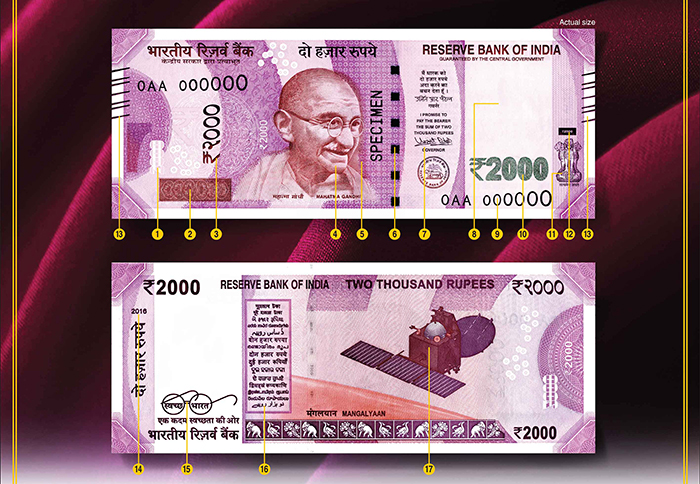 In the ₹2000 banknote, images of denomination and see through registers are included which can be seen at certain angles and when held against light. Also, seven angular bleed lines have been added on the left and right side and in raised print.

4. The infographic below describes the security features corresponding to the numbered image above. 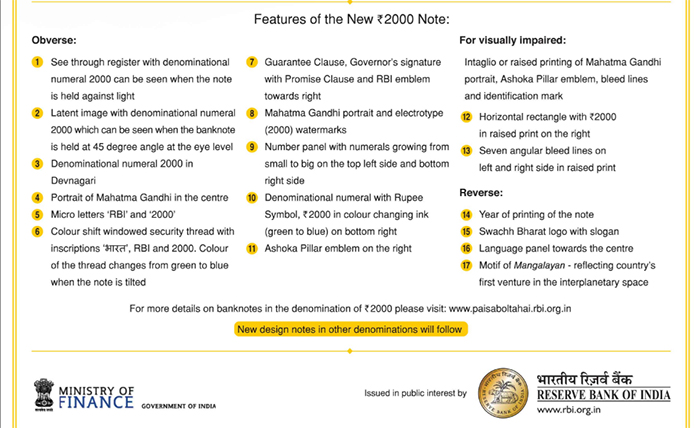 Make sure to remember these safety instructions very carefully and make full use of them the next time you get a new banknote.

All images taken from Reserve Bank of India