Moral policing, public lynching, giving hate speeches, and shaming online, have become common practices these days. And it’s not just verbal, people have started abusing others physically, sometimes for no fault of theirs.

This time around, a married couple kissing in the public eye had managed to offend a lot of on-lookers who thought it would be appropriate to thrash the hell out of the husband. 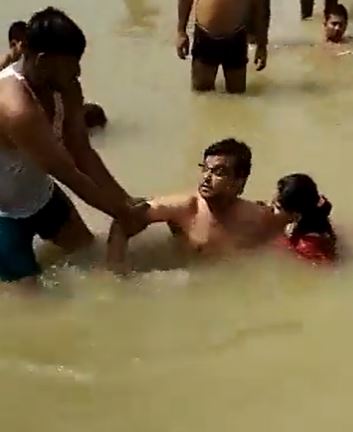 In the video shared by news anchor Shubhankar Mishra on Twitter, a couple is seen bathing in the Saryu River at Ayodhya city in Uttar Pradesh. Moments into the video and the husband can be seen kissing his wife.

But this act irked the people around who were actually focused on what the couple was doing rather than minding their own businesses. 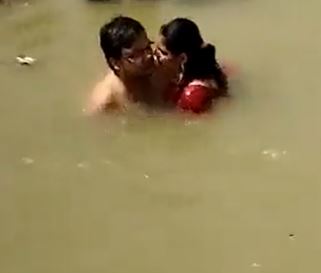 Then came a couple of self-proclaimed civil servants and moral cops who got physical with the man and thrashed him. One after the other, a mop started venting their frustration on this guy who became a victim of public scrutiny. He and his wife were later rescued from the crowd.

In another tweet, Mishra informed that the incident is of June 15 which happened at the new ghat ‘Ram Ki Paudi’. Since no case was registered, the cops were unaware of the incident.

The public pitai of the man got Twitter buzzing. While some called out the unnecessary intervention that could have been dealt with a warning, others thought it was the right way to school the couple for romancing in the holy river.

Now they have problem with husband kissing wife. Moral policing at its lowest. 😡 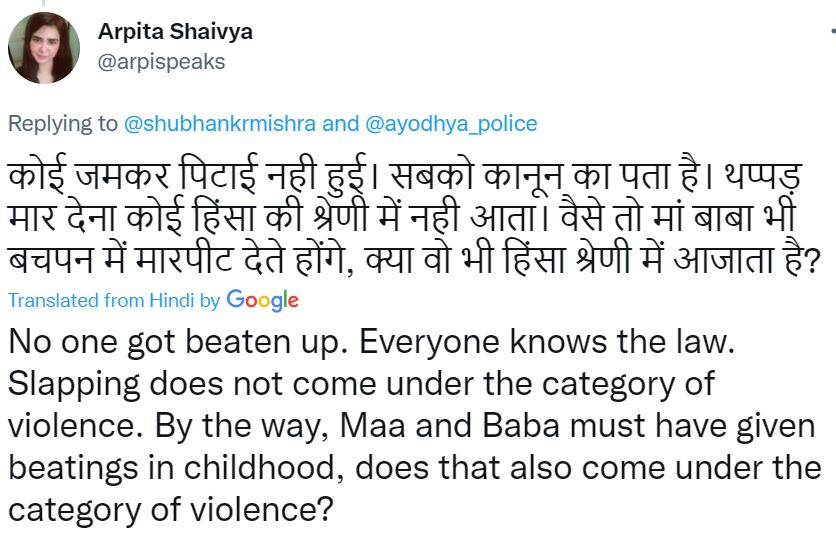 Violence is never the answer. If you feel uncomfortable with someone’s actions, better to buzz off or politely convey your message to them. The moment a mob thinks it can raise hands on helpless individuals, things go out of hand.