Husband Surprises His Wife By Gifting Her A Royal Enfield Bike, Watch Video

The internet is filled with videos of women saving money and gifting their boyfriends/husbands with their dream bike. And it always made me question, why don’t guys gift something similar to women?

But not anymore! Because a desi vlogger named Rohit gifted his wife a Royal Enfield Meteor 350 which is not just a super romantic gesture but also a classic example of breaking stereotypes!

Rohit captured the entire incident on video – from annoying his wife to giving her the grand surprise. He had parked the new bike beside their car and walked his wife towards it. Initially, he said that he bought the bike for himself, but his wife was convinced that it was for her!

She had tears of joy and after soaking in all the emotions, she took her new bike for a spin!

People online absolutely loved how Rohit surprised his wife. Many addressed her as ‘Bhabi ji’ and said that her reaction was priceless. Have a look: 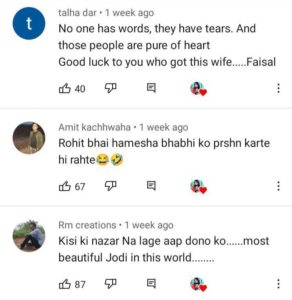 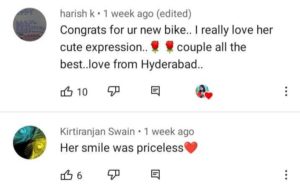 BRB. Waiting for my husband to draw inspiration from this! 😛