A career in the hospitality industry is rife with long hours and hectic shifts. Yet, you would suppose working at the Conrad Hotel in Miami’s posh, Brickell neighborhood would have its perks.

Marie Jean Pierre worked as a dishwasher for the hotel for nearly a decade! All she asked was that she not work on Sundays. But, not because she chose to sleep in or have a binge-watch fun-day like so many of us. Pierre was a missionary for the Soldiers of Christ Church.

As simple as that! The Haitian immigrant informed the hotel of this from the time she was hired, in April 2006. The hotel respected her religious beliefs and allowed Sundays off for a while. However, a kitchen manager insisted on scheduling her to work on Sundays after October 2015. In a fix, Pierre had her pastor write a letter explaining that it would be a violation of her religious beliefs to do secular work on the Sabbath- but the manager allegedly disregarded it. 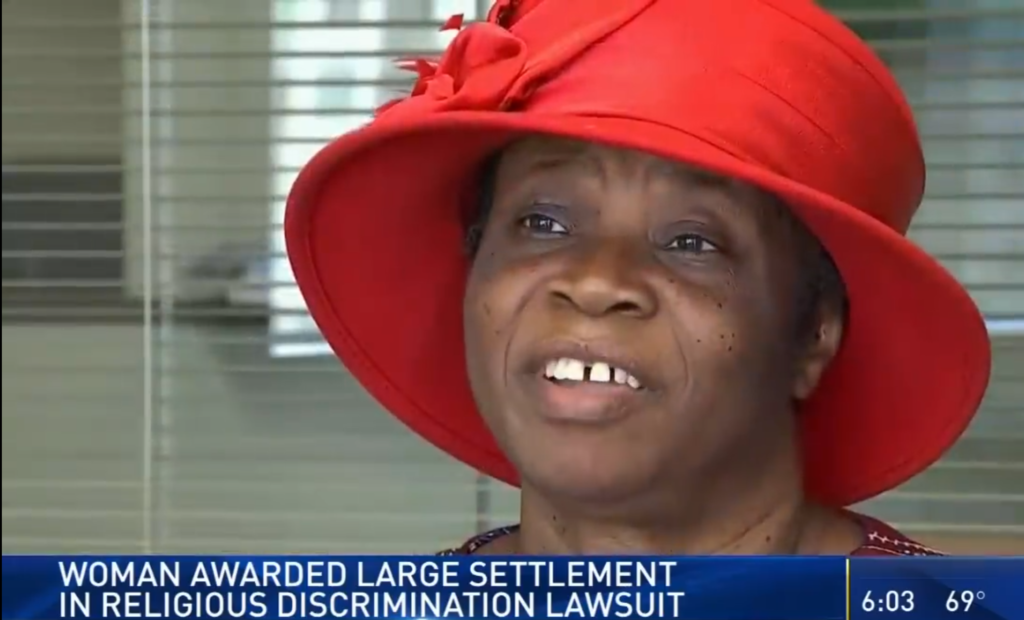 Mary Jean then had sympathetic co-workers to switch shifts with her whenever she needed Sundays off until March 2016, when she was fired. Officially, she was terminated for alleged misconduct, negligence and ‘unexcused absences’.

Distraught, Pierre filed a complaint with the Equal Employment Opportunity Commission. She also filed a lawsuit against Park Hotels and Resorts of Tysons, Virginia (formerly known as Hilton Worldwide, which managed the Conrad). It was for violating the Civil Rights Act of 1964. It bans employment discrimination on the basis of race, color, religion, sex or national origin.

Her attorney, Marc Brumer insists that it isn’t about the money for this Haitian immigrant! “Money wasn’t the issue it was riding on,” Brumer told The Washington Post in a phone interview. “They’re businesses and Park Hotels and Resorts is a billion-dollar corporation.”

“My argument to the jury was, ‘We have to send a message to corporations. They have no heart. A million dollars wouldn’t be right. I mean,
what would be the number that would change the world?” questioned Marc.

Even so, there is a limit on punitive damages that means Pierre shall receive $300,000 (Rs 2 crores) at most out of the $21 million (Rs 149 crores). Brumer maintains that the jurors didn’t know there was a cap. “For them, it wasn’t really money. It was trying to right the wrong. It’s just a great day for religious freedoms and protection of workers,” Bruner said.

However, lawyers at the hotel aren’t backing down nor accepting the verdict. They plan to appeal according to NBC 6 South Florida.

“We were very disappointed by the jury’s verdict and don’t believe that it is supported by the facts of this case or the law,” Hilton said in a statement.

“During Ms. Pierre’s 10 years with the hotel, multiple concessions were made to accommodate her personal and religious commitments,” stated the hotel spokesperson standing their ground.

Do you agree with the verdict or side with Hilton? Tell us in the comments!