Necessity is the mother of invention. We’ve heard it, seen it in action, and now hold it to be an indisputable universal truth. We also know that the world is in need of laughs constantly, and we can never have enough of LOLworthy things in our lives. Clubbing these two things together is this hilarious video that is doing the rounds on social media about a ‘homemade ATM machine’!

When you think of a homemade ATM, you’ll probably imagine some rudimentary setup that dispenses cash, in some remote village where there is no electricity and stuff, right? Well, this one is not what you’d expect! 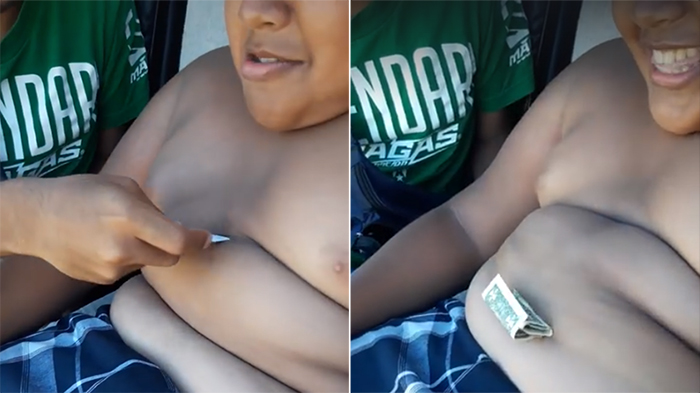 It actually involves a kid, his ample tummy rolls, and some kickass cash dispensing like you’ve never seen before!

Check out the video!

After being shared by two people on Facebook, the video was also shared on Twitter, where it went viral!

On Facebook, the video has already raked up some 11 million views!

People couldn’t help but laugh at this ingenious idea!

Of course, a married man chimed in to complain about his wife doing the same thing!

I wish life was this easy.. https://t.co/5CuPIWpMit

Alright kid, if you can make money appear outta your tummy like that, shut up and take our ATM cards!