16 Most Hilarious Questions From Quora And Their Witty Answers

When they said “There’s no such thing as a stupid question“, some people took it quite literally. When you see couples who have become parents for the first and have absolutely no idea in particular as to when and how their kids learn those obnoxious things, which they say out loud in public, you pity them.

But did you know? There are adults who ask questions without any inhibitions on a public platform. And then there are a few badass’ who precisely writes, what’s needed to be written. Some people asked the most stupid questions ever and here’s what they got.

1. Everything is fair in love and war! 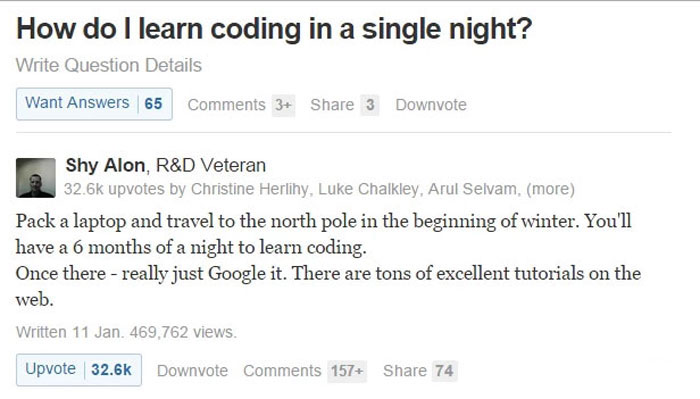 Well, that will take you longer than usual. But you’ll be a hell of a coder. 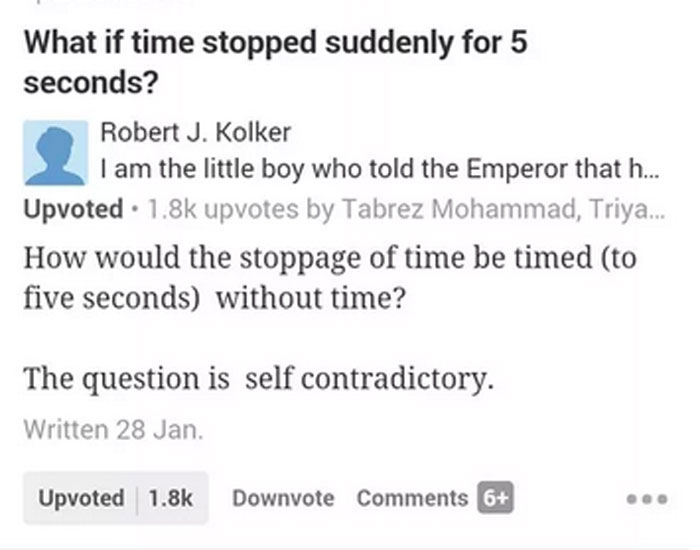 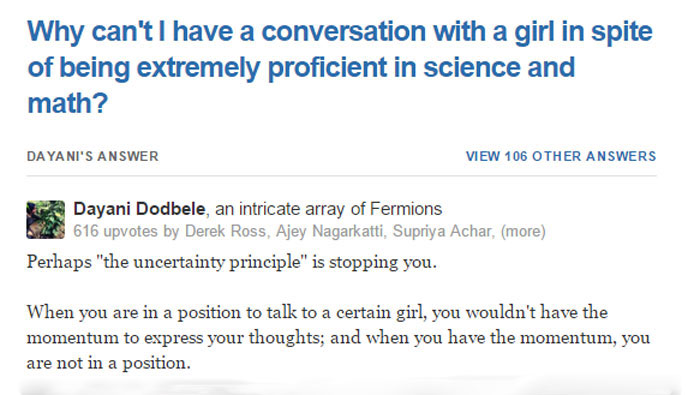 Because you can’t? Get it? Get it?

5. The only solution, tbh

6. Your boat probably sails the other way

And if that doesn’t work then ask Chuck Norris!

Ultimate nirvana, for sure!

8. Just a rumor. Not quite sure

9. Sometimes, you can’t even 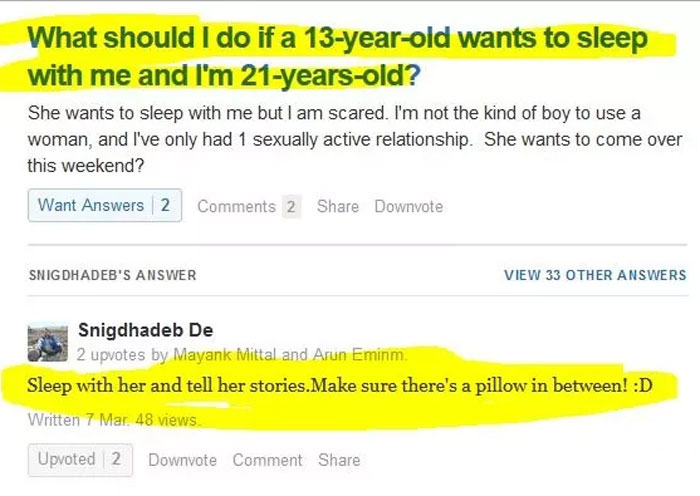 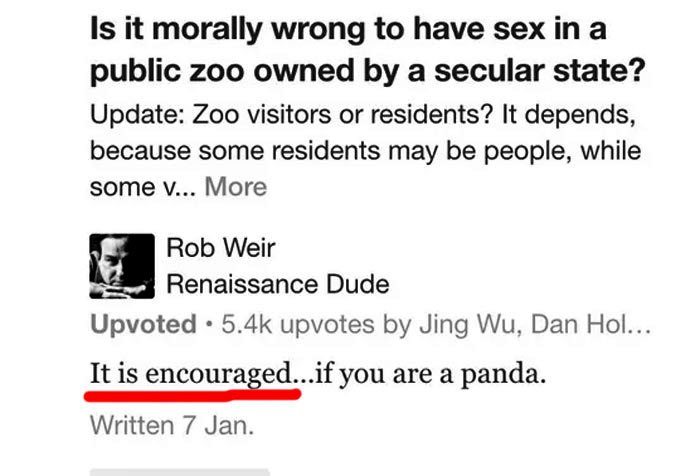 Or go to Uganda, maybe! 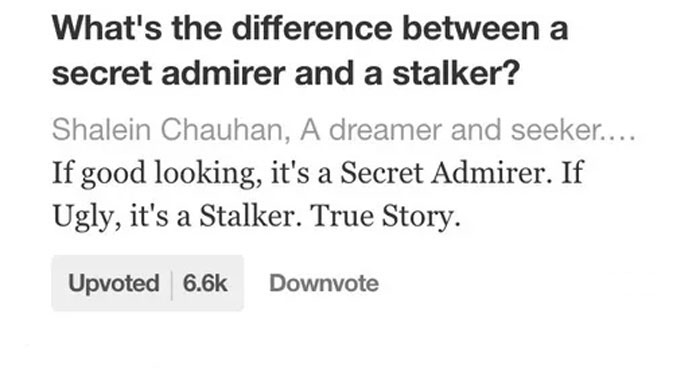 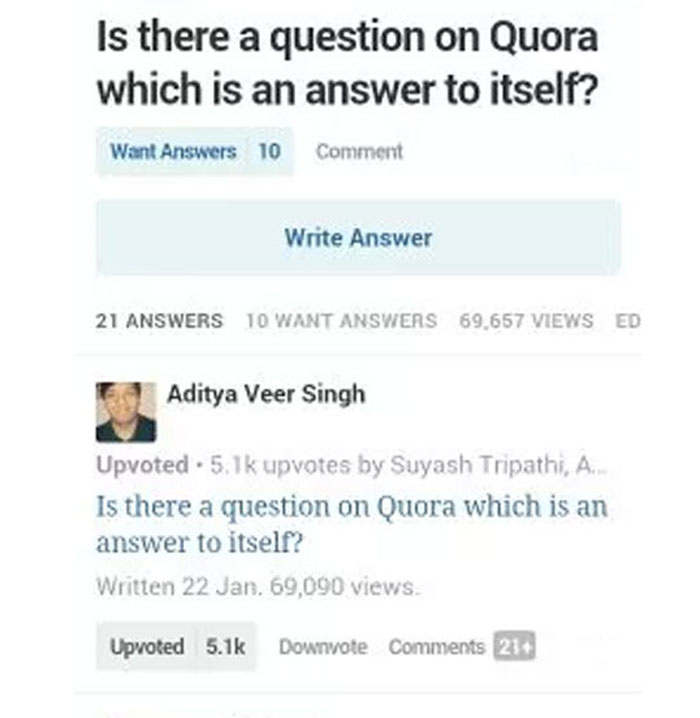 Beautiful girls, all over the world, I could be chasing, but my time would be wasting… 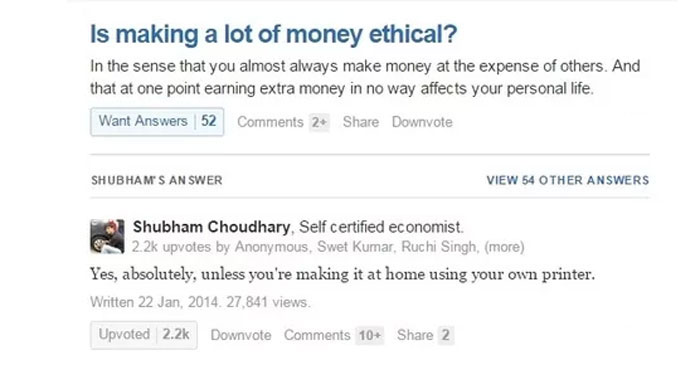 Someone said it, finally.

16. Hit sexism right in the face 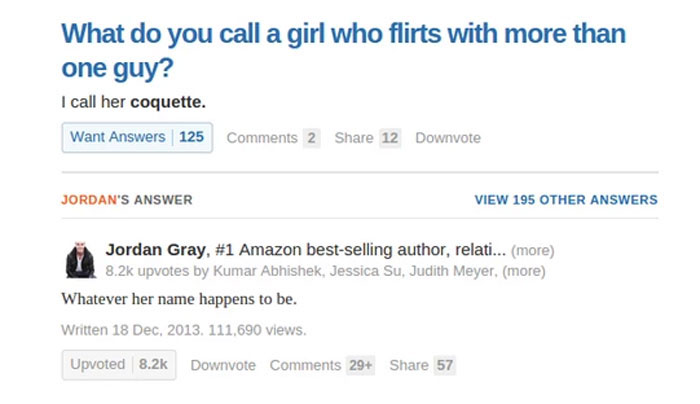