Watch: Woman Gets Rape Threats On Instagram, So She Files Complaint & Sends Guy To Jail

It is difficult to be a woman on the internet, especially a woman with an enormous social media following. Instead of constructive criticism and civil disagreements, she is met with rape threats and online sexual harassment. It is scary. It is dark. And it is undeserving.

One woman, who claims to be a lawyer and educator, runs an Instagram page called ‘LAWgical Connect’ where she posts videos educating people about Indian law and how it can be used in various situations like divorce, domestic violence, road safety, etc.

She posted an Instagram Reel about how she was receiving rape threats from a particular user. Instead of keeping shut about it and let it slide, she decided to do something about it. So, she filed a police complaint and had the guy arrested. 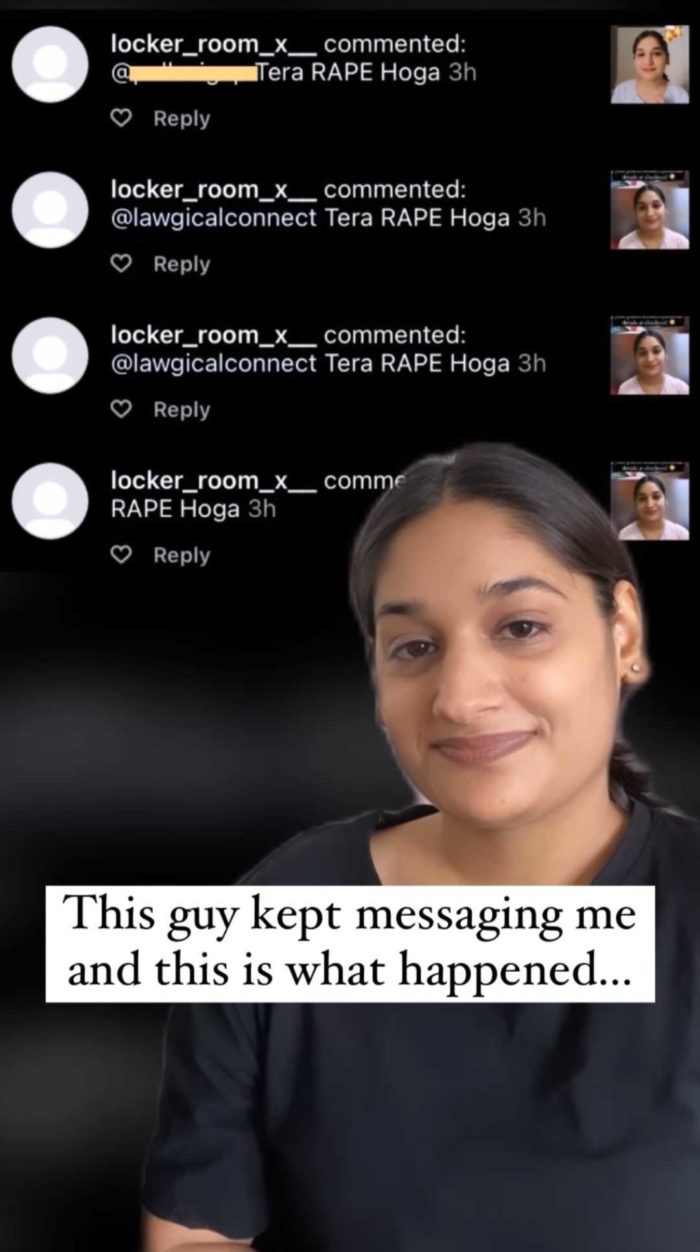 “It is disgusting and scary how comfortable some people of our country have gotten with sending rape/ death threats to women and girls for any and every reason regardless of who that girl is. Something seriously needs to change and it needs to change NOW. Think about how easily that rape/ death threat can turn into a real rape or murder. IF YOU THINK YOU’LL GET AWAY WITH IT, YOU BETTER CHANGE YOUR MIND. You belong in jail. I’ll just keep calling out the creeps, each one of you, just so you know that I am not afraid of you,” she wrote.

Several people online lauded her for bravely handling the situation and hoped for others to get inspiration and act accordingly in similar situations. Here’s what they said: 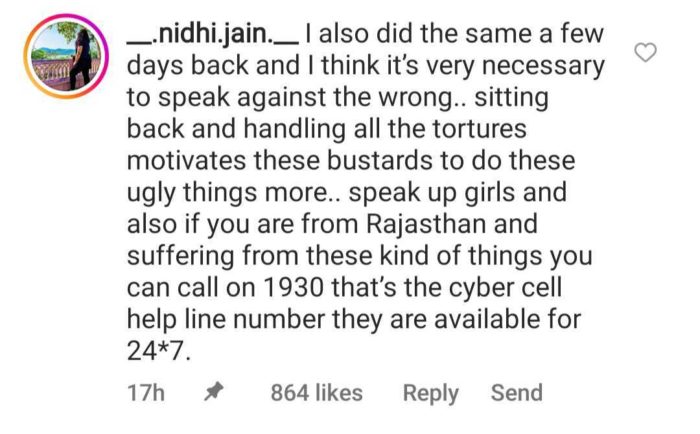 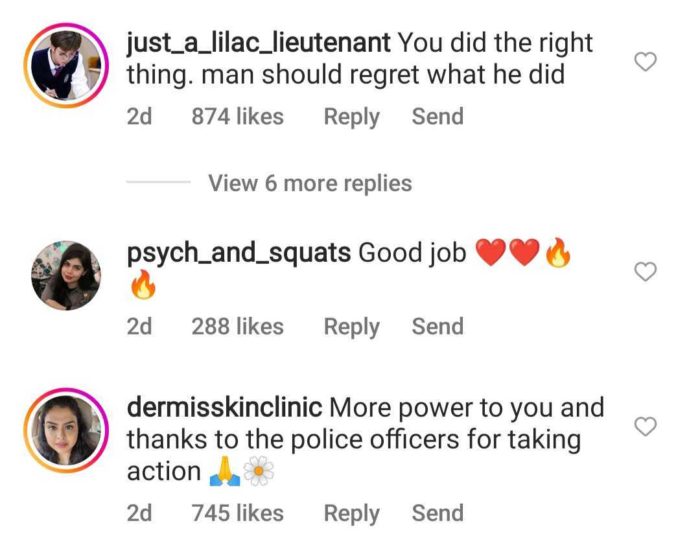 Ladies, remember that receiving threats and unsolicited sexual messages and visuals is punishable under the Information Technology Act 2000. Check out IPC sections 66E, 67, and 67A. Section 354 of the IPC criminalises using force or even threatening to use force against a woman with the intention of outraging her modesty. You can easily file a police complaint against the accused.

It’s high time such online sexual harassers got the treatment they deserve.