While there are several luxuries that celebrities get to enjoy, there are also many downsides to fame. If you look at film actors, their lives are an open book, privacy is rare, social media trolling is rampant and people often violate their personal space when they are in public.

Such a thing recently happened to Shahrukh Khan when he was at the airport with his sons Aryan and Abram. Despite security, a guy came out of nowhere, grabbed SRK’s hand and tried to click a selfie. SRK was caught by surprise and was visibly uncomfortable. It was Aryan who calmed him down and moved him away from the guy.

Several people took to the comments section to slam the man for his disrespectful act. You just can’t go to celebrities and touch them without their consent. Even though they are celebrities, they are not bound to entertain such behavior. 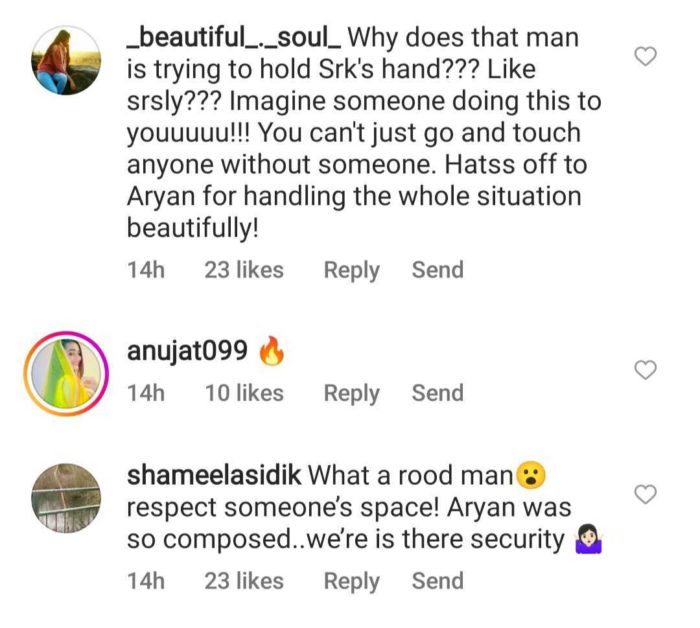 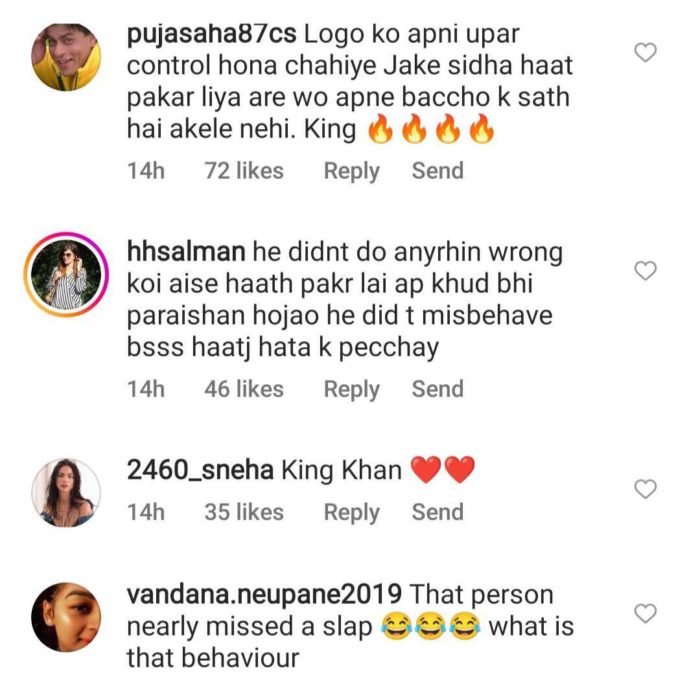 People really need to realise that there are certain boundaries that shouldn’t be crossed. Here’s a man with his two sons, one of whom is just 9 years old, and a person tries to violate his personal space. This sends a dangerous message and shouldn’t be tolerated at all.