Times are changing, and so are the traditions of Indian weddings. There have been constant debates about how weddings comprise of several rituals that are patriarchal. For example, the bride seeking ‘aashirvaad’ from the groom and touching his feet during the wedding ritual stands against the ‘equality’ promised in the relationship.

However, in a video that has gone viral, a groom is seen touching the feet of his bride during their wedding. This incident took place during the wedding of Arnav Roy and Diti Goradia Roy, who took to her Instagram to share visuals from the ceremony.

Even though the wedding took place towards the beginning of this year, Diti uploaded an Instagram Reel of the incident a couple of days back, which has been receiving a lot of love online.

“Our pandit didn’t like this at all. But by the end of the ceremony, he whispered to me: ‘You are one very lucky girl.’ Marry your equal in every sense of the word!” she wrote. 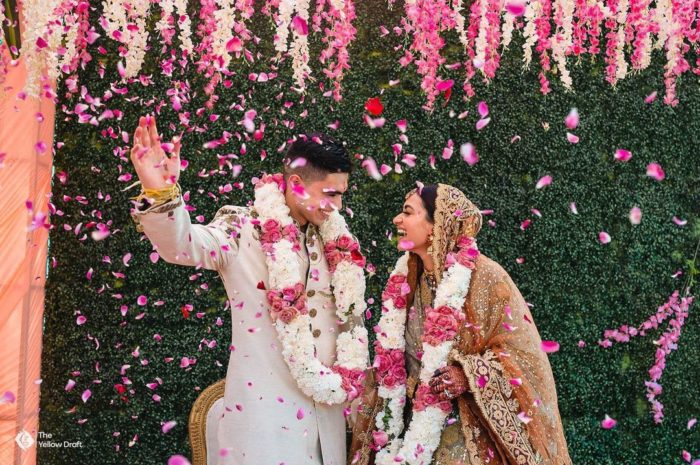 Bending wedding rituals to add a bit of equality for both the partners is a common happening nowadays. Previously, a bride and groom from Bengal touched each other’s feet to seek ‘aashirvaad’. In another incident, ‘kunwardaan’ was performed instead of ‘kanyadaan’ at a wedding. And as we all know, Rajkummar Rao had asked his wife Patralekhaa to put sindoor on his forehead.

These are not just small little ways for a couple to make their big day memorable, but also make a point of how the younger generation is keener on doing things that they believe in, instead of blindly following traditions.