Home Food For Thought Man Attending A Wedding Gets Kidnapped To Be Forcefully Married At Gunpoint...

In a country like India, marriage is a sacred bond. It is a relationship between individuals, validated by society and blessed by God. Marital problems are meant to be solved and compromises are a part of it. In the yesteryear, women did not meet their husbands until the day of the wedding. But today, women have a say in marrying their choice of men.

Women are not the only victims of societal atrocities. ‘Groom kidnapping’ is also a practice popular in several parts of India, but mostly Bihar. In this tradition, a man is kidnapped by the bride’s family and forced to marry the bride against his wishes. If you thought these practices are a thing of the past, think again.

Vinod Kumar, a youth from Patna, was recently kidnapped from a wedding just to be taken to forcefully marry a girl he had never met before. He was held at gunpoint by the bride’s family while he wept and begged to let him go. 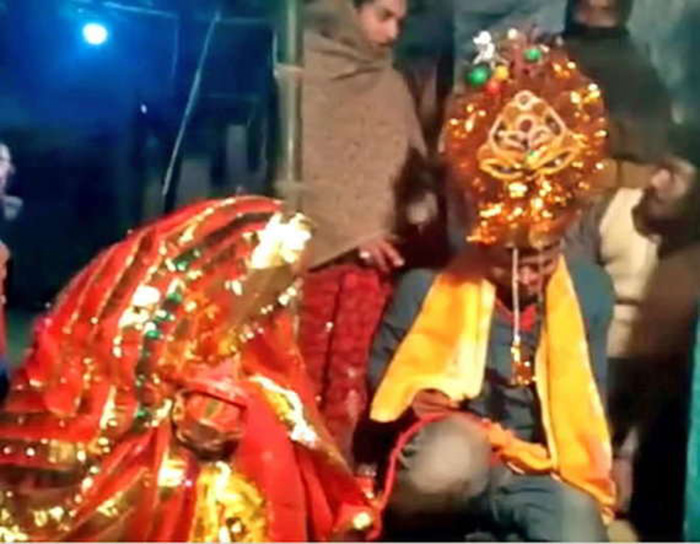 As per a report by Gulf News India,  this practice is called ‘Pakdau Vivah’, in other words – groom kidnapping. It is carried out by families who seek well-to-do grooms but cannot afford dowry demands.

Vinod, who is an engineer with the Bokaro Steel Plant, was attending a wedding in Nalanda district when a few men started befriending him. They asked him to step out with them and then kidnapped him. He was held at gunpoint and was beaten to forcefully conduct the rituals. He said,

“They kidnapped me and took me to a home where I was forced to put vermillion in the hair of a girl. I had never seen her and I don’t know who she is.”

He has filed a written complaint against the assault and the police are looking into the matter. Marriage is a decision for two individuals involved in it, and both, men and women should have a say in this decision making. However, it is appalling to see such practices being carried out even today.