80-YO Grandmother Runs Tata Mumbai Marathon In Saree, Has Been Practicing For It Every Day

When we think of an 80-year-old person, we often make the mistake of imagining them as heavily dependent on other people as they find daily activities difficult. We think of them as walking with the help of walking sticks and mostly lying on the bed. However, the 80-year-old grandmother we are to talk about is unlike any grandmom we have seen.

A woman named Dimple Mehta Fernandes took to Instagram to share a video of her grandmother, Bharti, who recently participated in the Tata Mumbai Marathon. She is seen very comfortably running the marathon in a saree and a pair of sneakers. She further clocked 4.2 km in 51 minutes!

With India’s flag in hand, she also gave an interview with a journalist where she revealed that she practised for this marathon every day. Her message to the younger generation is to move more because it’s very good for their health. She usually goes out running early in the morning.

Have a look at her video here:

People were left awestruck by how energetic this grandmother is. They called her a star and an inspiration and showered her with a lot of love. Have a look: 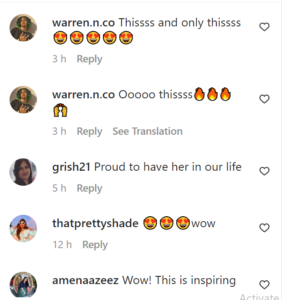 This goes on to prove that age is just a number. Hope this motivates you to get off your couch and move around a little!