90-YO Grandma Wakes Up At 4.30 AM Everyday To Cook For 120 Street Dogs Despite Osteoporosis

They say that a mother’s love is unconditional, but a grandmother’s love is out of this world. Especially Indian grandmothers, most of whom don’t even think about scolding or disciplining their grandchildren. The kind of pampering you would get from your grandparents is on another level.

I say this because a woman named Sana Saxena from Ghaziabad, UP, shared a heartwarming video of her grandmother, Kanak. She is 90 years old and wakes up every day at 4.30 AM to make food for over 120 street dogs! 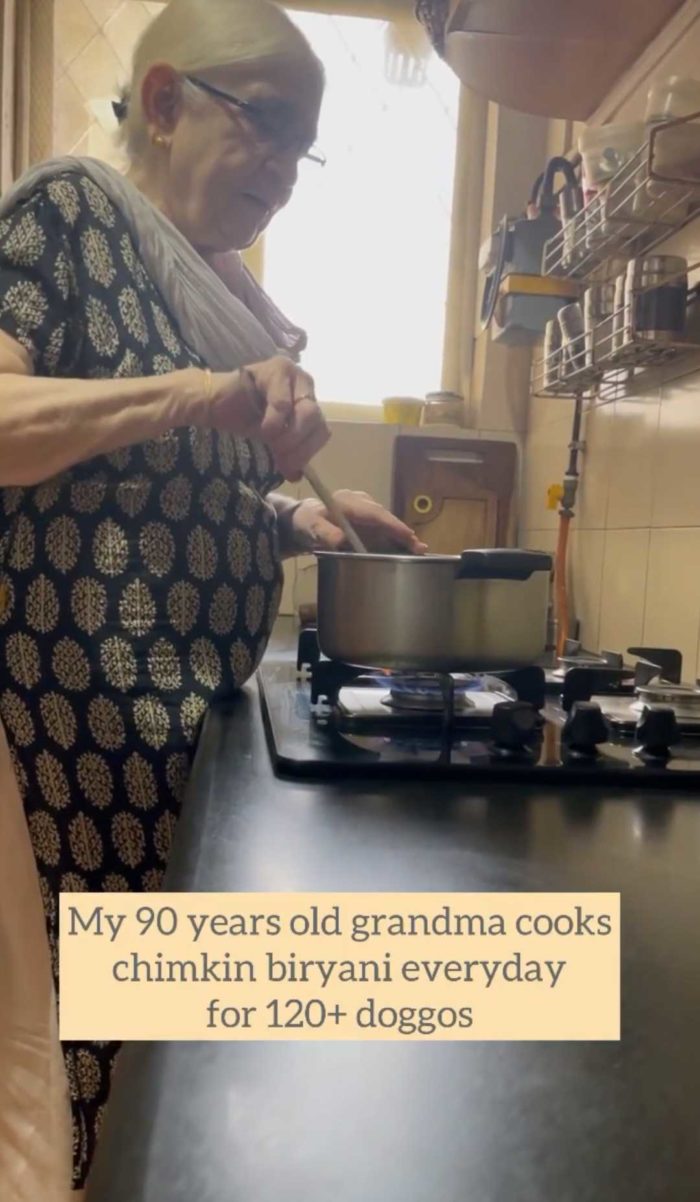 She has osteoporosis and thus, cannot go along with her granddaughter to feed the dogs every day. However, recently, Sana decided to take her along and boy, did grandma Kanak have an enjoyable time with the dogs!

Sana writes, “My 90-year-old grandmother, who has severe osteoporosis, has gone through multiple major operations, became bedridden in between, hasn’t let anything come in between her and her love for the dogs. She gets up every morning at 4.30 AM to cook for 120+ dogs, and tries to experiment with her recipes because her heart only feels full when they relish everything she makes. After each feeding, I come back, and she asks ‘aaj sabne achese khaya? Sabko pasand aaya?’ and then I show her the videos which make her face carry a big smile.” 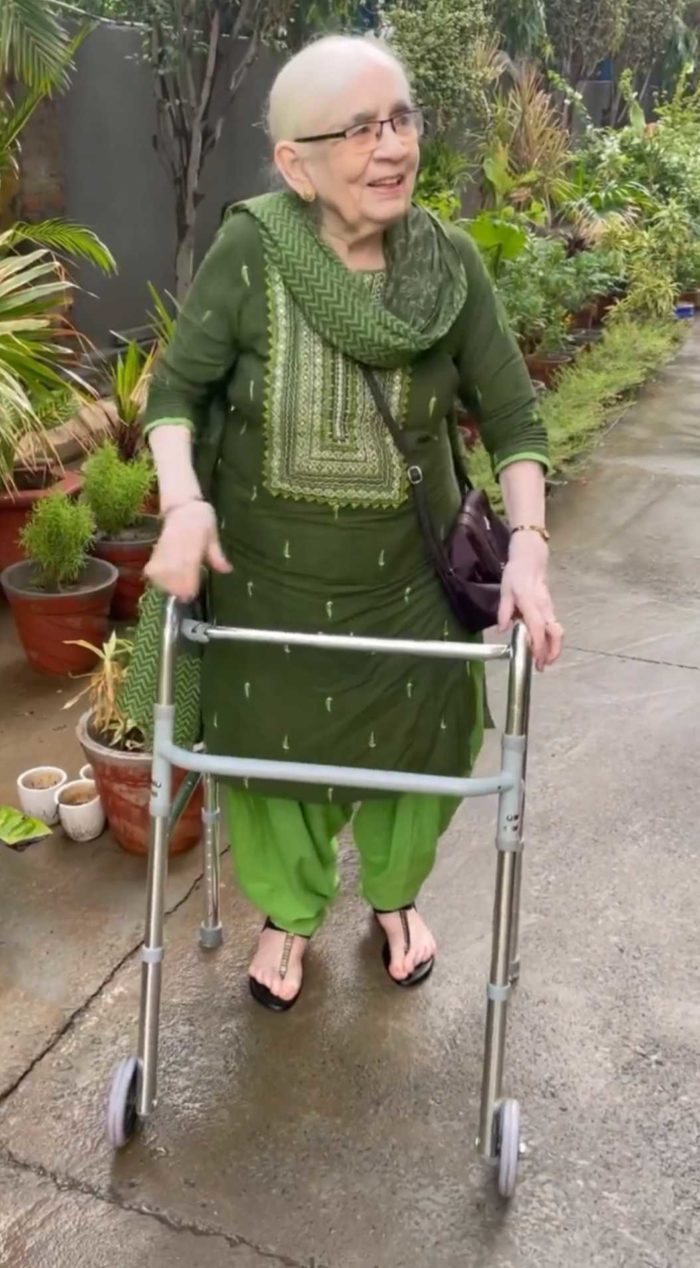 She adds, “Today I decided, I will take her with me, for the first time. There were severe risks regarding her physical health, but she told me – ‘there is no medicine, but there is a dog’s love, aaj meri umar jo hai inki wajah se hai itni lambi, mai banau, ye khaaye, bas yahi khushi chaiye muje’.”

She even fed a few dogs with her hands while sitting inside the car! 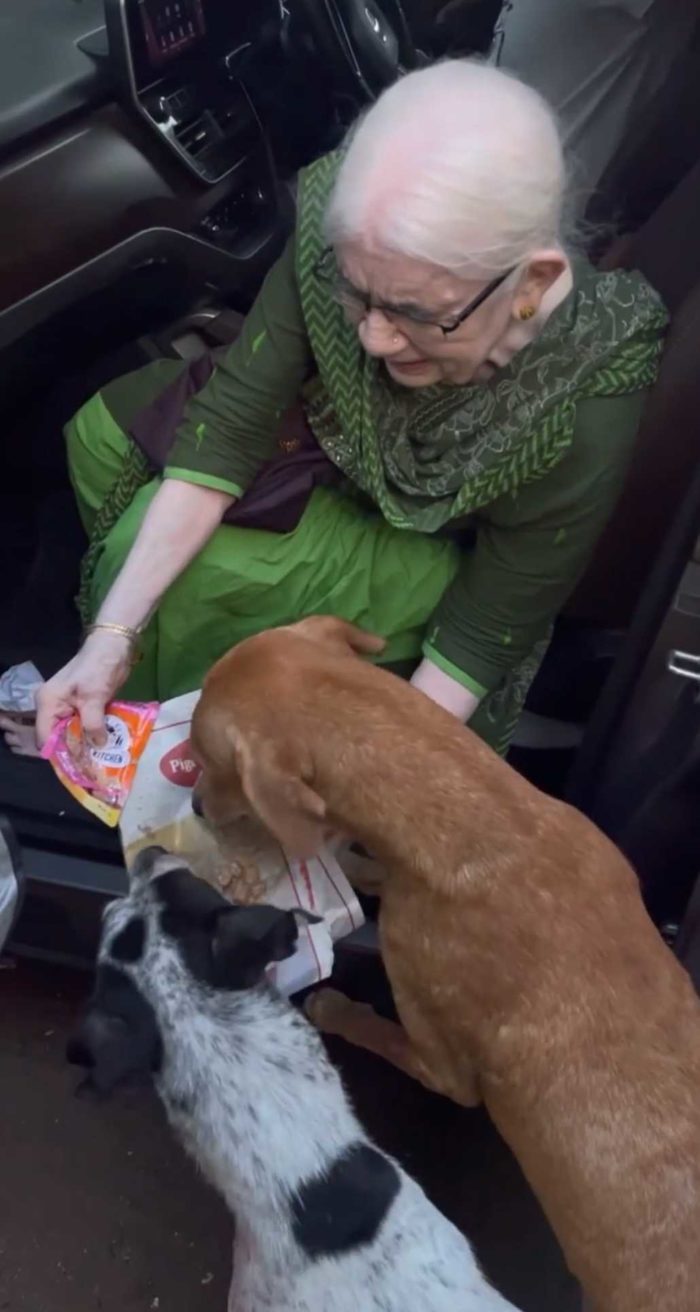 Several people showered their love on grandma Kanak. Here’s what they said: 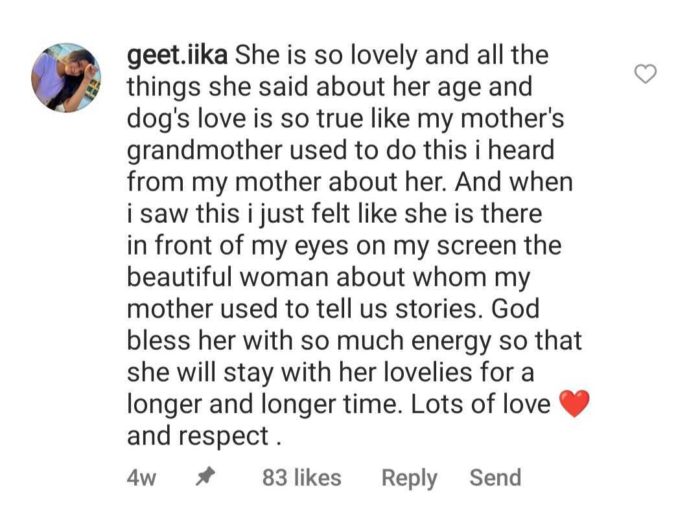 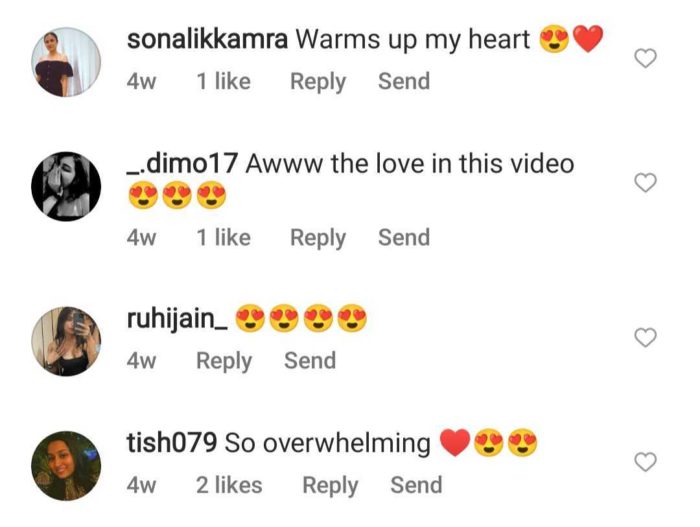 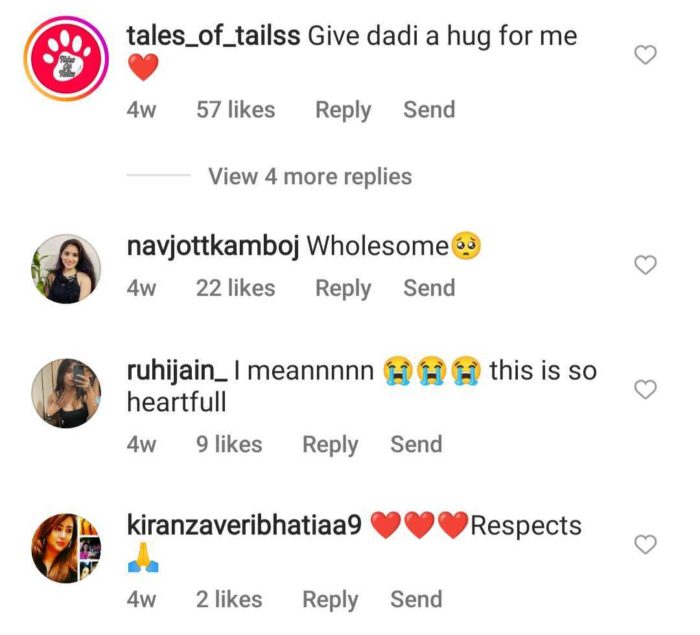 Humans love with conditions. Only dogs love unconditionally and it is a blessing that people like Grandma Kanak exist to make the world a better place. 🙂