‘Game Of Thrones’ Season 8 Spoilers Have Leaked And Fans Are Screaming ‘Dracarys!’

‘Game of Thrones’ fans are no strangers to leaks. Back in 2017, when everyone was patiently waiting for Jon to meet the dragons or the Night King to bash the Wall, they were hit with leak after leak after leak (and then some more).

Still, we made it till the end of that dreaded season without passing out and settled down to wait for Season 8. And just when we were getting excited after witnessing the trailer, the Ravens have brought news of spoilers hitting the internet.

Reportedly, a YouTuber named Frikidoctor had uploaded the entirety of Season 8, Episode 1, which was taken down by HBO soon after. But obviously, they weren’t quick enough because people had jotted down the details and posted them on Reddit. 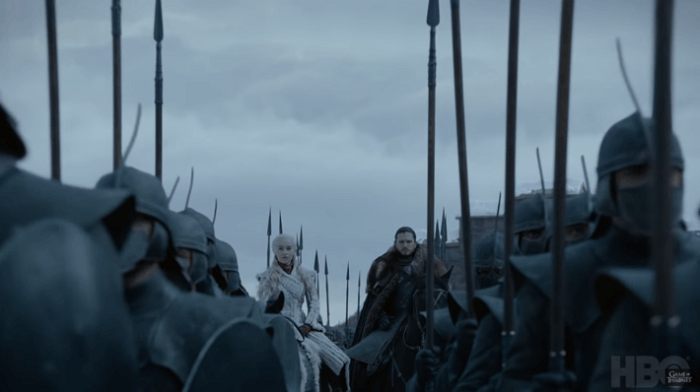 I know how much you care about spoilers. So, I won’t be talking about the leaks in details. But if you want to read them, here are the links to u/Hang_the_dj2 and u/E_v_a_n 5‘s posts.

After waiting for almost 2 years, ‘Game of Thrones’ fans were naturally furious and wanted to burn these spoilers with Wildfire.

How does @HBO let the new @GameOfThrones First episode of Season 8 leak online like 3 weeks early?!?! This better not get ruined for me.

HBO: SERIOUSLY WHO THE FUCK DID THIS AGAIN?

So apparently there’s Game of Thrones Season 8 Ep 1 leaked three weeks prior to its Release. How does @HBO Let that happen? They're spoilers everywhere. Stop this Madness, Would not let anyone ruin it, Ffs. pic.twitter.com/b4MnpmgGc1

I don’t like that GOT episodes are already being leaked. I’m going to be dodging spoilers for the next 2 months.

If anyone leaks any Game Of Thrones shit on Twitter I will fight your ass!

stop with the GOT S8E1 leaks, i didnt wait 2 years for a leak

If you don’t care about spoilers, then the Reddit links are right there. But if you want to watch the final season of ‘Game of Thrones’ in its purest form, then hunker down, block everyone who might spoil it and switch off all your electronic devices till April 14, 2019.