NASA’s New Horizons Will Flyby Pluto Today. Here Is Why Google Made A Doodle About It.

1. What is today’s Google Doodle about? 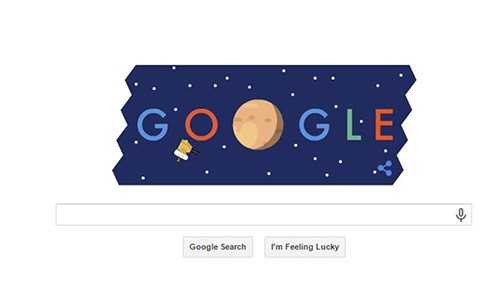 Today’s Doodle is created by Kevin Laughlin to honour NASA’s New Horizons spacecraft, which is is all set to flyby the dwarf planet Pluto today. The Doodle has its second ‘O’ turned into Pluto and the New Horizons spacecraft flies past the planet when you click on it. This scientific breakthrough was celebrated by Google in this adorable way.

2. What is so special about New Horizons?

This is our first chance to get an up close look at Pluto, the ball of ice orbiting the furthest end of our solar system. This is the most we are going to get to see of the universe, until another breakthrough discovery.

3. What are the specifications of New Horizons Spacecraft?

The spacecraft is unmanned and has seven sophisticated science instruments and cameras that are collecting data daily and sending it back to Earth. “The instruments on New Horizons were all designed to work together to give us a comprehensive picture of the Pluto system,” said Cathy Olkin, deputy project scientist for New Horizons.

5. What are the specific instruments?

Together they will help scientists study Pluto’s geology, surface composition, temperature and atmosphere — as well as its five moons.

6. How long has it been travelling?

7. How much distance has it covered?

So now, you know what the celebration is about? 😀