Little Girl Makes Sweet Poster For Father, Displays It At Match Where He Is The Cameraman

When two players or teams are competing against each other in a sports match, all are fixed on them. Sometimes, however, members of the audience manage to steal the limelight.

Earlier, during the IPL season, RCB girl rose to fame overnight and a student reading a book during Rafael Nadal v/s Roger Federer Wimbledon 2019 Semi-Finals got a lot of attention on Twitter.

According to News18, during a recent T20 Mumbai league match, a little girl seated with her mother carried a handwritten placard saying, “My daddy is behind the camera”. Soon enough, other camerapersons captured her and her father waving to each other. Check it out.

The identity of the cameraman or his daughter is not known but their love for each other clearly shines through in the video. The girl’s pride and excitement on seeing her father working his magic is too cute for words.

Here is how people reacted to the sweet video. Take a look. 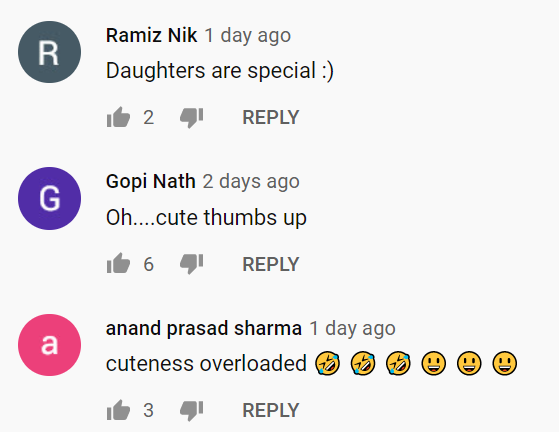 Have you ever been to a match where the attention was diverted to someone in the stands due to their creative sign, half-and-half jersey or face paint? Tell us.