While desi weddings are celebrated with great pomp and show, we have come across many bizarre incidents when things have gone sideways if all parties are not on the same page. For instance, a UP groom’s mother got on stage and hurled a chappal at her son during the jaimala ceremony, or how another girl reached her boyfriend’s house with band-baaja and baraat after he refused to marry her. And now another incident has surfaced in which a woman attempts to confront her boyfriend outside the venue of his wedding.

As per a report in Zee News, a scene unfolded in Hoshangabad, Madhya Pradesh where a girl can be seen outside a wedding hall, calling out for her boyfriend who was marrying another woman. Check it out:

As she was stopped outside the gate, she shouted “Babu, babu” as the wedding guests looked on. Soon, the police arrived at the scene and escorted her away, DNA reports. 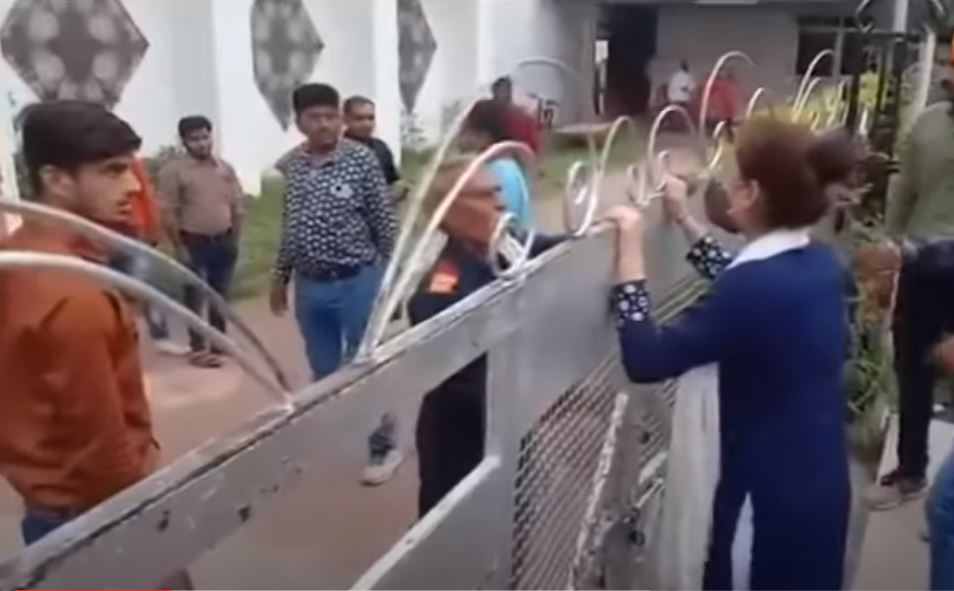 Reportedly, the girl is a resident of Kanpur and alleged that she had been in a live-in relationship with the boy for 3 years, and that they worked at a private firm in Bhopal together.