Henry van Dyke Jr. once said, “It is not the gift, but the thought that counts.” A giver often puts in lots of effort while deciding on and procuring a gift, which is why the receiver appreciates the sentiment and values the gift more than its actual worth.

According to The Independent, such was not the case with an unidentified girlfriend who didn’t want her boyfriend sending over desserts to her house as she “disapproves of food deliveries”.

She said that gifts should be given according to the receiver’s preferences and that ordering food online made people lazy, poor and obese.

She further added that she had quit sugar and didn’t understand why her boyfriend was still sending her cakes.

The screenshots posted on Facebook page ‘All Singapore Stuff’ further reveal that the boyfriend subsequently apologized and sent her cash just as she had half-jokingly requested.

People believed that her ‘complaining’ was uncalled for and asked the man to end the relationship and find someone else. 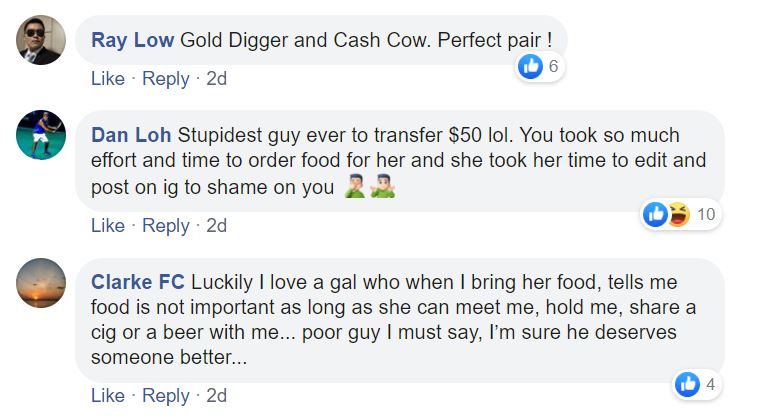 Do you also agree that the girlfriend was being unnecessarily harsh and selfish? Tell us.